‘I Am With You’: YouTube Star Was About to Go Ahead With Abortion When God Spoke These Stunning Words 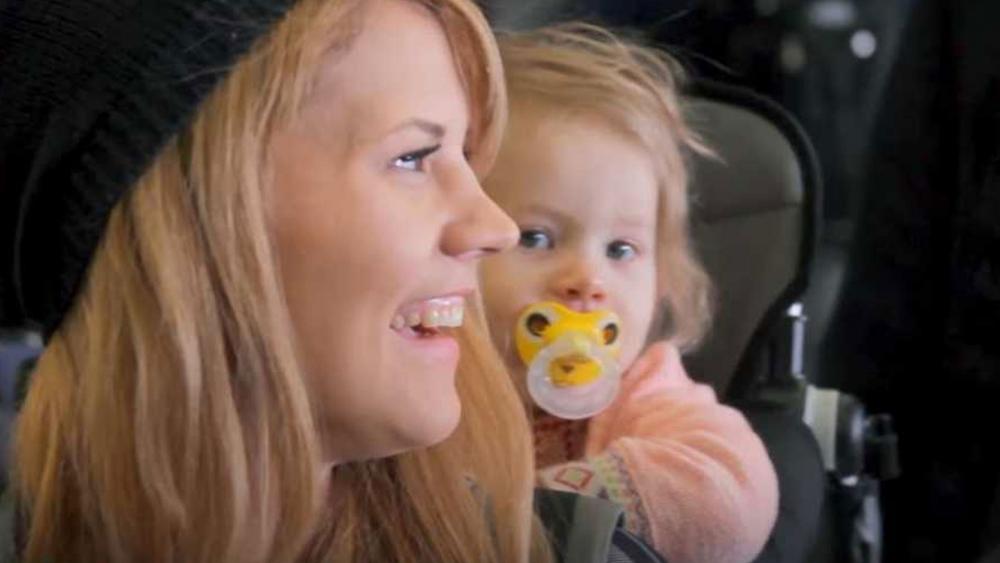 When musician Kimberly Henderson found out she was pregnant back in 2013, she felt like she didn’t know which way to turn. She was young, her boyfriend was cheating on her and she felt utterly overwhelmed at the thought of having to look after a child. So, she did what millions of Americans have chosen to do — she decided to have an abortion. But that wasn’t the end of Henderson’s story.

The singer became famous for a video she posted of herself singing to her daughter, Vaida. Within just one week, it garnered a staggering 20 million views on YouTube.

Kimberly eventually released her debut single, “Tiny Hearts.” She told TV host Steve Harvey that the song is about “her children, single moms and the journey of motherhood.”

But it hasn’t all been smooth sailing for the star. In an incredibly insightful and honest Facebook post, the singer and YouTube sensation took fans back to those fateful moments as she waited to terminate the life of her unborn child:

“I had my mind made up. My boyfriend was cheating on me. I have small kids, what will people think?? I kept telling myself I’m all alone I need to do this,” she wrote in the post.

But Henderson still felt uneasy about what she was about to do. She was extremely emotional at the thought of ending her unborn baby’s life, and was weeping uncontrollably.

“I prayed God would stop and give me a sign, give me the strength to get up and walk out of here,” she explained.

Then, as she waited for hours to be called forward for the fatal procedure, she cried out to God for help, asking Him for a sign. What happened next was utterly remarkable:

“The lady called me to the desk. Last step before you go back. I fumbled through my wallet to find my drivers license and out fell a card a couple left on the table Saturday night when I was working. … It had their church name on it. On the back was a common verse:

‘Don’t be afraid, for I am with you. Don’t be discouraged, for I am your God. I will strengthen you and help you. I will hold you up with my victorious right hand.’ Isaiah 41:10

I knew God was speaking to me.”

Immediately, Henderson knew she was making a terrible mistake.

“I told the lady I changed my mind,” she wrote.

As she turned around and made a swift exit out of the clinic, Kimberly ended up having a heartbreaking conversation with a teenager who was waiting for an abortion:

“A young girl no older than probably 19 says to me, ‘Are you going to do it?’ I told her I couldn’t. She said, ‘I wish I could be brave like you.’ I told her she was brave and she could do the same thing. She said she had to do it because of some serious circumstances. As I turned around she said, ‘When you see your baby’s face for the first time you’re gonna be so glad you walked out of here today.'”

Read the rest of the story and see the first photos of Kimberly's daughter at FAITHWIRE.COM.