'The Simpsons' Mocks Christianity Calling It A 'Dopey Religion' 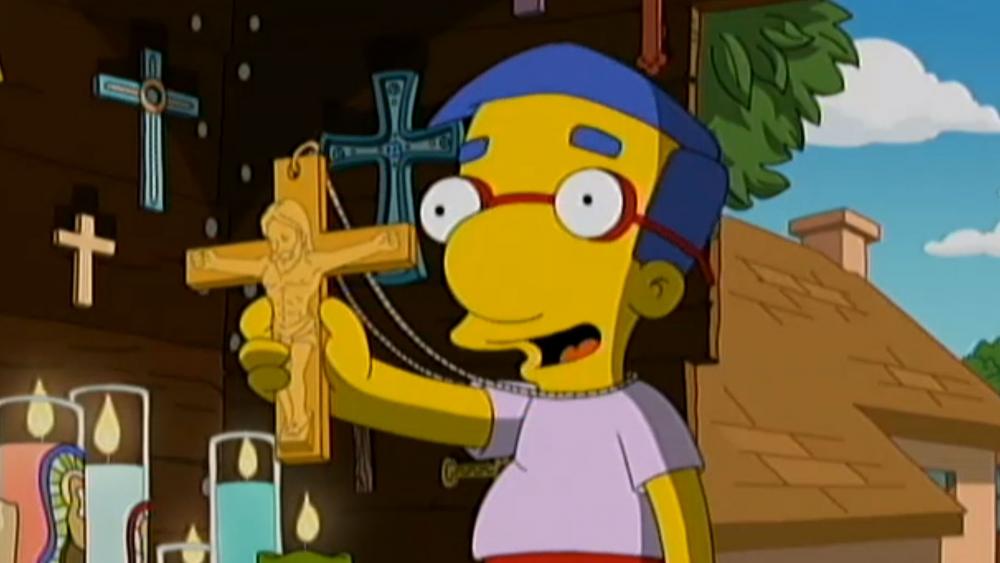 The simpsons
In it's latest mockery of religion, The Simpsons TV show makes a quick jab at Christianity when one of the characters calls it 'dopey.'
Bart Simpson is struck by lightning in the episode and experiences nightmares that he has died and is being haunted by ghosts.
During the episode, Bart decorates his tree house in crucifixes to ward off spirits, even though he isn't a Christian.
Meanwhile, the character of Millhouse, who is a Christian, gets excited when he sees it and asks, "What's going on, Bart? Are you into God now? I always was. Look at those abs. The secret is less loaves, more fishes."
Bart then replies, "I don't believe in some dopey religion. This is to keep out ghosts."
Religion is a reoccurring theme at the show, and this isn't the first time it's targeted Christianity.