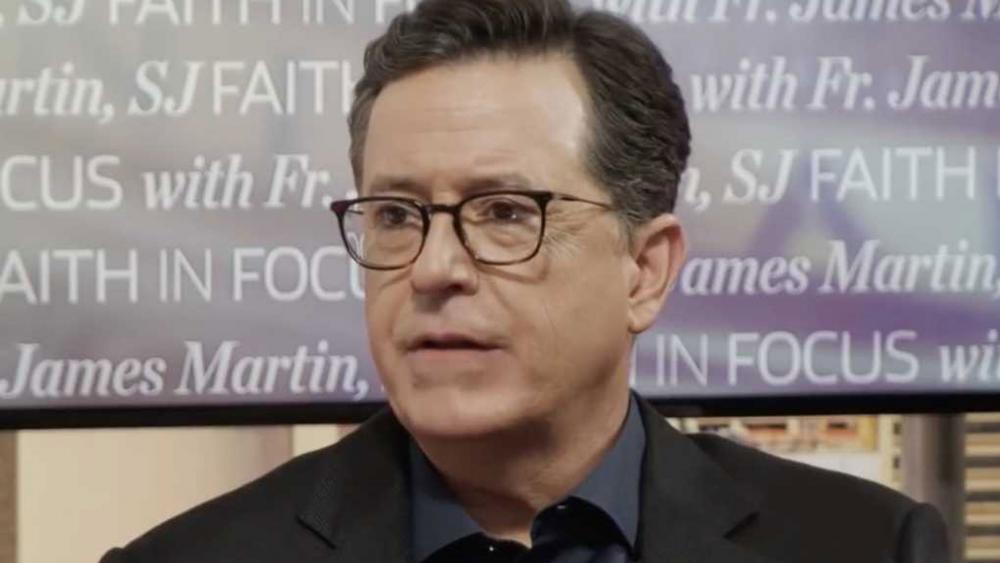 Stephen Colbert, host of “The Late Show” on CBS, recently revealed the serendipitous encounter that led him away from atheism and back to his Christian faith.

Somewhere along the way, Colbert, who was raised in the Catholic Church, abandoned religion. Mourning the loss of faith, the comedian was convinced the God he was taught to trust and love must not be real.

All of that changed, though, one cold day in Chicago.

Standing outside on the street corner, a man walked by Colbert and handed him a small, green Gideons copy of the New Testament, Psalms and Proverbs. The CBS host told Fr. James Martin, a Jesuit priest, he flipped the Good Book open, found the glossary and went to the first verse for dealing with anxiety.

‘Never Give Up’: Young Girl With Rare Congenital Condition Inspires Others With Faith and Song

“It was Matthew, chapter 5, it was the Sermon, ‘And so I say to you, do not worry, for who among you by worrying can change a single hair on his head or add a cubit to the span of his life?’ And I was absolutely, immediately lightened,” Colbert recalled. “For the first time, I understood the real meaning of the phrase, ‘It spoke to me.’ Like it read off the page, the words of Christ read off the page.”

Colbert said he stayed on that cold street corner until he finished reading Jesus’ Sermon on the Mount.

“My life has never been the same,” he said.

At another point in the interview, Martin asked Colbert what God looks like to him.

“It’s Christ, it’s Jesus,” Colbert replied. “It’s not the old man with a beard, it’s not the Old Testament God. If you’re really looking for literal imagery, what I think of when I think of God, I think of Jesus, and then that image dissolves, because I then try to subsume that single image into the trinity.”