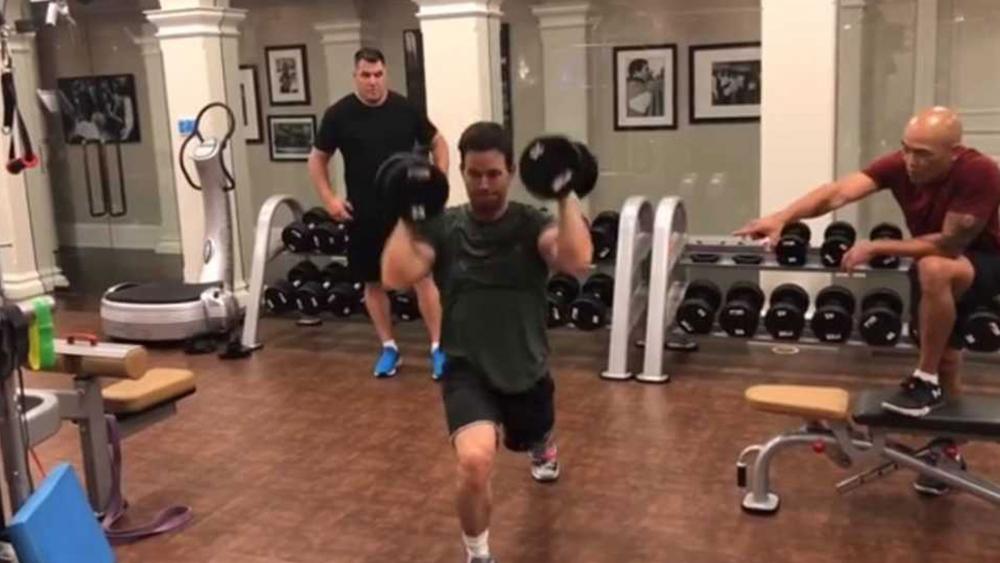 Actor Mark Wahlberg has revealed details about his militant daily workout routine, but there was one element that shocked many of his fans – prayer.

Wahlberg, who is one of the most highly paid actors in Hollywood, explained to followers on Instagram how he would often wake up as early as 2:30 am before setting himself up for the day with a full 30 minutes of prayer.

“Being a Catholic is the most important aspect of my life,” the “Shooter” star told the Catholic Herald back in 2010. “The first thing I do when I start my day is, I get down on my hands and knees and give thanks to God.”

He continued: “Whenever I go outside of my house, the first thing I do is stop at the church. The kids will be mad with me. ‘Daddy! It takes too long!’ I’m saying: ‘It’s only 10 minutes and this is something I really need to do.’ Because I do. If I can start my day out by saying my prayers and getting myself focused, then I know I’m doing the right thing. That 10 minutes helps me in every way throughout the day.”

“I just always hope that God is a movie fan and also forgiving,” he added.

Following a high-protein breakfast at 03:15, Wahlberg completes a 95-minute workout followed by yet another meal, shower, snack, golf and “cryo chamber recovery” treatment. Oh, and all that before 10:30 am. So how does he do it all? Well, an early night is essential – he goes to bed at 19:30 every night.

His calorie intake is outrageous:

“I start out with steel oats, blueberries and peanut butter for breakfast,” Wahlberg said. “Then I have a protein shake, three turkey burgers, five pieces of sweet potato at about 5:30 in the morning. At 8 o’clock, I have about 10 turkey meatballs. At 10:30 am, I have a grilled chicken salad with two hard-boiled eggs, olives, avocado, cucumber, tomato, lettuce.

Then at 1 o’clock, I have a New York steak with green peppers. At 3.30pm, I have grilled chicken with bok choi. At 5.30/6 o’clock, I have a beautiful piece of halibut or cod or a seabass, with some vegetables, maybe some sauteed potatoes and bok choi. And I have a lot of Aquahydrate during the day. That’s it.”