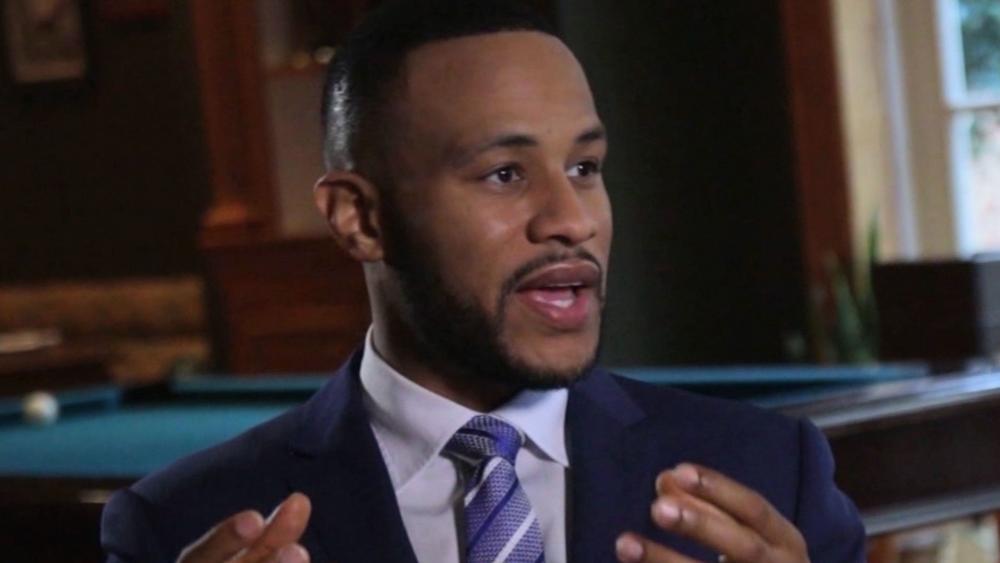 Hollywood film producer DeVon Franklin recently spoke out about his new hit film, “Breakthrough,” revealing that the movie, which stars actors Chrissy Metz and Topher Grace, is based on the true story of a teenager who died and then came back to life after his mother uttered an impassioned prayer to God.

“‘Breakthrough’ is a true miracle story of a mother who prays her son back to life,” Franklin said on a recent episode of PureFlix.com’s “Pure Talk.” “He died, John Smith, when he was 14 years old. He fell through a frozen lake.”

Smith was submerged for 15 minutes on January 19, 2015, when he fell through the ice while standing on Lake Sainte Louise in Missouri. Doctors proceeded to work on Smith after his harrowing rescue, but Franklin said they tragically concluded they had done all they could and believed the boy wouldn’t survive.

That’s when the boy’s mom, Joyce (portrayed by Metz in the film), went into the hospital room — and something incredible happened.

Watch Franklin discuss the amazing miracle behind “Breakthrough” — and the ways in which he approaches faith films:

“She goes into the emergency room. There’s her son … laying dead on the table,” Franklin said. “Instead of saying goodbye, she speaks life. She goes over to his feet, puts her hands on his feet and says, ‘Holy Spirit, bring back my son.’ Next thing you know, John Smith came back to life.”

Doctors were still convinced that Smith wouldn’t recover, considering how long he had gone without oxygen. But, to their shock, he not only recovered, but today it’s as if he never went through the deadly ordeal.

Franklin, who previously produced “Miracles From Heaven” and “Heaven Is for Real,” said he was attracted to the “improbability and impossibility” of the entire ordeal.

READ ALSO: 5 Family Movies That Will Make You Believe in Miracles

The filmmaker believes that the film sheds light on the importance of prayer, and that the story has expanded and deepened his own Christian faith.

“If she did not go in there and pray he would be dead right now,” Franklin said. “That is what brought me to it … she didn’t allow death to stand in the way of speaking life.”

Franklin said that the physicians who treated Smith remained dumbfounded by the teen’s miraculous recovery.

“Both doctors who treated John said they had no hope that he would recover,” he said. “They are like, ‘It’s nothing but God.’”

Do you believe in miracles? If you’ve seen “Breakthrough” and want more miracle stories, you can watch PureFlix.com titles like “Miracles: The Power of Faith,” “About Miracles” and “Heroes Among Us, Miracles Around Us.”