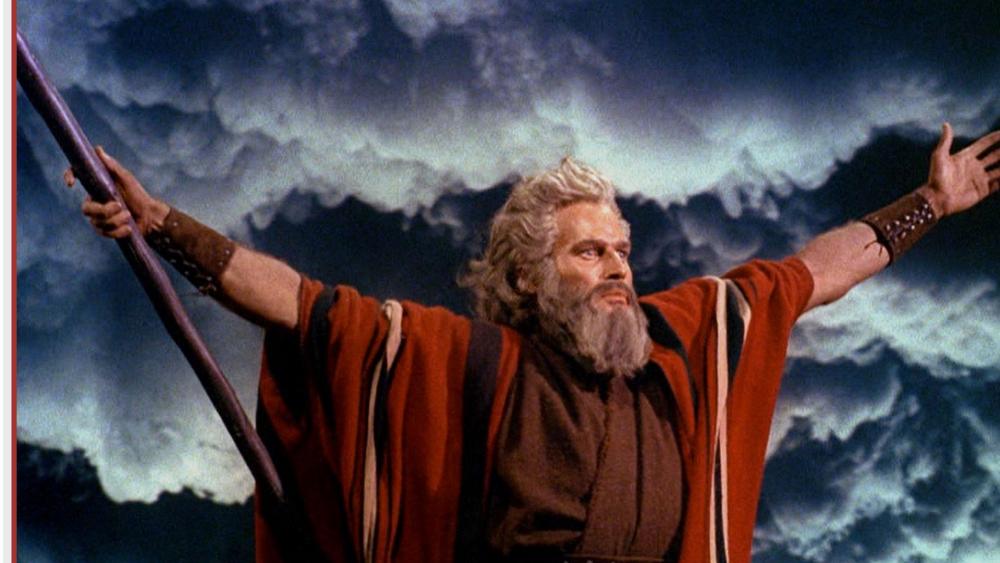 Screenshot of Charlton Heston as Moses from the trailer for Cecil B. DeMille's 1956 epic "The Ten Commandments." (Image credit: Paramount/Wikipedia)

Cecil B. DeMille's biblical epic about an original game of thrones played out between two Egyptian princes will be seen again on broadcast television this weekend.

The Academy Award-winning The Ten Commandments will air on the ABC television network at 7:00 pm Eastern/6:00 pm Central, Saturday, April 3.

Spoiler alert:  One prince wins the throne, while the other ends up as a messenger for the Most High.

Except for one gap in 1999, the 1956 classic film, starring Charlton Heston as Moses and Yul Brynner as Rameses, has been broadcast by ABC around Easter and Passover since 1973.

The Ten Commandments remains one of the most popular films ever made. It was nominated for seven Academy Awards, including Best Picture, and won the Oscar for Best Visual Effects.

It was also a box office hit. The film is the seventh-highest-grossing film of all time, adjusted for inflation, according to Wikipedia.  As of 2011, the movie was estimated to have brought in more than $2 billion.

The cast reads like a who's who of old Hollywood. Along with Heston and Brynner, the film also stars Anne Baxter, Edward G. Robinson, Yvonne De Carlo, Debra Paget, John Derek, Vincent Price, and John Carradine.

The working title of the film was originally "Prince of Egypt." It was directed and produced by DeMille, who intended it as a remake of his earlier 1923 Paramount film The Ten Commandments.

In the original theatrical version of the film before the opening title credits, DeMille is seen stepping from behind a curtain and onto a stage. He then directly addressed the viewing audience, telling them that the Bible omits approximately 30 years in its description of the life of Moses and that the filmmakers drew upon historical works such as those by Philo and Josephus and the Hebrew Midrash for the picture.

The director also explained that the subject of Moses' life is particularly timely, as it deals with themes such as whether man is to be ruled by God's law or the whims of a dictator like Rameses. The director said the filmmakers' intent was "not to create a story but to be worthy of the story divinely created 3,000 years ago, the five books of Moses."

Watch the original introduction to the film below:

The film also has the significance of having the most expensive special effect ever made for a film -- the parting of the Red Sea.

In April 1955 the New York Times reported the special effects team "built a 200,000 cubic-foot swimming pool and installed hydraulic equipment that could deluge the area with 360,000 gallons of water in two minutes flat."

A May 20, 1955, Hollywood Reporter news item asserted that the Red Sea sequence would cost $500,000, both for filming and creating the special effects. The Times review, however, claimed that the scene "cost more than a million dollars and took 18 months to shoot."

In 2018, Jeff Pfeiffer wrote an article posted to the TV Insider  website about The Ten Commandments re-airing on ABC and asked the questions: Why is the film still so popular today when any film, including The Ten Commandments, is readily available via streaming or DVD?  And why do people still display a sometimes passionate desire to see ABC air this film every year at around the same time?

"This seems to be a case where it's not only the film itself but the tradition of watching it on television, most likely with family, that combines to make it a special event for many viewers, perhaps made stronger set against the backdrop of various spring holidays," he wrote.

"Television times may have changed, but ABC's annual Easter airing of The Ten Commandments can still give (particularly older) viewers some sense of that comfort and familiarity," Pfeiffer continued.

So this Saturday night, plan on spending some time with your family watching the movie... and pass the popcorn.

NOTE: You can also watch a special extended trailer made in 1956, announcing the upcoming release of Paramount Pictures and Cecil B. DeMille's "The Ten Commandments." At 10 minutes in length, it plays more like a mini-documentary and features DeMille explaining the life of Moses and the production process behind the film. 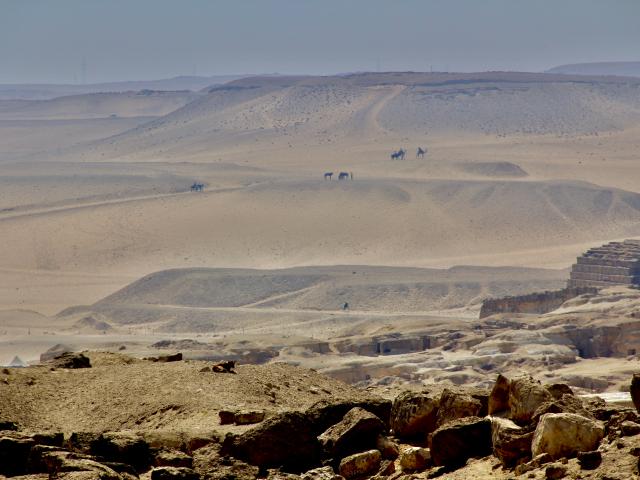 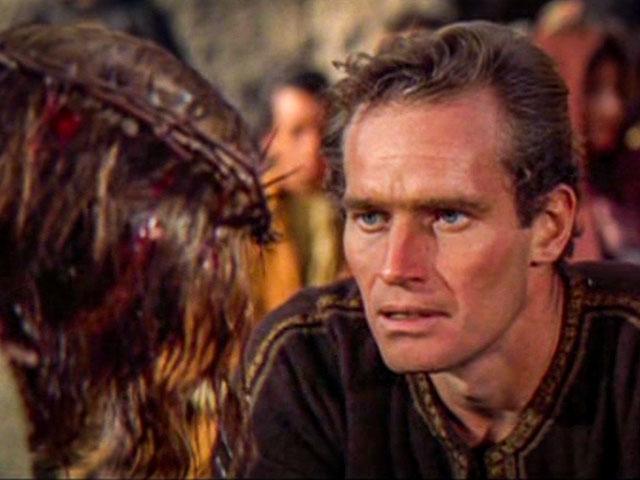 The Real Story of Ben-Hur's 'Tale of the Christ'