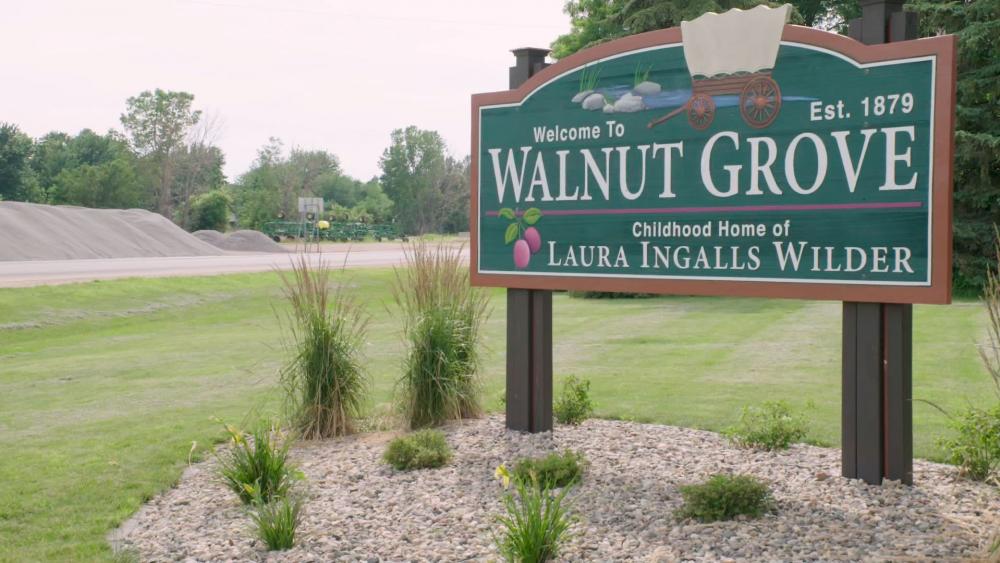 It's the birthplace of Laura Ingalls Wilder, author of Little House on the Prairie, the book that inspired the iconic television series that debuted 45 years ago, and is still running today. Loyal fans are passing it down to their children and grandchildren.

And for the first time, one of the cast members is writing about the faith behind the television classic.

Wendi Lou Lee plays a memorable role in the stories that make this place famous. She's "Baby Grace" from the classic television series.

"Walnut Grove is wonderful. The people here are so amazing," she said when we caught up with her in Walnut Grove for a celebration of "Little House."

How does it feel to be remembered as "Baby Grace?"

"Greatest Blessing of My Life"

"I guess we're kind of used to it. It's been about 40 years. But being here in Walnut Grove, it's a little bit more real because people are doting over you, wanting to meet you and hug you. I would say it's one of the greatest blessings of my life," Wendi said.

We sat down to talk at Walnut Grove's English Lutheran Church, where Pa's bell still rings in the tower and just blocks away from where countless fans gather to meet Wendi and the other cast members, who are here for the show's milestone celebration.

Places around town, like Plum Creek, are also popular spots for fans of the series. "Little House on the Prairie" shined a bright spotlight on tiny Walnut Grove for nine seasons, some 210 episodes. And the series taught thousands of life lessons, some of them still relevant today.

We asked Wendi why, after 45 years, the show is still running, and people are still watching it and talking about it.

"People are starving for family values and faith-filled content," she said. "I think people might say that they don't want that or need that. But that is what draws people in."

That's why "Baby Grace" is turning those Little House lessons into a book, A Prairie Devotional.

"My husband actually gave me the idea, probably about 10 years ago," Wendi said. "We're watching "Little House on the Prairie" and he says, 'you should write a Little House on the Prairie devotional.' And I was like, haha that's funny. I thought it was a really good idea. But I didn't have the confidence. I thought somebody else would do a really good job at that. And it wasn't until three-and-a-half years ago when I found out that I had a brain tumor that I actually started writing. It started out as a blog just to inform people of my health and what was happening and it became this," she went on.

She also found comfort in her fond memories of life on the set during the more difficult times of her illness.

"When I found out, the first thing I thought was, 'what are you doing, God?' Not why, but what are you going to do with this? And I thought I think God is going to give me a story. And that was a little scary and I still wasn't very confident in myself. To put myself out there like that. Brain surgery was the greatest gift that God ever gave me. And it's changed my life forever," Wendi told us.

It's a story she shares with fans, praying her real-life reflects God's grace, above any other role.