'I Give Him All His Praise': Faith-Fueled Baltimore Ravens Star QB Lamar Jackson Glorifies God 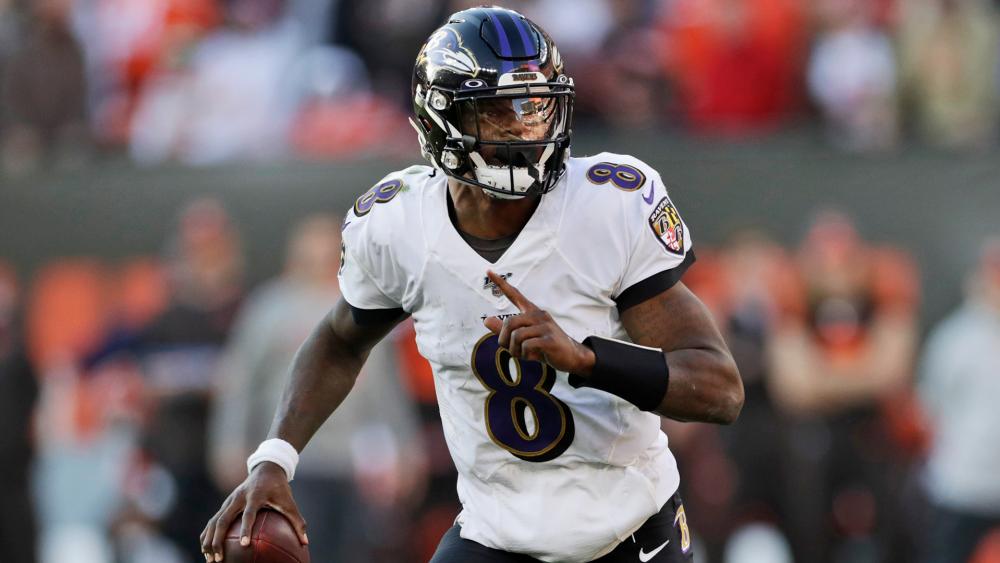 The Baltimore Ravens are riding a wave of 12 victories which have taken them to the top seed of the National Football League's AFC North Conference. Now, they have one goal in mind - to win the Super Bowl.

At the helm during this incredible season for the Ravens, they've got a faith-fueled, up-and-coming, star quarterback, Lamar Jackson.

On Dec. 22, NFL Research tweeted about the Ravens QB's stats.

Some players on such a winning team might say, "Look at us. Look at our talent. Look at our work ethic."  But if you ask Jackson, he would tell you it's more than that. The player who was picked last in the first round of the NFL draft in 2018, expects to be first in this year's Super Bowl. Lamar and his mom remembered and repeated Matthew 20:16: "The last will be first, and the first last," according to CBS Sports.

In a recent interview in front of reporters, Jackson was asked what keeps him humble.

"The Lord. I give him all his praise, the glory, and the honor," he said. "I could've been doing anything, you know. It's crazy. I'm talking to him throughout the day, 'I appreciate you,' 'I thank you'. Because when you feel you're bigger than the Lord that's when all that success dies. It goes away."

“I give Him all His praise, the glory, the honor ... When you feel like you’re bigger than the Lord, that’s when all that success die. It goes away.”

Jackson joins other Christian quarterbacks in the NFL with a huge platform like Drew Brees, Nick Foles, Carson Wentz, Kirk Cousins, and others who are willing to talk about their faith both in front of a television camera and on social media.

His humility comes from his faith in God, and you can see it in his past posts.

He tweeted on December of 2018, "I Promise God will Take you places you've never been" with a hashtag KeepyourloyaltywiththeLord". It seems like even then he knew God was up to something and he trusted Him.

I Promise God will Take you places you've never been #KeepyourloyaltywiththeLord

When asked by the Baltimore Ravens News if he was afraid of anything on the field, Jackson responded by shaking his head no. But surely something must scare him like heights, snakes, roller coasters or 300-pound defensive linemen?

"I fear God," he told the publication, adding that he prays before every game.