'Jesus Got a Tight Grip on My Soul': Why Putting God in His Life and Music Now Makes Sense to Blake Shelton 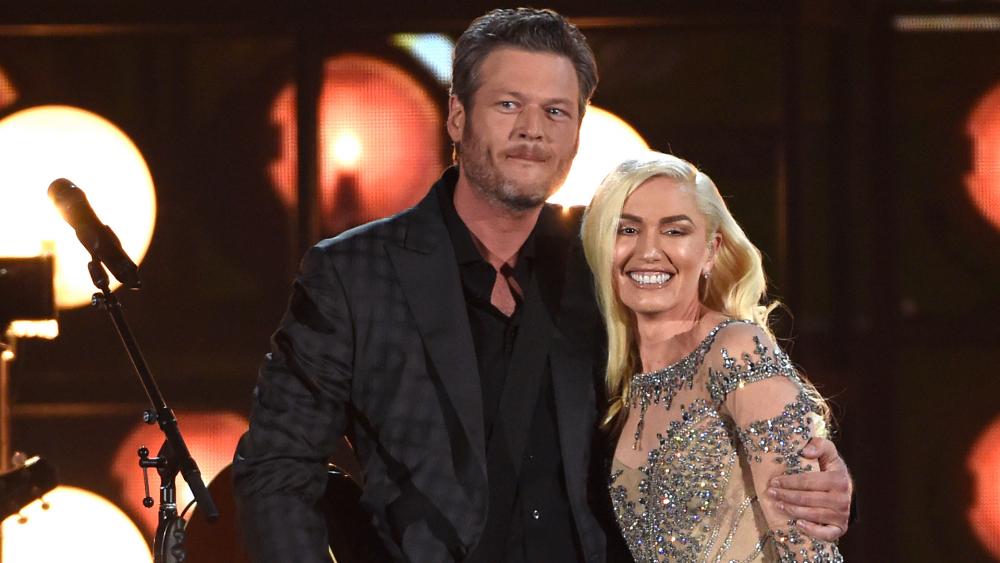 The celebrity couple have been together for the last four years after going through very public divorces. Now, Shelton says the timing and dynamic of how their lives have become intertwined points to the fact that it was God who brought them together. The Oklahoma native believes there's no other way to explain it. And Stefani has played a role in strengthening that faith, too.

Shelton admits he still drinks and cusses more than he should, but he's started attending regular worship services with Stefani and her three children at Stefani's church. Shelton told the newspaper his relationship with the singer has helped him "turn a page" in his life, focusing on more important things.

"I believe in God now more than I ever have in my life," Shelton told The Tennessean. "The biggest part of that is just how (Gwen) came into my life and now our relationship. It's just too weird. If you take God out of it, it doesn't make sense. If you put God into it, everything that's happened with us makes sense."

According to the newspaper, this year Shelton found God and in more ways than one. This year he felt his faith soar. He sings about his faith in "Jesus Got a Tight Grip," a song he co-wrote with Chase McGill, Jessi Alexander and Rhett Akins, on his new album, "Fully Loaded: God's Country."

The lyrics of the song include:

But it's the song "God's Country" that has really shown him where to go next in his career. The song is one of the highest streamed songs of Shelton's career and one of his fastest songs to rise to the top of the Country music radio charts.

Shelton told The Tennessean he was driving around his ranch looking to clear some brush when his producer Scott Hendricks sent him some new songs. When he heard "God's Country," he knew he had to record it.

"It was the most shocking moment I've had in my 20 years of doing this," Shelton explained. "I was in a place that I consider to be God's country doing the thing that makes me feel the most connected to God, which is working on the land. I heard that song, and I had one of those moments that you hear people talk about … where they say they pulled over on the side of the highway and listened. I literally had that moment."

In November, the song was nominated for a Grammy Award and will be the title track to his new album filled with new songs and recent hits. Shelton's "Fully Loaded: God's Country" is available starting Dec. 13.

EDITOR'S NOTE: In reporting about steps that high-profile individuals may be taking to begin seeking God or starting a relationship with Him, CBN does not endorse past or current behavior that may not line up with the Word of God. We are simply reporting the positive developments in their spiritual journey. As always, we encourage our readers to pray for anyone and everyone in the news, that the fruit of God would grow in all of our lives.