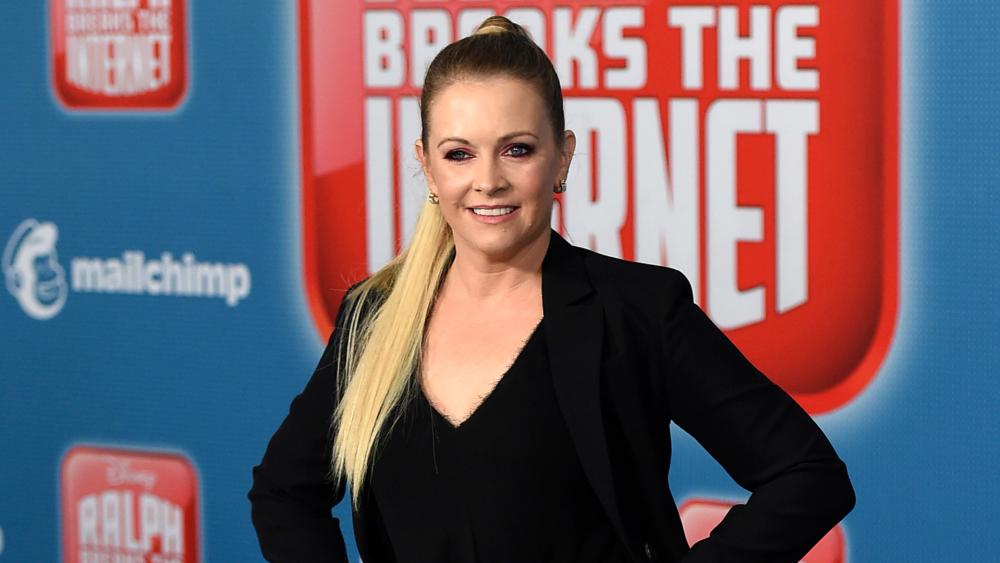 Actress Melissa Joan Hart is opening up about her faith journey and the path that led her to call Jesus her Savior, and she's coming under fire for it.

In an interview on "Journeys of Faith," Paula Faris's podcast for the ABC network, Hart reveals that she now attends a Presbyterian church, studies the Bible, and is always seeking to grow to closer to God.

Hart is taking a lot of heat for the interview, with haters blasting her on social media, calling her names and cursing her for her belief that all people need to know Christ. Most of the comments from her critics aren't fit to reprint.

Apparently, a lot of people are angry that she believes Jesus is the path to heaven, which is the central belief of Christianity. She's even been accused of being anti-Semitic because she believes what Christians believe.

It's because her son met a Jewish boy at school and then asked his mom about who's going to heaven and what it takes to get there. Hart told him we need to know Jesus to get to heaven. Her son and his new school friend engaged in many discussions about faith. So did Hart and the other boy's mom who had called her at the beginning to discuss what the boys were talking about.

"I'm a Christian, I believe that Jesus is my savior. I believe in God and I believe in Jesus as His son," she explained in the interview.

Hart says if someone asks her what she believes, she tells them that believing in Jesus is what "unlocks the doors of heaven."

Want more news from the Christian Perspective? Click here to get the CBN News App. It's FREE!

So how did the actress who became famous for the sit-com called "Sabrina the Teenage Witch" turn into a devoted follower of Christ?

Hart tells Faris she was raised Catholic on Long Island while her husband was raised Baptist in Alabama. Over time, as a married couple they searched for unity in their pursuit of faith in Christ, and they eventually settled on becoming Presbyterian.

She's put her kids in Christian preschool and has been studying God's word through a Community Bible Study where she lives in Connecticut. She loves being surrounded by Christians she can pray with and says her goal is continual growth by getting to know God through getting to know the scripture.

Hart says she sometimes struggles with doubt like anyone, but, "Then I close my eyes and tap into the Holy Spirit and let Him speak to me. And you feel that warmth and you feel that change."

While she didn't discuss her prior acting role as a teenage witch, she did talk about how she sometimes senses fear and a real spiritual darkness and engages in what the Bible calls spiritual warfare.

She talks about moments when she feels darkness around her in her home, and she recognizes she can make the darkness leave by speaking in faith out loud.

"When I'm in my house and I'm afraid if I'm by myself or my husband's asleep before me, and I get afraid and I'm walking the halls and you just get that creepy feeling like goosebumps up your back like something's not right, I just say out loud, you know, 'This is a Jesus home, Satan's not welcome here, get out, this is a home for Jesus," she said.

"Immediately... you feel that darkness go away," she explained.

"One of the great things that I've learned is that darkness is just the absence of light and without Jesus you just have this darkness and then Jesus is the light... so not having Jesus in your life just leaves this void," she said.

#Repost @paulafaris ・・・ You may know her as “Sabrina The Teenage Witch”. Or, Clarissa from “Clarissa Tells All”. On this episode of #JourneysOfFaith podcast you’ll hear from @MelissaJoanHart. The doubter, skeptic, believer. Melissa takes us on her faith journey of not connecting in church, asking questions like “WAS JESUS JUST A REALLY COOL DUDE OR WAS HE THE SON OF GOD?” and how she eventually overcame her doubt. She also dishes about her new project and why we recorded this in her CT home. Link to #JourneysOfFaith in bio. Thanks for your support.

Meanwhile, Hart reveals she was cautious about deciding to accept an acting role in "God's Not Dead 2" because sometimes Christian movies "can be really cheesy," but she felt this one would be done well. She believes Hollywood has finally seen the value in faith-based films, so better resources are now being devoted to make them.

Hart's newest project is called "No Good Nick" which is being created by Netflix. It's a comedy about a couple who take in a 13-year-old into their family and then discover she's a bit of a con artist with a hidden agenda.

Hart's full interview with Paula Faris, a senior national correspondent at ABC News who previously co-anchored "Good Morning America" on the weekends, can be heard by clicking below.