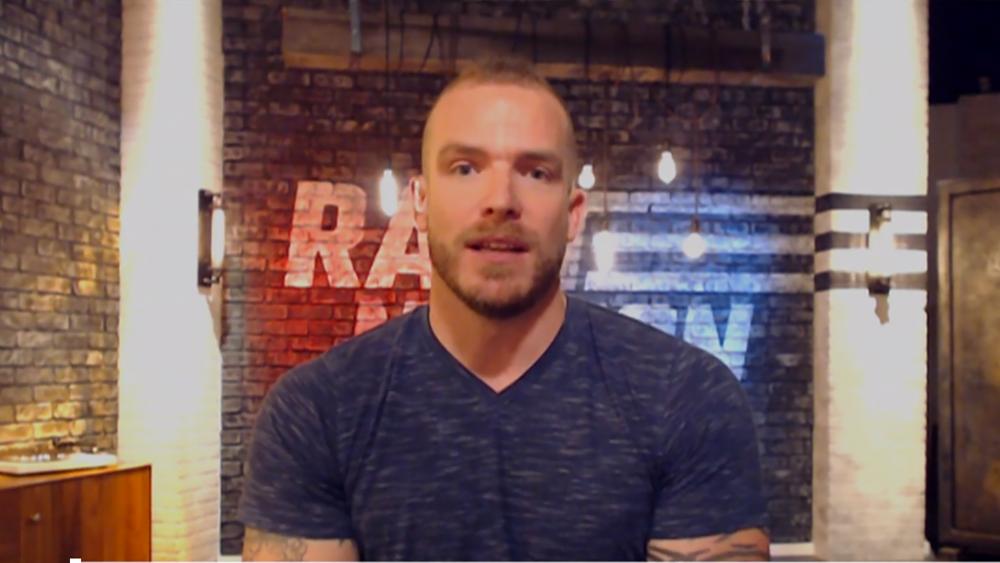 Allen's program "Rant Nation" is on Blaze TV and his audience is growing as he addresses a number of today's issues from a veteran's perspective.

Allen issued a call to pray for President Trump and then something unusual happened with Facebook.

"I'm known for being kind of blunt in my videos," Allen said during an interview on Monday's CBN Newswatch program. "It's interesting that this video caught so much attention, because it was a very low-key video. And it was in response to some heat a pastor got for praying for President Trump when he attended a church in Virgina."

"And so, I just felt the need to address the hypocrisy of Christians being upset for praying for our leader in America, whether you agree with President Trump or not," he explained. "The video was pretty much just if you believe that Donald Trump is this horrible, racist, bigoted person, isn't that the type of person that you should want to pray for?

"And so I made a video and basically captioned it, saying "Real Christians Pray For Everyone," Allen explained. "And a couple of days later, I got a notification from Facebook that I had violated their community standards for hate speech. So they took the video down. They removed it. I got no appeal process...no anything. And I just found it incredibily, incredibilily sad that calling for pray for the President of the United States was considered hate speech."

"So that means people reported it as hate speech," he continued. "Facebook investigated it and they deemed it hate speech."

When Allen was asked if he thought if the big tech giants were targeting conservatives, he responded affirmatively.

"Ever since Steven McCrowder had the whole incident with the box ad Apocolypse deal, there definitely seems to be an open attack, an extreme and drastic dropoff in engagement, new follower count, shadow banning," he explained. "We've seen every bit of it in the last two to three weeks. It is very obvious something is going on."

Watch a clip from Allen's "Rant Nation" below: