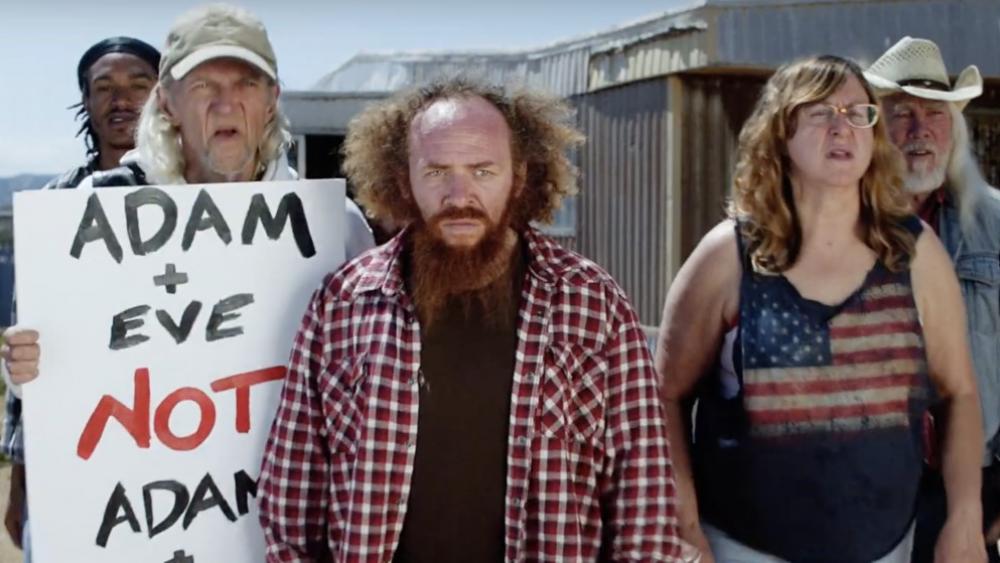 The rainbow-clad music video for Taylor Swift’s latest single, “You Need to Calm Down,” is an ode to the LGBTQ community and takes a few jabs at those who disagree with the lifestyle.

Swift hinted the song would serve as something of an anthem for the LGBTQ community when the single first dropped Thursday. At the time, the 29-year-old singer changed her Twitter bio to, “Support the Equality Act.”

The song’s lyrics include lines like: “And control your urges to scream about all the people you hate, ’cause shade never made anybody less gay.” The LGBTQ community’s detractors, Swift sang, “would rather be in the dark ages.”

The song also references the Gay and Lesbian Alliance Against Defemation, also known as GLAAD, in the lyric video, which Swift debuted last week.

“Why are you mad when you could be GLAAD?” Swift sang.

At the end of the music video for the new single off Swift’s forthcoming album “Lover,” the screen turns pink with yellow text, reading: “Let’s show our pride by demanding that, on a national level, our laws truly treat all of our citizens equally.” The entertainer also encouraged her fans to sign a petition urging the U.S. Senate to support the progressive Equality Act touted by House Speaker Nancy Pelosi (D-Calif.).

The legislation to which Swift is referring would expand the 1964 Civil Rights Act and the Fair Housing Act to prohibit discrimination on the basis of sexual orientation and gender identity. It would extent protections to people in employment, housing, public accommodations, public education, federal funding and the jury system.

If passed, the bill would undo much of the Trump administration’s effort to protect employers who, among other things, object to covering abortion services on religious grounds. It could also endanger business owners like baker Jack Phillips, who has faced legal scrutiny over his refusal to bake a cake decorated in a way that violates his personal convictions.

While the pro-LGBTQ legislation has overwhelming support in the House of Representatives, it is struggling to gain support among Republicans senators, who argue the bill goes too far and infringes on religious liberty.