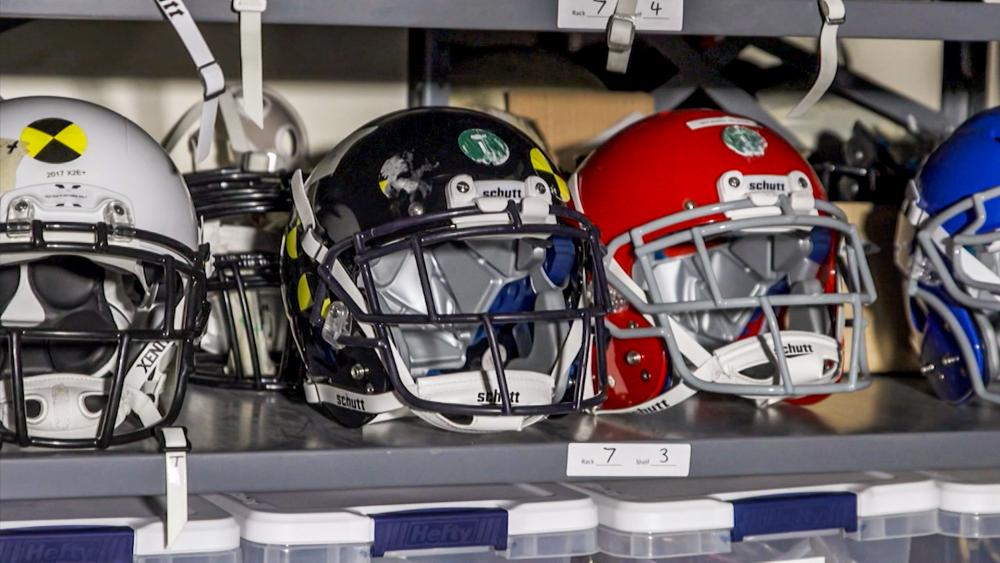 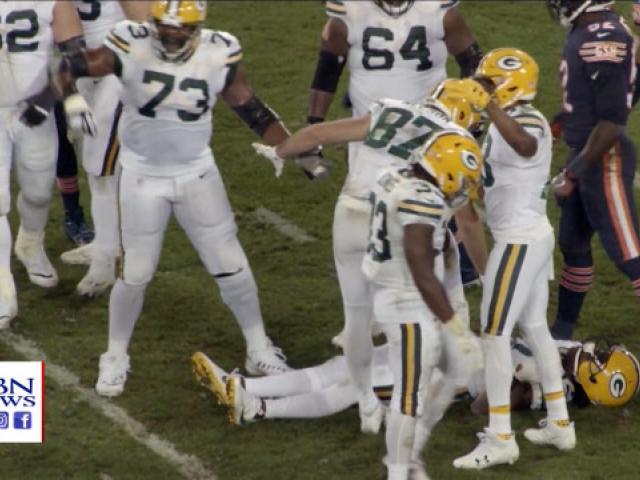 The NFL 2019 combine wrapped up Monday. The combine is where college football players get to show their abilities to NFL coaches and leaders. Concussions and helmet safety were a big topic this year. As CBN Sports found out, the league is taking it seriously and working to keep the players safe without compromising their playing the game.

NFL football.  What fan doesn't love the amazing catches, runs, interceptions, and let's not forget -- the hard hits. But with player injuries on the rise, the NFL has made a lot of adjustments to the game we love. Since 2002, the NFL has made roughly 50 rules changes in an effort to make the game safer.

With all of the changes the NFL is making to make the game safer, some say the game is becoming soft. But is it? Or is it that the league is making strides to ensure the longevity of America’s game?

Jennifer Langton is the NFL's vice president of health and safety. CBN Sports spoke with her about the leagues' Play Smart. Play Safe -- the initiative launched by NFL Commissioner Roger Goodell to advance progress in the diagnosis, prevention, and treatment of sports-related injuries.

“I focus on our engineering efforts as well our innovation," she said. "We work very closely with the NFL PA and the NFL and our lead engineers.”

In the last three seasons, head injuries, specifically concussions have been a top concern for the NFL, and rightfully so. In 2017, the total amount of concussions from preseason to postseason were a staggering 291.

CBN Sports asked Langton when she saw that there was an incline in concussions, how did the league respond?

“Last year, we did have, from the previous year, a 16% increase in concussions. And so, what the league has done, “League-wide, at every single game, we have over – I'd say, roughly like thirty medical professionals on the sideline," she explained.

"We've studied every single concussion on our field. That provides us the insight so that we know the speeds, the velocities, the impact sources so we can give that to the marketplace so they can design for better helmets," Langton noted.

CBN Sports Reporter Shawn Brown talks about what the NFL is doing to better protect its players. Click below to watch the interview.

It is through that lens of data that manufacturers design and construct new and improved football helmets, which are then sent for extensive research under the direction of the Chairman of the NFL’s Engineering Committee, Dr. Jeff Crandall, who's also a professor at the University of Virginia.

“I study what's called biomechanics, which is how the body responds to forces. We do a lot of work trying to study when a concussion occurs, what are the forces, what are the motions involved, and then we bring that into a laboratory setting," he told CBN Sports.
"In our laboratory, we use an impactor, which reproduces a player coming in and striking another player that would be wearing a helmet. Instead of a player, we use a crash test dummy which is instrumented with sensors," he explained. "Those sensors measure the accelerations and motions of the head from an impact and by changing out the helmets, evaluating the helmets. We can see which ones are best able to mitigate the forces or manage the forces. So, that's a measure of safety.”

But that's just one way that impacts are measured. the other is virtual.

“Through the computer, we can actually simulate the impacts, or rather than running a physical test," Crandall noted. "You run a computer simulation where you can make hundreds or thousands of virtual prototypes, test them in a very efficient way, and really get to much better designs quicker, cheaper, and more effectively.”

Most NFL fans watch games and assume that all players are wearing the same style helmet. Well, they’re not. According to Crandall, all helmets aren’t created equal.”

“After we test the helmets both physically and virtually, one of the things we want to do is we want to generate information for players to make informed decisions," he said. "So in conjunction with the Players Association, every year we run physical tests on any new helmets that come out and then we rank them and put them on a poster that ha-hangs in every locker room.”

It is the player's choice to select which helmet they wear. To date, no helmet exists that can prevent a concussion entirely. That's why Langton says that educating the players on better performing equipment, and safer ways to play the game is at the forefront of this initiative.

“When we go back to our mission, it's to advance the health and safety of our players," she told CBN Sports. "And we're lucky enough working with the NFLPA, that we have the best of experts that we attract to do the research. And they are independent. But the education needs to move forward, which I think that we've done a tremendous job this year. And we see that because we see 70% of players now adopting top performing helmets. That was just over 40% last year So, the education is working."

"Yes, concussion is an issue, but let's try to understand it, but let's try to improve it," she continued. And that is understanding the mechanism of injury so that we can make the game safer for the players and still build that excitement around it.”