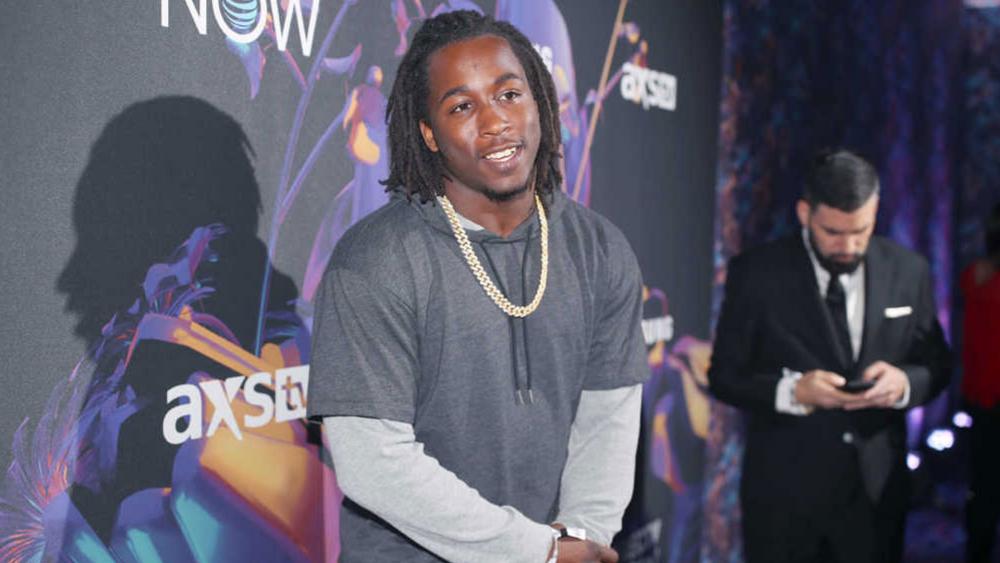 Cleveland Browns running back Kareem Hunt, who is currently serving a suspension with the NFL for assaulting a woman last year, is embracing Christianity in order to move forward and away from his past actions in a positive way.

According to the Cleveland Plain-Dealer, Hunt was baptized this past Sunday at the True Vine Baptist Church in Cleveland. John Dorsey, the general manager for the Cleveland Browns, and Freddie Kitchens, the head coach both surprised Hunt by showing up in support.

“I’m looking forward so I can feel reborn,” Hunt said regarding his baptism.

Dan Saffron, Hunt’s agent, also attended the event, sharing a photo to Instagram of himself with Hunt, Dorsey, and Kitchens at the baptism.

“Sunday’s watching my guy @bigreem_3 take steps,” he wrote tagging Hunt. “Love the support of his GM and Head Coach.”

Sunday’s watching my guy @bigreem_3 take steps. Love the support of his GM and Head Coach.

What Led Hunt to Baptism?

At a young age of 23, Hunt was a standout player on the field and had a bright future ahead of him. In 2017, as a rookie Hunt led the NFL in rushing yards, and was one of the elite players selected to play in the Pro Bowl.

Halfway through the 2017-2018 season, Hunt was released from the Kansas City Chief’s after a video was released showing Hunt assaulting a woman in a hotel.

The video showed Hunt pushing and kicking the woman in the Cleveland hotel.

Hunt received an eight-game suspension from the league and was ultimately released but the Kansas City Chiefs. On February 11, 2019, Hunt was signed by the Cleveland Brown’s, and a few weeks later was further suspended for the first eight games of the 2019 season.

Where Does He Go From Here?

“It definitely changed me a lot as a person and just helping me become a stronger person, bettering myself and figuring out things that I can work on to be better,” Hunt told the media on Wednesday.

Hunt, who is allowed to practice with the team, told the media this past Wednesday that it felt good to be back on the field again.

Since his suspension, Hunt has been actively speaking at schools to spread awareness of what he did, and how kids can avoid going down that path.

“I have been going to schools talking to high school kids. Just telling them that you guys have to make smart decisions. I have done made mistakes. Everybody makes mistakes, and you just have to make the best decision for you,” he shared.

“[I] just to go out there and let them know how important it is and just tell them because I really didn’t have anybody come talk to me when I was in high school or somebody to look up to, explain that nobody is perfect and that you have to learn from your mistakes and don’t make the same mistakes twice.”

247 Sports reported that Cleveland quarterback Baker Mayfield reached out to Chiefs quarterback Patrick Mahomes and tight end Travis Kelce to get a feel for Hunt’s overall character following the suspension.

“You want everybody that is here right now to feel like a part of the team and to feel like we are working towards the same goal,” Mayfield said. “Even though he can’t play the first eight games, he is going to be a vital part of our team.”

“Just being around him, I think he is a great kid. Mistakes happen. I can speak form personal experience. Just talking to Pat Mahomes or Travis Kelce – the guys that have been with him – they speak very highly of him. I think that is really important, and it has been pretty important for him to be here too.”