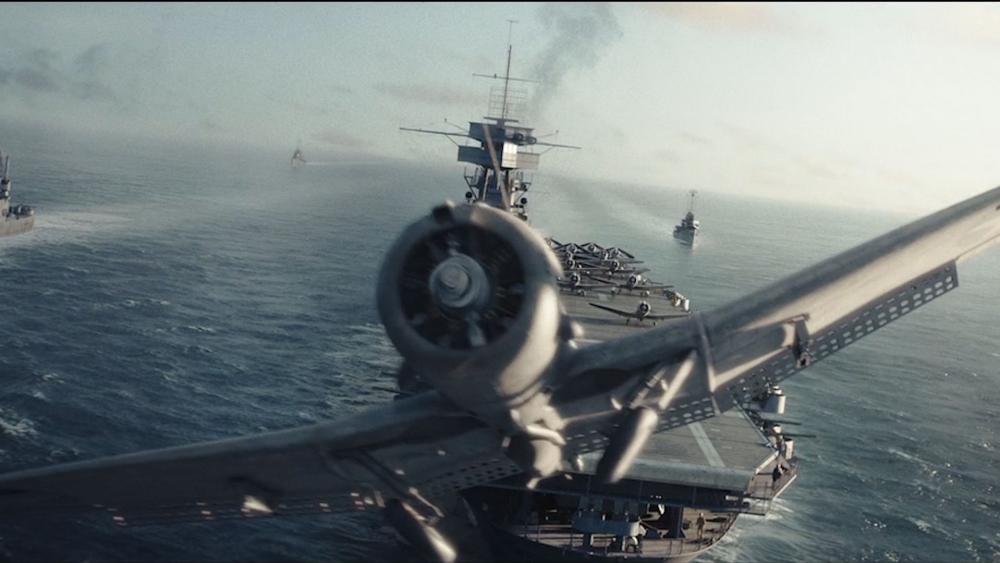 HONOLULU, HI – Old photographs and newspaper clippings recount the memories of the miracle men of Midway who used instincts, fortitude, and bravery to overcome the Imperial Japanese Navy and turn the tide of World War II in the Pacific six months after Japan's attack on Pearl Harbor.

The director of the film "Independence Day," Roland Emmerich, brings the Battle of Midway to the big screen in the new movie, "Midway."

Grim Situation in the Pacific in 1942

The situation in the Pacific at the time was far worse than reported. Pearl Harbor was seen as the greatest intelligence failure in American history.

Six months later, key military leaders believe the Japanese are planning something even bigger than Pearl Harbor. They thought Japan would attack Midway Island, an atoll considered an important strategic island for Japan in the war.

Director Roland Emmerich is from Germany. He got interested in the Battle of Midway after watching a documentary 20 years ago.

"And I was just amazed at how many factors in one battle that have to happen. I just like the richness of the whole tapestry," Emmerich said. "You know in war, the sailors or soldiers –  they are not the ones who started the war. They just do their duty," he continued.

Emmerich uses the real-life experiences of those World War II leaders and sailors to tell this battle story.

"In the beginning, he is this New Jersey cocky flyboy," Skrein said. "The kind who cuts off his engine when he is landing the plane just to prove to himself that he can do it, in case it happens in battle. After Pearl Harbor happens, we see a relentless Best. We see him on a one-man mission to win the war all by himself, which we all know is impossible. And then we see a fragile Best, where he loses his confidence and bravado due to fatalities and losses once he becomes a leader. And after that, we see him with the help of his best friend, Clarence Dickinson, played so brilliantly by Luke [Kleintank]."

"He gains this emotional intelligence, this emotional literacy, and becomes the leader that perhaps he was born to be and that his team needed," Skrein continued.

Luke Kleintank, who plays Clarence Dickinson, decided to pay a visit to Dickinson's grave in Hawaii during Midway's filming. "I just felt it was my duty to do that," he said. "I just wanted to say thank you."

I asked the actors what each man taught them. Of Layton, Patrick Wilson said, "The dedication. The passion. The service to your country that doesn't go unnoticed by us and a lot of people that don't get the opportunity. Any time it's country over politics, that's what patriotism is."

"It's certainly not about Washington," Wilson continued. "It's about this man-to-man relationship."

"Yeah, I think it's a good reminder that there were times and still can be times when our country is a united country, in spite of differences and opinions and all the rest of that," Quaid added.

Darren Criss and Keean Johnson play an aviator and radioman respectively in Midway. I asked them their thoughts on the story itself, and how these outnumbered and outgunned men were able to pull off this victory.

"War is chaos. It is absolute chaos," Criss said. "And I guess what is really inspiring is with the sheer unpredictability of so much, you still have people showing up and just doing their damnedest to do right by each other. Yeah, they were totally the underdog. It's a great underdog tale."

"Midway" opens in theaters on November 8. Click HERE for theater and ticket information.