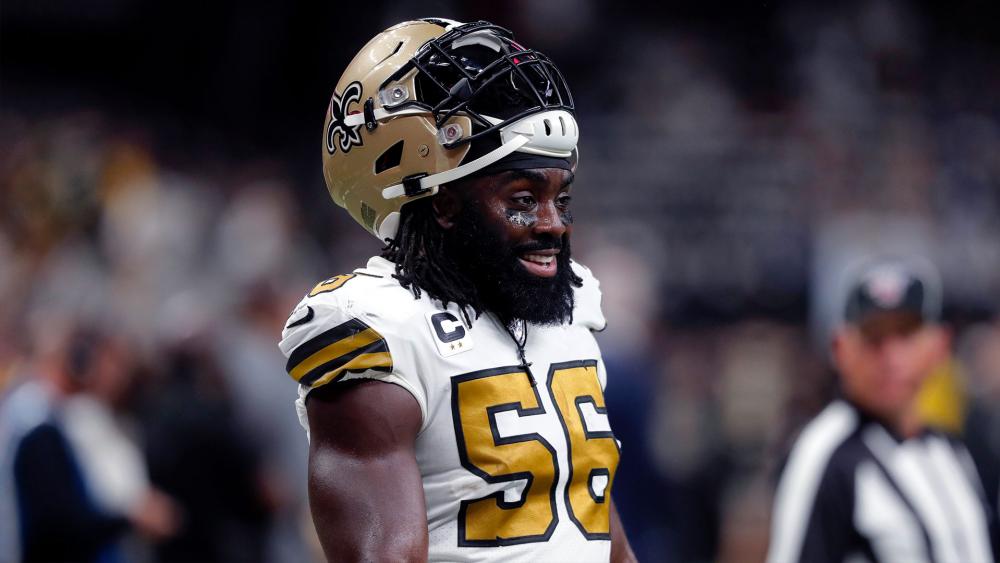 NFL player Demario Davis of the New Orleans Saints won't have to pay a uniform violation fine after all, even though the NFL threatened him for wearing a "Man of God" headband during a game on September 22.

He appealed the fine saying he didn't realize that wearing the headband violated the NFL's dress code, Nola.com reports.

When word of the fine first came out, Davis decided to make something good out of the situation by selling "Man of God" headbands to raise money for a Christian hospital charity near his hometown of Brandon, Mississippi.

"I want to make sure that same high-level of care is in Jackson," Davis said. "So, I'm supporting St. Dominic's in the expansion of its Emergency Room."

Davis tweeted that he accepted the fine but that he had overcome the obstacle.

I accept the fine but the mission continues! Obstacles are made to be conquered and I'm here to serve!!! We all can. Me, my family, and my headband are partnering with @StDomHospital so that 100% of proceeds can help save lives. You in?! #ManOfGod https://t.co/tUndNVzhst pic.twitter.com/NAADapyxWT

He continued to share the good news on social media, showing how people have come together in support of the movement.

WOWWW look at this!! So my agent just told me that I won my appeal and won't have to pay the headband fine!! Then I see that St. Louis King France came together today to support the movement! Won’t he do it! Look at all these beautiful children of God! Always glory above so I’m taking every penny of that original $7,017 fine and donating it to @stdomhospital anyways. So far, we’ve raised over $30,000 for them from the headbands!! That means yall helped me turn a $7,000 negative into an almost $40,000 positive benefiting people who truly need it!!! Do y’all see how that worked?? Let’s gooooo. That’s crazy! Ya’ll are a part of this journey too!! I can’t thank ya’ll enough either. We on a mission over here obstacles are meant to be conquered!! I’m truly blessed as anybody. We’re restocked on the site with more #ManOfGod and #WomanOfGod color options and have added #ChildOfGod. If you haven’t purchased yours yet or didn't get the color you wanted, donations will continue to go to @stdomhospital so now is the time to stock up! Thank you, thank you, thank you!! #ManOfGod #WomanOfGod #ChildOfGod #WhoDat #TheSaintsAreTheBestTeam Get your headband at: bit.ly/56manofgod (link in bio)

Even teachers joined in by wearing headbands with messages like "Woman of God" and "Man of God".

Davis tweeted that more than $30,000 has been raised by selling the headbands. He will also donate the original $7,000 for the uniform violation to St. Dominic's Hospital.

"Of course you don't want to be fined," Davis said. "Nobody wants to lose money, but I think any time that the conversation about God is brought up, especially in these times, I think it's always a positive or silver lining."