'I Feel Like I Just Met Jesus Again': Todd White Makes Surprising Shift Away From Past Preaching 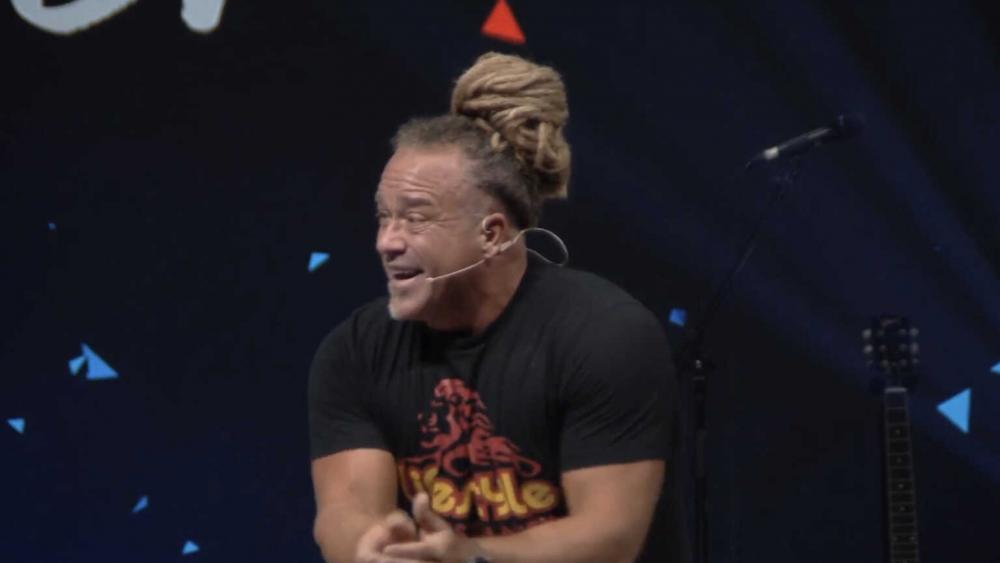 Todd White’s faith has changed quite radically in just a matter of months.

In May, the Christian evangelist was speaking out against a documentary series that condemned the prosperity Gospel and his preaching of it. At the time, he rebuked the show, “American Gospel: Christ Alone,” as “demonically inspired.” And he was quick to reject the suggestion he was “a heretic.”

But just a few months later, White — a protege of fellow preacher Benny Hinn, who last year walked back some of his own teachings — seems to have had a radical change of heart, a shift he said is the result of a conviction.

“I am not perfect, but I am strongly convicted,” White said Sunday. “I feel like I just met Jesus again! There’s just this rekindled thing inside of me. This has been the hardest season of my life. I’m like, ‘Lord, what are you doing?’ He said, ‘I’m pruning every branch that you have.’ I’m like, ‘It’s not OK. It hurts.’ And He said, ‘If you were dead, it wouldn’t hurt.’”

At another point early on in his sermon, White talked about evangelism and how people come to accept Christ.

“When you come into the Gospel because you came in for a better life,” he explained, “you’ve come in for the wrong Gospel. When you come to Jesus because He’s gonna give you this and He’s gonna give you this, you really didn’t surrender. See, what you’re saying is, ‘I’ve come to get this.’ What you’ve done is a taste test to see if it’s true. It’s the same thing as getting a buzz: ‘Well, I’ll try this Jesus thing. Maybe there’s a buzz in it.’ That’s not Jesus.”

He went on to preach, “Your goal as a Christian is to be conformed to His image, is to be transformed into His image, into His likeness, and to actually walk like Christ walked. Jesus didn’t despise sinners, but He hated sin and He addressed it all the time.”

White told the congregation he has been spending time recently poring over the words of New Zealand-born minister Ray Comfort and 19th-century theologian Charles Spurgeon.

Sixteen years after coming to Jesus, the Lifestyle Christianity pastor — a former drug addict and atheist — said he is just coming to realize the importance of preaching the law of God because doing so reveals our need for a savior in Jesus.

It’s necessary to preach not just a “God has a wonderful plan for your life” message, but one that is more holistic, one that reveals our sinfulness and God’s holiness.

White said he has felt like he hasn’t been preaching “the whole Gospel.”

“I repent,” he said emphatically. “You have no idea. I will not be responsible! I believe that, when I preach, that the blood of people is on my hands.”

As for the makers of the “American Gospel” docuseries, they released a statement Monday commending White for his apparent shift away from prosperity preaching.

On Facebook, the creators of the series said they “are obviously very encouraged” by White’s “change of direction in this area, and pray that this is sincere and not just a response to pressure.”

They have also invited White to sit down for an interview for the third installment of the “American Gospel” documentary series, set to release next year.