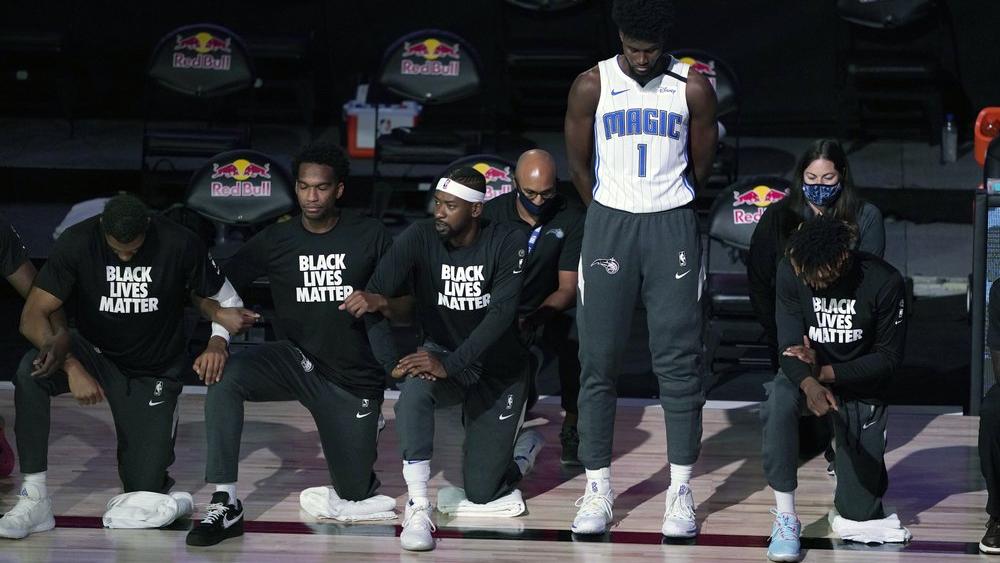 Orlando Magic player Jonathan Isaac chose to stand for the national anthem during Friday's game against the Brooklyn Nets.

The 22-year-old NBA star was the only player that did not kneel or wear a t-shirt bearing the phrase "Black Lives Matter," The Orlando Sentinel reports.

Isaac explained that he believes black lives do matter and he is supportive, but his life is grounded in God.

"I believe that black lives matter," Isaac said. "Kneeling while wearing a Black Lives Matter t-shirt don't go hand-in-hand with supporting black lives. My life has been supported through the gospel - Jesus Christ and everyone is made in the image of God."

Jonathan Isaac became the first #NBA player inside the bubble to stand during the national anthem. He also chose not to wear a #BlackLivesMatter shirt

After the game the first question he fielded was "Do you believe Black Lives Matter?"

Isaac discussed his position with his coaches and teammates prior to the game and they respected his decision.

Magic coach Steve Clifford said, "That was Jonathan's personal decision. If guys are not comfortable kneeling and they want to stand, nobody has a problem with that. That's part of living in our country."

He further explained that his choice came from the heart, which is led by our Lord and Savior.

"My teammates know who I am and what I believe as a person and they respected me for the decision. For me, personally, it's not coming from a position of wanting to be popular or wanting to be seen; it all came down to what's in my heart. I stake my flag with Jesus."

Isaac, who joined Orlando Magic in 2017, became an ordained minister this year.

"If you know me, you know this is not a game to me," he wrote. "From 2 and half years ago to today…I haven't lost a thing in pursuing Jesus, as cheesy as in today's day that sounds...I've only gained! Gained myself. My identity my purpose and so much more…Thank you Jesus for your open arms!"

Ya boy is an ordained minister! Never ever would I have thought... but I’m here lol. If you know me, you know this not a game to me. From 2 and half years ago to today (yes lol i haven’t always been a church boy) I haven’t lost a thing in pursuing Jesus, as cheesy as in today’s day that sounds.. I’ve only gained! Gained myself. My identity my purpose and so much more. I tell people “if I could see the Jonathan that was on the other side of me pursuing Jesus I wouldn’t have waited so long lol.” That’s why I think this is all so dope.. cause only I truly know the Jonathan of old! I rest my case.. Thank you Jesus for your open arms! 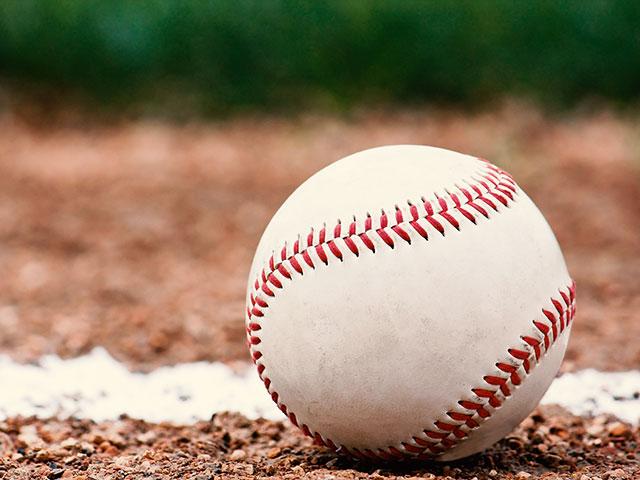 Do Christians Worship the National Anthem? One Leader Says They Do
CBN News Email Updates