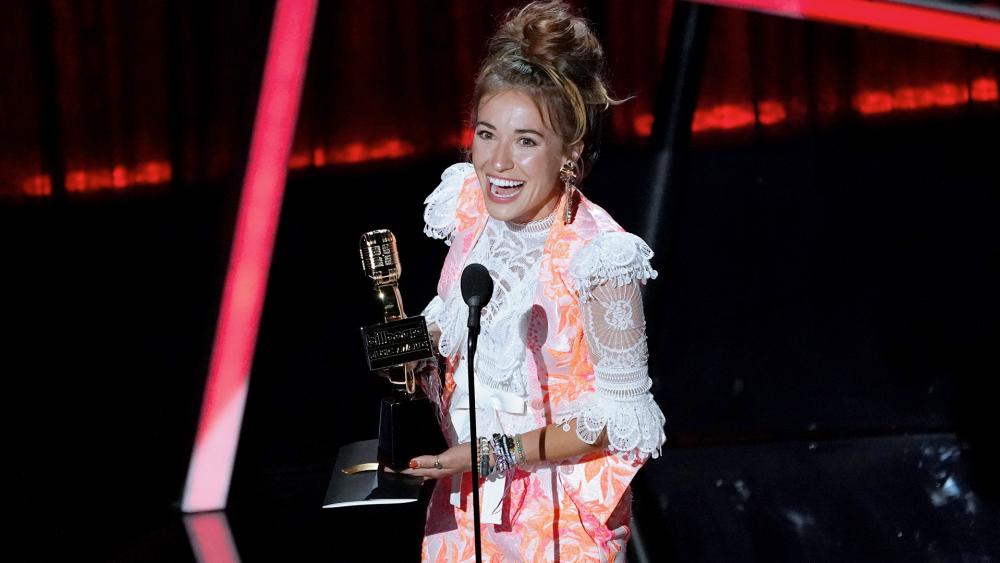 Grammy award-winning Christian artist Lauren Daigle has come under attack by the mayor of New Orleans for expressing her faith while she performed at praise leader Sean Feucht's "Let Us Worship" rally in the French Quarter.

Daigle was reportedly being considered for a slot during the LIVE performance from New Orleans' Jackson Square on Dec. 31 as part of ABC's Dick Clark's New Years Rockin' Eve, according to WWL radio station. She hadn't officially been given the slot yet.

New Orleans Mayor LaToya Cantrell (D) sent a letter to executives at Dick Clark Productions indicating that Daigle "cannot and should not be rewarded with national media exposure and a public spotlight" because she participated in the Live worship event last month.

"She harmed our people, she risked the lives of our residents, and she strained our first responders in a way that is unconscionable – in the midst of a public health crisis," the letter reads. "This is not who we are, and she cannot be allowed to represent New Orleans or the people she willfully endangered."

Cantrell stated that Daigle should be prevented from singing.

Louisiana Lt. Governor Billy Nungesser told WWL's Newell Normand during an interview that the entire issue was a misunderstanding. Daigle, who lives in the area, was riding her bike near the French Quarter and happened upon the worship rally. Someone in the crowd recognized her and asked her to sing a song.

GREAT IS THY FAITHFULNESS OVER AMERICA tonight in New Orleans with @Lauren_Daigle pic.twitter.com/B6piHkmH7u

"Our big chance to promote Louisiana and New Orleans...to have the rug pulled out from under us by such a hateful, horrible, nasty, mean, unbelievable act; you can't put words to it," Nungesser said of the mayor.

Additionally, Louisiana Attorney General Jeff Landry sent Daigle a letter on Monday stating that he was "shocked and dismayed" by Cantrell's conduct. Landry supported the singer and agreed that Daigle happened upon the worship protest while passing through.

"Your rights to protest and worship are enshrined in the First Amendment. I vow to do everything in my power to protect them," Landry wrote.

BREAKING: Today I stood up to New Orleans Mayor LaToya Cantrell for targeting Christian music performer LAUREN DAIGLE just because she expressed her faith through song at a protest. The same Mayor who has not attacked other protests or recent Conventions. See my letter here. pic.twitter.com/dSg4zppZI2

The attorney general condemned Cantrell for her comments, especially after the city of New Orleans allowed a different protest to take place in the French Quarter in June.

He offered his assistance to work with Daigle and Dick Clark Productions on moving the event to another location within the state if they wished.

"Mayor Cantrell met with Ms. Daigle today and is always eager to engage with all stakeholders on matters of public health and public safety. The mayor's concerns regarding Daigle's actions in November remain the same."