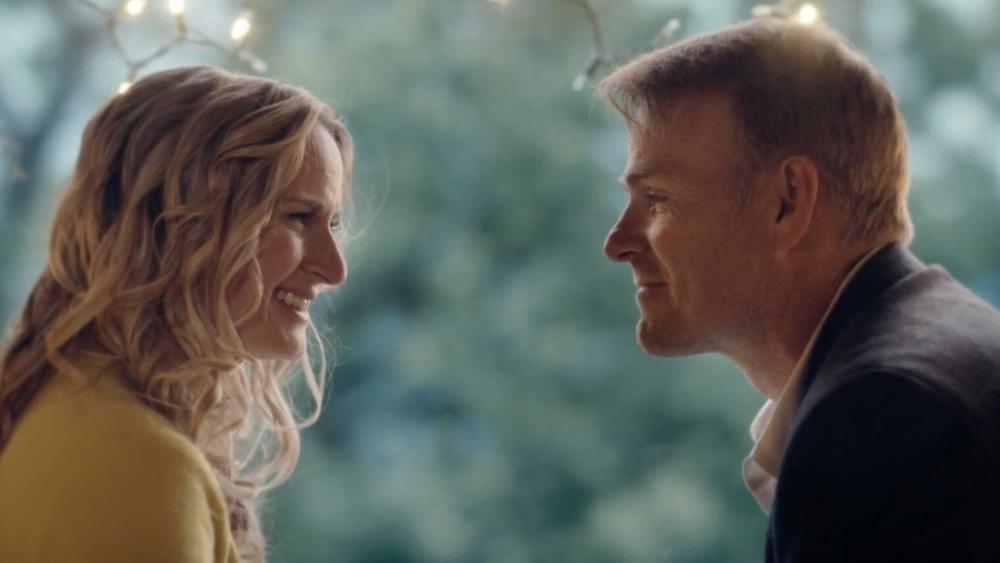 Image Source: Photo provided by 130a

While the story in the newly released movie “The Farmer and the Belle: Saving Santaland” might feel like a Christmas fantasy, it’s loosely based on a real-life romance between Jenn Gotzon and Jim Chandler.

The two actors first crossed paths with one another in 2014, when they worked on a movie together. Soon thereafter, they started dating. Chandler, who was living in Tennessee at the time, kept the romance alive by sending cards and letters to Gotzon — a native of Los Angeles — “to let her know I was thinking about her,” he told Faithwire.

Today, Chandler and Gotzon are married. In fact, real footage from their wedding plays during the end credits of “The Farmer and the Belle.”

Finding the confidence she has now, though, took time, explained Gotzon, who recalled her teenage years, when she was self-conscious about her weight and often “felt ugly.”

“As an adult, I struggled with that negative thinking,” she told Faithwire, explaining she spent time with pastors and psychologists who taught her how to “transform and renew” her mind through Scripture.

The movie, available now on-demand, cable, and DVD, follows that same narrative arch. In the film, a New York-based fashion model returns to her childhood hometown, which happens to be set on the Tennessee farm owned by Chandler’s family, and falls in love with her pen pal — a farmer. The duo then go on to rescue the town’s annual Christmas festival, Santaland.

Gotzon and Chandler said the goal of their new movie, which was filmed at the height of the #MeToo movement, is to reveal to girls they are “magnificent masterpieces” made in the image of God.

“The overriding message, really, for us men is we need to treat women with respect, treat them with honor, and treat them like the masterpieces that they are, as God sees them,” Chandler said. “[E]very encounter we have with a woman is an opportunity to let them know they’re valuable, they’re special without trying to get something from them.”

In the movie, the younger Belle is gifted a family heirloom — a bracelet engraved with 10 Bible-based reminders about her worth and beauty as a human being made in God’s image. The bracelet references passages like Psalm 139 (“I praise you because I am fearfully and wonderfully made”) and 1 Peter 4:10 (“Use whatever gift you have received to serve others”). Those reminders, Gotzon said, reveal “what beauty is.”

That bracelet — along with a 30-day devotional book co-written by Gotzon and author Michelle Cox — is available for purchase. The jewelry features five charms with messages engraved on each side of every charm.

“[The devotional] unlocks revelation about what each inscription means,” explained Gotzon. “So when it says, ‘I’m a masterpiece,’ it breaks down a story, a biblical application, a prayer, a real understanding that a woman and a teen can work together — mom and daughter, grandam — to really start to hit into those soul wounds that 90% of girls struggle with.”

To learn more about the movie, visit thefarmerandthebelle.net.