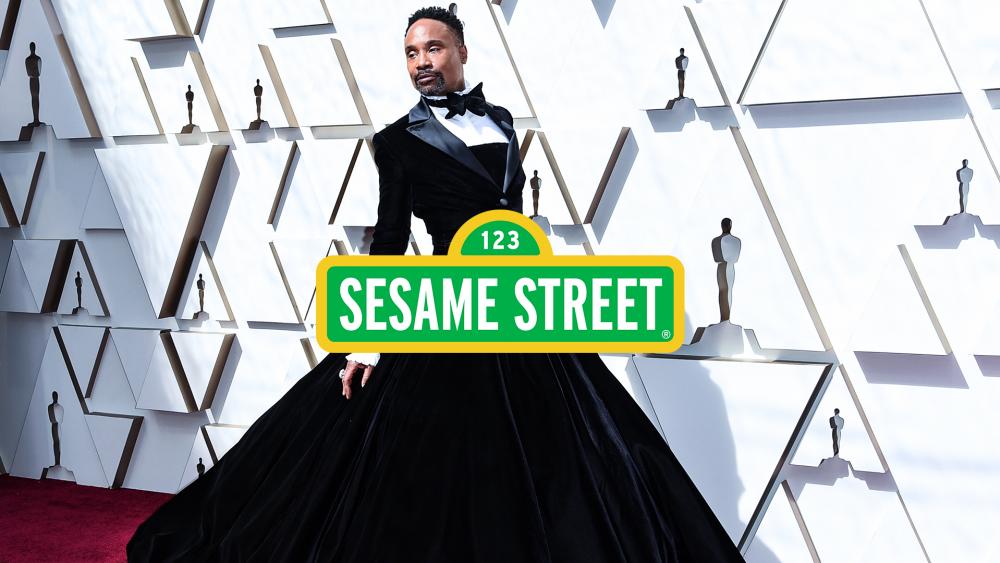 If you have kids, or if you ever were a kid, you know about the television show Sesame Street. It’s been around for more than 50 years and it’s been appropriately described as an American institution, with lovable characters, entertaining stories, and unique music.

It was the first television show to base its content on educational goals and a curriculum, and for so many children (and their parents), it made learning fun.

Indeed, if there’s one street that always felt safe for children, it was Sesame Street. And why not? It features a plethora of friendly puppets, an 8-foot tall yellow bird with no teeth, and a character named Mr. Snuffleupagus. Does any of this sound the least bit alarming? The show teaches concepts such as numbers and letters, and values including kindness, sharing, cooperation, and respect.

Of course, the show hasn’t been immune to criticism during its 50-year run. Google “Sesame Street controversy” and you will find plenty of examples. That shouldn’t be surprising, because like most media and entertainment, Sesame Street has long been located near the intersection of culture and progressive ideology.

But now, as culture becomes evermore polarized, and “progressive ideology” becomes increasingly “progressive,” parents need to ask themselves a serious question: Is Sesame Street still a “safe place” for my children?

For many, recent headlines have thrust this question to the foreground.

Sesame Street recently announced it will feature Billy Porter on an upcoming episode. Who is Billy Porter? He’s an actor and entertainer, and he’s been described as a “gay icon.” Billy stars in Pose, a television show about New York City’s LGBTQ and gender-nonconforming ballroom culture scene. In 2013, he won a Tony Award for his portrayal of “drag queen” Lola in the Broadway musical Kinky Boots. And last year, he made waves when he donned a black velvet tuxedo gown to the 2019 Oscars.

An iconic day with an iconic person Thanks for visiting Sesame Street, @theebillyporter! #Season51 pic.twitter.com/Yre2PO4a0p

Not surprisingly, Sesame Street’s announcement generated quite the stir. Nearly 60,000 people have signed a LifeSite petition, asking HBO and its parent company, AT&T, to drop the episode. Billy responded, “If you don’t like it, don’t watch it,” and further told critics to “[s]tay out of my bedroom.”

Tony Perkins, President of Family Research Council, countered, “Leave the bedroom out of our children's shows, and it won't be our business.” He also noted that it appears Sesame Street is focused on teaching the letters “L-G-B-T.”

What’s a parent to do?

First, acknowledge the obvious. The most effective way to change the course of a nation is to begin with its children. Those who seek to advance a new sexual orthodoxy understand this as well as anyone. It shouldn’t surprise anyone that “drag queen story hour” is sweeping the country. Or that schools are implementing sex indoctrination programs under the guise of “education.” These actions are simply part of the effort to reshape how children view human biology and sexuality.

Recently, I shared about my trip to the local library with my kids, where I came across a featured book in the children’s section entitled “The GayBCs.” It introduced children to definitions of words including “gay,” “lesbian,” “drag,” “transgender,” “non-binary,” and more.

Perhaps those who pull the puppet strings on Sesame Street decided it wasn’t sufficient for children to read about these issues in a book — they also need to see them on screen.

Second, acknowledge the obvious…again. Billy Porter describes himself as an “advocate.” It would be incredibly naïve to assume he has no opinion on these issues, and equally naïve to suppose he wouldn’t want to capitalize on opportunities to advance that opinion.

Third, take a deep breath and control what you can control. We don’t yet know what Billy talked about on camera when he visited Sesame Street. We do know that children are sponges and television programs are influential. There’s no shortage of studies demonstrating the major impact television has on children’s attitudes and behavior. What kids watch, they learn. So what kids watch matters.

Parents play – or should play –a vital role in determining what their kids are watching and learning. It’s axiomatic that society offers one view of human sexuality, and the Bible offers another. You can control which view is predominantly presented to your children. You can take it upon yourself to teach your children or grandchildren age-appropriate truth about how God created us male and female, and about His design for human sexuality and marriage.

Here’s the bottom line: there may be a lot of great content on Sesame Street, but as a parent, you need to keep one eye on the puppets and another eye on their friends.