'God Knew They Couldn't be Without Each Other': 20,000 People Attend Memorial For Kobe and Gianna Bryant 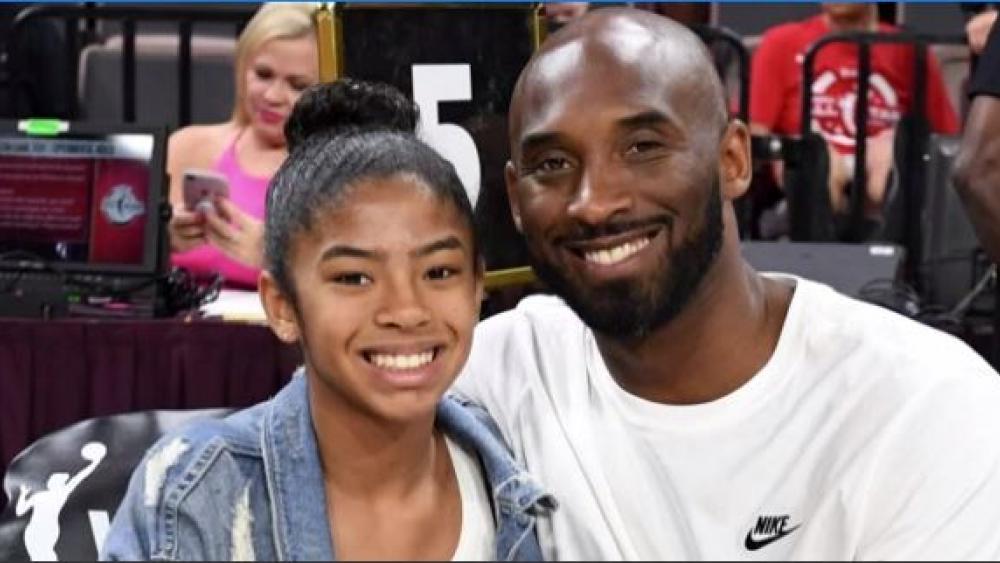 Thousands of mourners gathered at the Staples Center in Los Angeles, CA on Monday to say farewell to Kobe and Gianna Bryant.

The NBA basketball superstar and his 13-year-old daughter were honored in a public memorial at the arena where Bryant played for 20 seasons with the Los Angeles Lakers.

Inside Staples Center for the Kobe & Gianna Celebration of Life. pic.twitter.com/uhKJ6tVMvi

Bryant, 41, and his daughter Gianna died along with seven others on Jan. 26 when their helicopter crashed into a fog-covered hillside near Calabasas, Calif., while on the way to a youth basketball tournament.

The celebration of life featured music and retrospectives on Bryant's basketball career, along with speakers reflecting on his impact on the sport around the world.

Bryant had one of the greatest careers in recent NBA history and became one of the game's most popular players as the face of the 16-time NBA champion Lakers franchise. He was the league MVP in 2008 and a two-time NBA scoring champion, and he earned 12 selections to the NBA's All-Defensive teams.

After his retirement in 2016, Bryant spent more time playing coach to Gianna, who had a budding basketball career of her own. They were seen sitting courtside at a Brooklyn Nets game in 2018 with Bryant clearly passing along his wisdom to his daughter. He regularly showcased her talents on the court on social media.

Along with his work of boosting women's sports, Bryant founded a film and television production company. He won an Academy Award in 2018 for his contributions to "Dear Basketball," an animated short film about his relationship to the game. He also produced content for ESPN.

"Kobe Bryant was a giant who inspired, amazed, and thrilled people everywhere with his incomparable skill on the court - and awed us with his intellect and humility as a father, husband, creative genius, and ambassador for the game he loved. He will live forever in the heart of Los Angeles, and will be remembered through the ages as one of our greatest heroes," Los Angeles Mayor Eric Garcetti said.

The memorial service began with an emotional Jimmy Kimmel who referred to the occasion as celebration of life.

"This is a sad day but it is also a celebration of life. Everywhere you go, you see his face, his number, her face (Gigi ). Murals painted by artists, but Kobe was an artist too. All we can do is be grateful for the time we had with them," Kimmell said.

“Everywhere you go, you see his face”

Vanessa Bryant took to the stage next, thanking everyone for the outpouring of love and support.

"Thank you for being here. The outpouring of love has been uplifting. Thank you for your prayers. My baby girl...she was daddy's girl but I know she loved her momma. Her smile was like sunshine, taking up her entire face. She had my fire, personality and sarcasm but tender and loving inside. It was pure and genuine," she said.

"Kobe and Gigi naturally gravitated toward one another. She was an incredible athlete. She loved to swim, dance and jump into the pool. She was our shepherd and always kept our family together. she was a nice person, leader and teacher. I miss her sweet kisses, smile and burst of laughter. No act of kindness is ever too small to make a difference in someone's life. I miss you everyday and I love you," Bryant continued.

"She was very much like her daddy in that they both liked helping people learn new things and master them."

— Vanessa Bryant spoke at a memorial for Kobe Bryant and their daughter Gianna. The date 2/24 honors their jerseys ("2" for Gianna, "24" for Kobe).#KobeFarewell pic.twitter.com/P7jLTzMUjZ

Vanessa spoke about Kobe and how much he loved the family they built together.

"He was my sweet husband, beautiful father to our children..he was my everything. We had an amazing love story, raising our sweet girls. He always told the girls how beautiful and smart they were and to be brave. He had a tender heart. He would worry about me if I wasn't in my seat at the start of games. Family came first to him," she explained.

"God knew they could not be on this earth without each other. He had to bring them home to have them together. You take care of our Gigi. May you both rest in peace and have fun in heaven. We love you forever and always," she concluded.

Sabrina Ionescu, who plays for the Oregon Ducks, told the audience she grew up watching Bryant play basketball and wanted to mirror his talents.

"I grew up watching Kobe - game after game and I wanted to be just like him. I still text him even though he isn't here. I prayed and I was thinking about Kobe and Gigi...all I wanted was a sign that he still heard me. I saw a golden sunset and a helicopter...there was my sign that he'll always be with me. God, did she (Gigi) glow. May you rest in peace my dear friend," Ionescu said.

"Kobe lived to make other peoples lives better...all the way up to his final text. Kobe's last human act was heroic...using his platform to bless and shape a young girls future. I replied to the text from Kobe on the morning of his death while in church. Minutes later he ascended into heaven," Pelinka said.

He added that Bryant was more than a legend, but a great friend, father and husband.

"Even in the valley of loss, we will somehow find a way to have joy. Gigi was everything in the world that was good, love and grace and like her dad, her life was about blessing others. Their light is eternal, we will never have to live in the darkness again. One day we will be in heaven again and it will be forever," Pelinka noted.

NBA legend Michael Jordan spoke about the brotherly bond he shared with Bryant.

"He was like a little brother. As I got to know him, I wanted to be the best big brother that I could be," he recalled.

Jordan said Bryant would text him at odd hours with questions about anything. He said Kobe yearned for his advice so he could become a better person.

"When Kobe Bryant died, a piece of me died."

—Michael Jordan during Kobe and Gianna's Celebration of Life pic.twitter.com/U2Lyj8AyUZ

"We now rise from anguish and begin with healing. I take comfort that Kobe and Gigi are holding hands. You are heavens MVP, rest in peace," he said.

Those attending the memorial at Staples Center received a booklet that included several Bryant family photos.

Proceeds from the memorial will be donated to the Bryant family's sports foundation which provides opportunities to young people through sports. 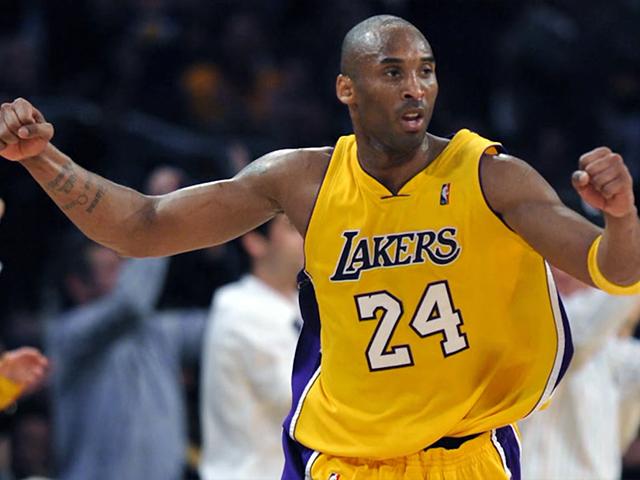