In this March 28, 2016, file photo, Kobe Bryant waves to the fans after his introduction before the start of the first quarter of an NBA basketball game against the Utah Jazz, in Salt Lake City. (AP Photo/Rick Bowmer, File)
6126890108001 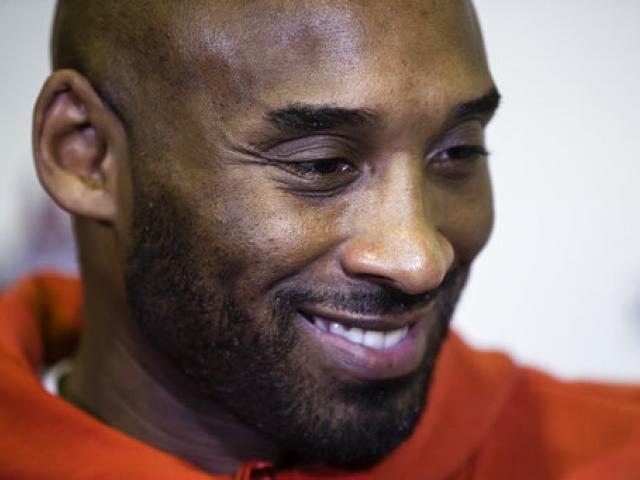 The Life and Legacy of NBA Superstar Kobe Bryant

A shockwave hit sports fans around the world Sunday over the untimely death of NBA superstar Kobe Bryant who was just 41 years old.

Bryant, his 13-year-old daughter Gianna, and seven others died in a helicopter crash near Los Angeles.

Thousands of fans gathered outside LA's Staples center, where Bryant played for the Lakers his entire 20-year career.

It’s 12:30am and there’s still people outside Staples Center to pay respect to Kobe. Boyz II Men’s “End of the Road” + Puff Daddy’s “I’ll Be Missing You” is playing w/ periodic chants of “KOBE!” + “MVP” + “KOBE! BRYANT!” There are 4 different memorials with candles and jerseys pic.twitter.com/WDwbfsomW5

Julie Sierra, a Los Angeles resident, attended the gathering where many fans are still in shock over the news of his passing.

"One thing I've noticed, is that for all the people it's silent. Everybody's in grief. Everybody's mourning. Everybody has respect for this man and his family and his daughter. It's painful. We really lost somebody legendary today."

Bryant, known for his fiery competitiveness, went straight to the Lakers from high school at 18-years-old. He won 5 NBA Championships, two Olympic gold medals and was an 18-time all star.

Bryant is third on the list of all-time NBA scorers - surpassed by Lebron James the night before he died. James spoke about Kobe's influence on his life as a young man.

"I remember one thing that he said, he was like, 'If you want to try be great at it, or you want to be one of the greats, you have to work at it. You know there is no substitution for work.'"

Bryant had difficulties in his personal life, facing a sexual assault charge that was later dismissed in a settlement with the accuser.

During a 2015 interview with GQ, he said that confronting those challenges led him to consider certain life choices he was making and return to his faith for guidance.

"The one thing that really helped me during that process - I'm Catholic, I grew up Catholic, my kids are Catholic - was talking to a priest. It was actually kind of funny: He looks at me and says, 'Did you do it?' And I say, 'Of course not.' Then he asks, 'Do you have a good lawyer?' Uh, yeah, he's phenomenal. So then he just said, 'Let it go. Move on. God's not going to give you anything you can't handle, and it's in His hands now. This is something you can't control. So let it go.' And that was the turning point," Bryant told GQ.

He reportedly attended Catholic mass weekly, including the morning of the accident that took his life.

Singer Cristina Ballestero wrote on Instagram about the first time she met Bryant during a weekday mass at Holy Family Cathedral in California.

"I double took to see...it was KOBE BRYANT IN THE SAME PEW AS ME ON THE OTHER END! I just went about my normal praying and singing as usual cause he like all of us came to pray. Thank God I had the veil so I could stay focused on Jesus not this insanely talented Basketball player my whole family has looked up to and watched our whole lives. As we went up to communion, he waited for me to go. If you grew up in the Catholic Church, you understand this is a respectful thing men do in church as a sign of respect to women. He said I have a beautiful voice. I said thank you and went up to communion."

I wanna tell a story about the time I met Kobe Bryant. I was sitting in the very back of Holy Family Cathedral in Orange, CA, on a WEEKDAY mass. At the time I was very into wearing veils and on this particular day I had a scarf I used as veil. Right as mass begins I see a huge shadow in my right peripheral vision and hear a decently loud creak from probably a big man. I double took to see... it was KOBE BRYANT IN THE SAME PEW AS ME ON THE OTHER END! I just went about my normal praying and singing as usual cause he like all of us came to pray. Thank God I had the veil so I could stay focused on Jesus not this insanely talented Basketball player my whole family has looked up to and watched our whole lives. As we went up to communion, he waited for me to go. If you grew up in the Catholic Church, you understand this is a respectful thing men do in church as a sign of respect to women. He said I have a beautiful voice. I said thank you and went up to communion. @marydallal @mandymissyturkey and a couple other friends saw him standing behind me going to receive Jesus. And we talked about it after mass and freaked out together. It was such a cool experience to receive Jesus right before him, and also, to walk up to receive Jesus together. It was also cool to see him come for a weekday mass. He said in his GQ interview how a Catholic Priest helped him through the tough time he went through in the media. He also talks about how his faith is important. His most inspiring trait was his decision to turn to his faith in God and receive God’s mercy and to be a better man after a regretful decision. Him and his wife do so much great work with their foundation. I’m heartbroken at the news of his death, alongside his daughter Gianna. My prayers go out to his Family, friends and loved ones. Eternal rest grant unto him, and her oh Lord and let perpetual light shine upon them. May they Rest In Peace, Amen. We love you Kobe & Gianna.#kobebryant

Bryant's personal struggles continued when wife Vanessa filed for divorce in 2011, resulting in two years of separation. He confessed that the marriage wasn't perfect, but the couple was able to reconcile their differences and Vanessa withdrew her divorce petition.

The couple started the Kobe & Vanessa Bryant Family Foundation by supporting youth homelessness through programs that encourage a healthy lifestyle and physical fitness.

The foundation expanded internationally with the "Kobe China Fund" after Bryant befriended Cao Yan, a 14-year old boy with spina bifida. He arranged for Cao to receive life-changing medical treatment in Los Angeles.

And Bryant was driven to storytelling, hoping to inspire children through books and stories that joined sports and fantasy. In 2018, he won an Oscar for "Dear Basketball," a short animated film that he wrote after deciding to retire from playing basketball.

ESPN reports that Bryant was on his way to a youth basketball game with his daughter Gianna at the time of the crash.

"Nine people died in the helicopter crash that killed basketball legend Kobe Bryant -- including his daughter, Gianna, and her basketball teammate." - CNN May they all rest in peace. #kobebryant #kobe #legend

Rev. Johnnie Moore tweeted, "God, be close to the family of Kobe Bryant & the others who died, to all they loved & to all who loved them."

God, be close to the family of Kobe Bryant & the others who died, to all they loved & to all who loved them.

A reminder our lives teeter so delicately between life/death, a breathe’s length from eternity

Please continue pray for the multiple families that are affected by this tragic accident. 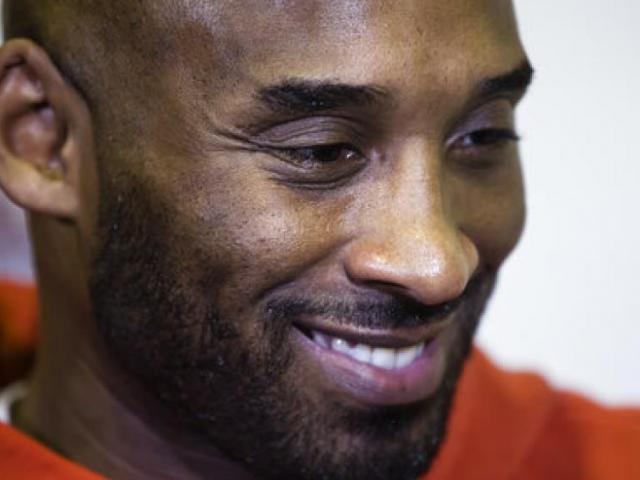