'My God is with Me 24/7': Demi Lovato Leads Star-Spangled Banner, Reveals Life-Saving Power of God 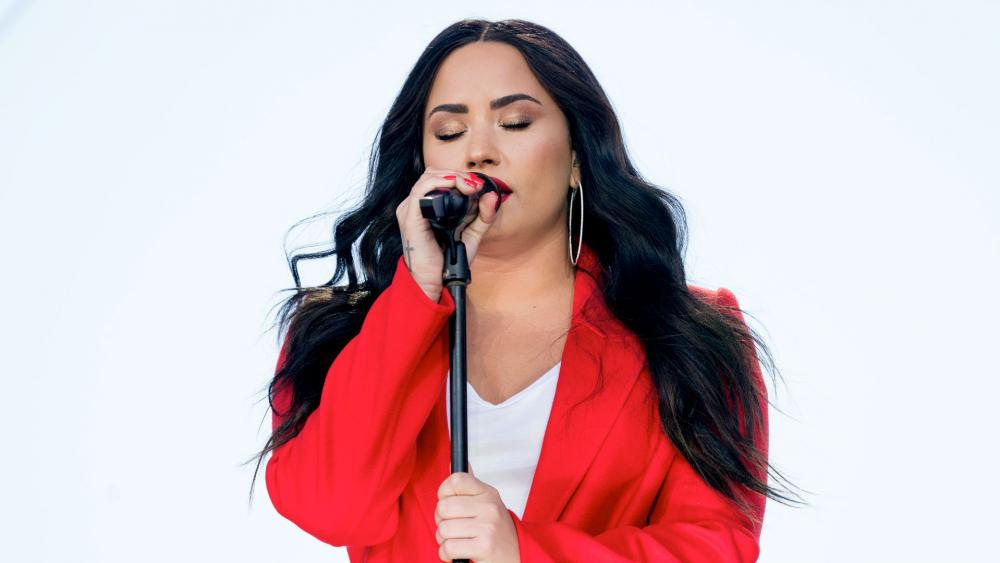 Super Bowl LIV kicked off on Sunday night with two performances by music artists who are very vocal about their faith in God. Grammy Award-winning Gospel legend Yolanda Adams delivered a powerful version of "America the Beautiful."

Then Pop singer Demi Lovato offered an inspiring and patriotic rendition of "The Star-Spangled Banner" which is America's National Anthem. It's the latest high profile success for Lovato who is making a comeback after a near-fatal drug overdose several years ago, and she says it's her relationship with God that has given her hope once again.

CBN News has learned since initially filing this report that Lovato has announced that she thinks she's bisexual. That will be an obvious concern for Christian parents trying to help their children choose Godly role models. To be clear, Lovato's revelation about her need for God's help doesn't mean that she's suddenly become a model of Christian living or that she's decided to live a biblical lifestyle, it may just mean that she is starting to become more aware of her need for God.

During an interview with Zane Lowe on Apple Music's Beats 1, the 27-year-old admitted that when she is struggling, she leans on her faith in God for hope. While she has mentioned Jesus, it's not at all clear if she trusts in him to be her Lord, but she appears to be embarking on a journey of faith.

"When I go through something difficult, I stop and I think, Why is God putting me through this? Sometimes it doesn't make sense in that moment," Lovato shared.

Lovato revealed that her new song, "Anyone" was written and recorded just before her drug overdose in July 2018. The song details how Lovato felt at the time, confessing that the "lyrics were a cry for help."

The song tells a sad story about her emotional journey with substance abuse and loneliness:

She performed the song at the 2020 Grammy Awards last month. It was her first public performance in two years.

Lovato was moved to tears during the performance and had to re-start just seconds into the song. She received a standing ovation from the Los Angeles Staples Center audience at the end.

In an Instagram post written after her performance, Lovato wrote: "What an unbelievable night. My first time back on stage in almost 2 years. So emotional for me. Thank you all for the love, support and for sharing this moment with me. I love you all."

The singer is still healing from her past experiences but has shared that she has found peace attending church and through spending time with her family.

I am an American singer. I was raised Christian and have Jewish ancestors. When I was offered an amazing opportunity to visit the places I’d read about in the Bible growing up, I said yes. There is something absolutely magical about Israel. I’ve never felt such a sense of spirituality or connection to God…something I’ve been missing for a few years now. Spirituality is so important to me…to be baptized in the Jordan river – the same place Jesus was baptized – I’ve never felt more renewed in my life. This trip has been so important for my well-being, my heart, and my soul. I’m grateful for the memories made and the opportunity to be able to fill the God-sized hole in my heart. Thank you for having me, Israel

EDITOR'S NOTE: In reporting about steps that high-profile individuals may be taking to begin seeking God or starting a relationship with Him, CBN does not endorse past or current behavior that may not line up with the Word of God. As we report positive developments in celebrities' spiritual journeys, we encourage our readers to pray for anyone and everyone in the news, that the fruit of God would grow in all of our lives.