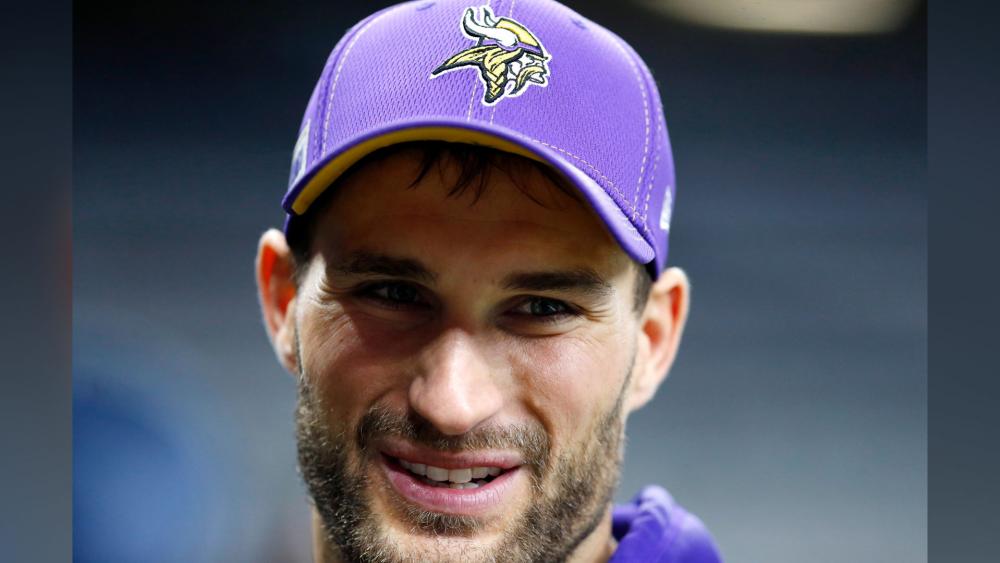 After his team’s dramatic victory over Drew Brees and the New Orleans Saints, Vikings quarterback Kirk Cousins chose to give God all the glory.

FAITHWIRE: I Saw Qasem Soleimani’s Brand of Evil Firsthand — It’s Worse Than You Could Possibly Imagine

Cousins rose to the occasion with a 75-yard overtime drive that culminated in a stunning 45-yard touchdown pass to Adam Thielen, securing the historic victory.

But far from boasting of his own abilities in the wake of such an epic performance, Cousins instead chose to remind viewers that his ultimate security and happiness is rooted in Christ.

“Win or lose, God is still on the throne.”

“My faith is important to me, it’s the foundation for my life,” Cousins said in his post-game interview. “Ultimately, that’s where I gain my peace and strength. Win or lose today, God’s still on the throne and I take comfort in that.”

Cousins, who has been criticized for his ability to perform under pressure, has received widespread praise in the sports pages.

“This is a big deal. This is a very big deal,” wrote Mike Freeman at Bleacher Report. “This can’t be emphasized enough. There were many people in football who believed Cousins would never, ever have this signature moment.”

“Not only did he have it, but he also had it in overtime, on the road, against one of the best defenses in the league and in one of the most hostile environments in football,” Freeman added. “In a playoff game. With the game—checks notes—on the line. He did exactly what many thought he’d never do.”