'You Are a Miracle You Are Not Acknowledging': Kirk Franklin Is Battling Depression With This Awesome Advice 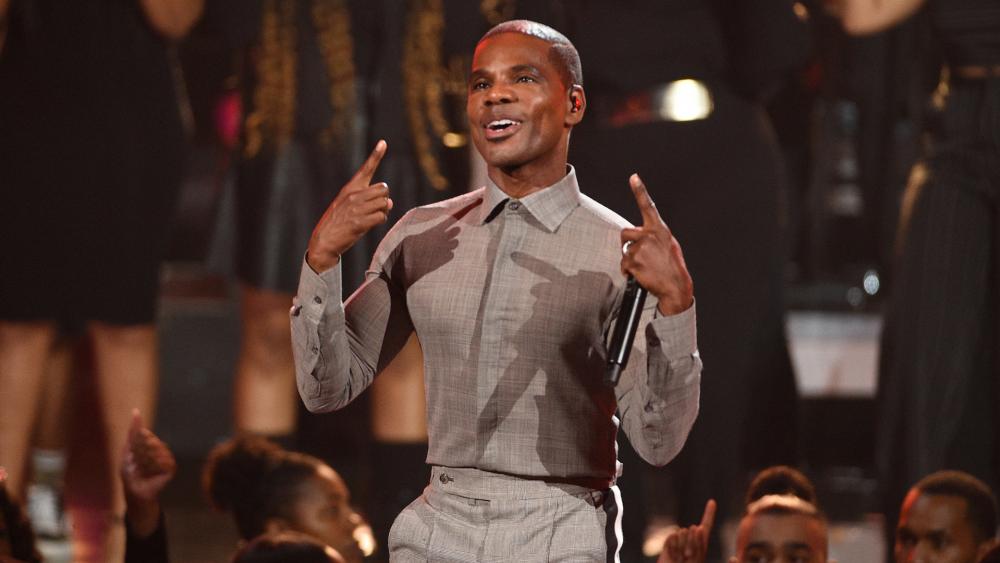 Kirk Franklin performs at the BET Awards on June 23, 2019, at the Microsoft Theater in Los Angeles. (Photo by Chris Pizzello/Invision/AP)

Gospel music artist Kirk Franklin recently revealed he was battling depression, worry, anxiety, and fear. But he found a simple way to overcome it and wanted to share the secret with his followers on social media.

In an Instagram post, recorded while Franklin was in the Dominican  Republic, the 13-time Grammy Award winner talked about his struggles that transpired over the past year, including the loss of several loved ones.

"I went to more funerals in 2019 than I ever been to in my life," he said. "I went to the funerals of friends, people's parents, and people's kids. And it was a lot."

"But not only that, but just the angst that death can bring to you," Franklin continued. "Also anxiety about the future. It's like a fear of who's next or what's next. Whether it's the fear of death or just fear."

"So I just got off the phone with my therapist, a great godly-guy. I normally call my pastor Dr. (Tony) Evans, but because of his own loss in his life, I just want to respect his time," the singer noted.

"My therapist has been a good friend of mine for over 22 years," Franklin added. "He was very vital in helping my marriage when we were going through a rough time. Great guy."

"I was just talking to him about being very anxious, and being very consumed with fear and worry and just struggling with it all. And he said to me something that I want to encourage you. I paid him so I could give it to you for free," the singer said with a smile.

"So if we can begin to live a life of gratitude. Always giving things even though things are dark. I'm here in a part of the world where I am seeing seven, eight and nine people sleeping in one bedroom with no electricity. No windows. I'm seeing kids who have to be careful because of the sex trafficking. They're scared to speak to you. They are scared to look at a man from another country in his eyes because of their fear," the singer continued.

"Things for you could be worse. I promise you it could be worse. And so, living a life of gratitude, then you will begin to be more selfless. Giving God thanks for what he has already done," Franklin stressed.

"And then he (the therapist) laid this one on me, and I want to encourage you with this. He gave it to me and I'm giving it to you for free. He said to me, 'Kirk, you need to be more grateful.' He said, 'Because Kirk, you are a miracle that you are not acknowledging.' You need to say that to yourself. You need to look into the mirror and say, 'I am a miracle I am not acknowledging,' Franklin said.

Throwing his hands above his head, Franklin looked into the camera and told his followers he hoped that encouraged them.