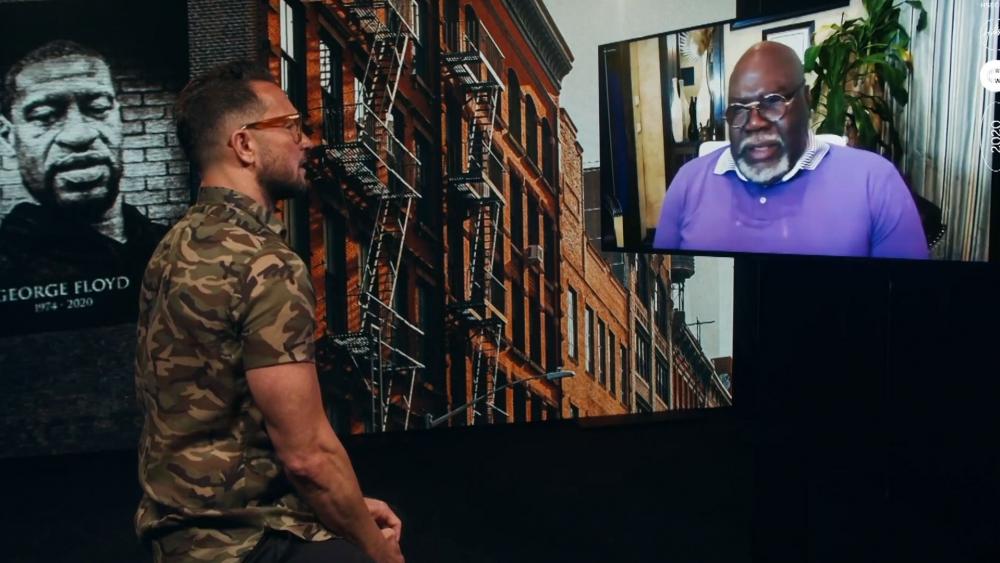 Bishop T.D. Jakes joined Carl Lentz, lead pastor of Hillsong Church in New York City, for a powerful online discussion about the violent protests over the death of George Floyd. Lentz said he felt moved by the Holy Spirit of God to reach out to Jakes to address the pain going on in America right now.

Lentz started the conversation by reading off the names of African-Americans who have been killed by members of law enforcement. Jakes explained that those names are "triggers" for some people who have experienced racial violence.

"When those triggers go off, that trauma comes back," Jakes said. "And the anger that you see is not about one incident alone, but it's about the multiplicity of many incidents."

The bishop opened up about personal experiences with racism during his childhood and that his grandfather was murdered by white supremacists.

"I remember my father going to the backs of the restaurants to get food because we couldn't eat on the inside," he said. "I remember the colored water fountains...history isn't as far back as we'd like to throw it, but we have short memories about this sort of thing."

"When you start looking at the amount of devastation that has occurred to us as a people, it's very difficult to articulate to people from other historical backgrounds the magnitude of the suffering," he added.

Bishop Jakes raised the issue of the church having accountability to address acts of racial violence.

"I think that the church has a responsibility, an obligation, and a calling to respond to it. The church has a tendency to look away. Not just white people, brown people, poor people, and people in cages on the border - anything that gets ugly that we don't want to deal with, we look away."

He noted that violence will not bring resolution to ongoing issues of racism, but speaking out against the injustice will have the most impact.

"I don't think violence is the answer. History has taught us that violence is not the cure," Jakes said. "But as Dr. King said, who led a non-violent movement, 'It is not the atrocities nor the wickedness of evil men that is most appalling, it is in fact the silence of the good men'."

Bishop Jakes further stated there are some African-Americans who should be arrested after committing crimes, but we should not convict and kill someone on the sidewalk.

"There are some people that are black that get arrested that absolutely should be arrested - they did a crime or they're out of control. We are not asking to not be arrested. We are just asking not to be tried on the sidewalk."

To drive home his point about inequality, Jakes referenced Dylann Roof who was treated to Burger King by South Carolina police officers after he was arrested for killing nine black people at Charleston Emanuel AME Church in 2015.

"Just don't arrest me, try me, convict me and kill me on the sidewalk while you take the other victim who killed nine people in a church and you take them out to get something to eat. As far as I can tell, George Floyd did not get anything from Burger King and he didn't kill anybody," the bishop explained.

Watch the full interview with Carl Lentz and Bishop T.D. Jakes below: 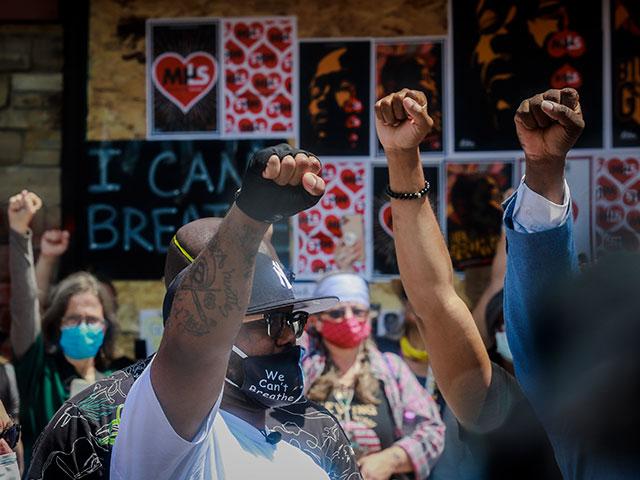