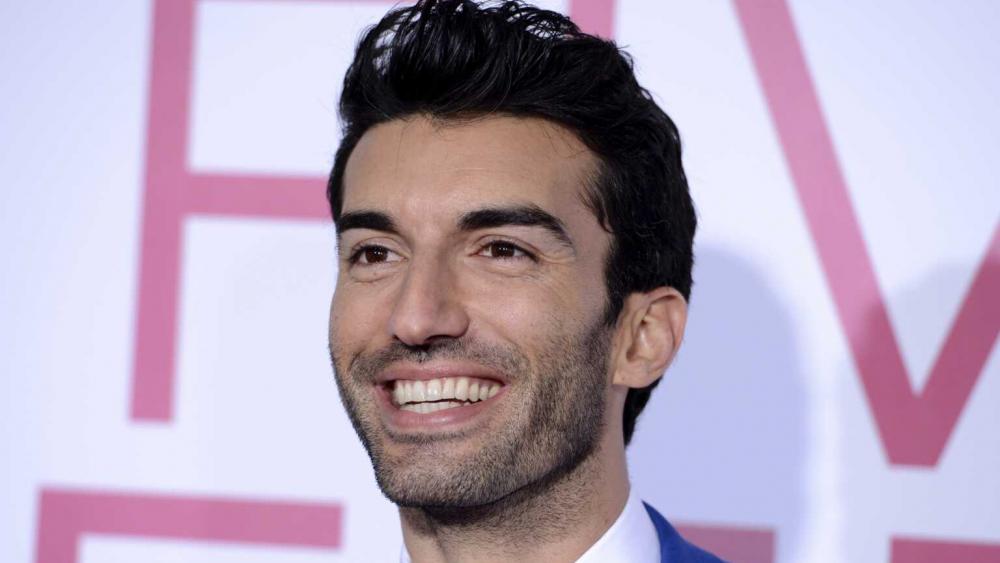 One of four siblings raised in a Catholic home in Lakeland, Minnesota, Zach Sobiech had a typical teenage life — until he faced a terminal diagnosis from osteosarcoma, a rare bone cancer. When Zach began to write songs, his music caught the attention of film director Justin Baldoni, who soon released a 20-minute documentary on his story.

Fast-forward seven years, and Baldoni’s dream project — a dramatic film about Zach — has released as “Clouds,” now streaming on Disney+. Open about his own commitment to the Baháʼí faith, an inclusive religion which differs from biblical theology, Baldoni nonetheless sought to truthfully portray the Christian core of the Sobiech family’s story.

Baldoni spoke from his Los Angeles office in the below interview, which has been lightly edited for clarity.

With “Clouds” just released, what have been some of your favorite reactions?

Justin Baldoni: It has been a whirlwind, man. It’s weird when you spend five and a half years trying to get a movie made and it finally gets released — you kind of don’t know what to do with yourself. I made this movie for a few reasons. I made it to honor Zach, his legacy, his family, and their story. And I made it for a general audience: to hopefully inspire them to remember what’s important, chase their dreams, seize the day, and recognize they have one wild and precious life.

Millions of people around the country and the world have really taken to this story, who didn’t even know it before now. In the week before the movie came out, I had a really far-fetched dream which I mentioned in an interview. I said, “I would love one day, in a perfect world, to see Zach’s story touch enough people that his music climbs the charts again.” Not even two days after the movie came out, it hit No. 1 on iTunes — and it blew my mind. It showed me the power that this kid had. The simple music that came through him was so heart-wrenching yet hopeful.

Just like the movie, life is not easy so I’m dealing with balancing my family. It was my son’s birthday on Sunday, the same day “Clouds” hit No. 1. I had all these conflicting emotions. I couldn’t be on my phone because I want to be present with my son. So it’s not ever just one thing, which is what life is. As the movie tells us: it’s messy, it’s imperfect. But, man, we’re alive and it’s hopeful.

Some people see “Clouds” as just the latest take on a sub-genre where a sick teen makes a final wish. What, in your view, elevates this story beyond similar films?

Baldoni: A lot of people might look at a one-liner on this film and think it’s a sick kid movie about cancer and a kid who dies. I would argue that this is not a sick kid movie, or a cancer movie, or a death movie. In many ways, it follows the arc of a sports film — of an underdog story.

Imagine the story of a Minnesota born and bred 17-year-old funny, dorky kid who, over the course of his senior year, rises to stardom. It’s a family story about love, hope, and inspiration. Then you have a film you connect with and that inspires people. When you add in the antagonist of cancer and the prognosis of death, time is running out and it’s a ticking clock. These elements together are very unique.

More than anything, this is a true story where you can touch the history. His song topped the charts on iTunes seven years ago, and then a second-time last week. He made history twice as an unsigned artist. Also, we took incredible care and effort to make this feel real and organic. Staying away from as many tropes as possible in the “sick kid” or “young adult love story” genres was important to me.

“Clouds” has this remarkable sequence where the Sobiechfamily journeys to Lourdes, France, to seek a divine path to healing — though nothing evidently supernatural occurs. Was this always a part of the story you wanted to include?

Baldoni: Oh, of course. It was a huge part of their story. When you read Laura’s book, Lourdes was kind of the pivotal moment because they were going for healing. It puts true healing into perspective. Because there’s the healing we want, and there’s the healing that God wants, right?

In many ways, a miracle did happen. Because of Lourdes, Zach really changed and recognized what he wanted to do with his time. It’s where he decided he wanted to write music and pursue that dream in his final year. We wanted to show that in a very reverent and sincere way. Now, when you go to Lourdes, the officials and volunteers that are dipping you into the bath are not singing prayers to you. However, music in the film was symbolic of what the experience felt like for them.

His mom Laura had a big prayer. At one point, she prayed deeply to God, saying, “If you’re going to take my son, let it be for something big.” We originally had that in the scene. We decided, in consultation with Laura herself, that it’s more powerful to allow an audience member to have their own experience with what her prayer was.

We didn’t want to ram faith down anybody’s throat. Faith is so deeply personal and it looks different for every Christian, for every Baháʼí [gestures to himself], and for every Jew. People experience prayer and God in different ways. We wanted any person to be able to have a spiritual experience while watching this movie.

This film is about a teen with a terminal illness, much like your documentary series “My Last Days” and your previous film, “Five Feet Apart.” Why are questions about mortality so compelling to you?

Baldoni: I believe every religion exists to answer the question of mortality, and help us cope with the reality that we are all dying. One day, we are no longer going to physically be here. I’ve tackled that question in the first part of my career because there is no greater question — and it forces us, I believe, into action.

To think, contemplate, and meditate on mortality is to ask ourselves how we want to live and how we want to spend our time. We do it in a lot of other ways. We have a calendar on a daily basis to figure out: What am I going to do with my day? Do I have this meeting? How much time do I have to do other things? If we don’t do it with our lives, what is the calendar but something that daily gets checked off and becomes less than?

I want to tackle these subjects, especially for young people, to help them realize that they’re alive and blessed regardless of their situation. Life is going to be hard. But, ultimately, all of us have a choice: Can we find hope and light in the darkness? Can we choose to recognize our existence and spend our time doing things that make us happy and other people happy and conserve the world?

For Christians, these questions about purpose lead into theology about eternity. In “Clouds,” viewers get to know this family and their Catholic faith a little bit. But the message about eternity seems kind of hazy. What was your intent inhow you portrayed those closing scenes?

Baldoni: See, I would push back on the question of eternity being hazy only because the movie ends in a very specific way: with a sign from heaven. In this movie called “Clouds,” we show that this young man with deep faith achieved greatness, loved the way that he loved, and lived his life with intent—then he showed up for his friends and family in such a clear and visible way as a Z in the clouds.

After being famous and known for a song called “Clouds,” that to me is a sign of eternity. It was very intentional that I put it there, and that we end the movie by showing the real picture. If had just written that and put it in the movie, without showing it was real, it would have been destroyed by everybody. Hateful critics would have been like, “Oh, wow, you’re force-feeding us faith and eternity?”

Because it was real, it changes the perspective of what that moment is. The fact is, a clear sign existed in the heavens — not just recognized by a few, but captured on camera and now seen by millions of people. To me, it’s the most apparent and hopeful way I can show people that life doesn’t end here, which was my goal with this film.

With COVID-19 ravaging so many families, how do you see “Clouds” as relevant to this global crisis?

Baldoni: Today, people are suffering. The world is in chaos. At some point, all of us in this life are going to have to choose hope — or allow ourselves to be consumed with darkness and pain. What I love about this story is that you realize you don’t have to choose one over the other. You can have both happen simultaneously.

So often, we are given the false pretense that if we choose one thing, it means that we have to ignore the other. You can both be in pain and suffering and also choose hope. I believe that Zach, this movie, and faith in general ask us to look for the good, to choose hope, to choose love — but to not diminish the fact that we’re suffering.

The world is dark right now. There is a deep anxiety humming all over the globe. We have to both acknowledge that and make conscious choices in our day to pray, to find God, to live in our spirit, to live in our higher nature, to be of service, and to find and choose hope. It’s what we call “the Zach effect,” and I love that this movie has come out now and it’s available in people’s homes for them to be inspired.

Freelance journalist Josh M. Shepherd writes on faith, public policy, and culture for media outlets including The Stream, The Federalist, and Christianity Today. He and his wife live in the Washington, DC area with their son and soon-to-be-born daughter.