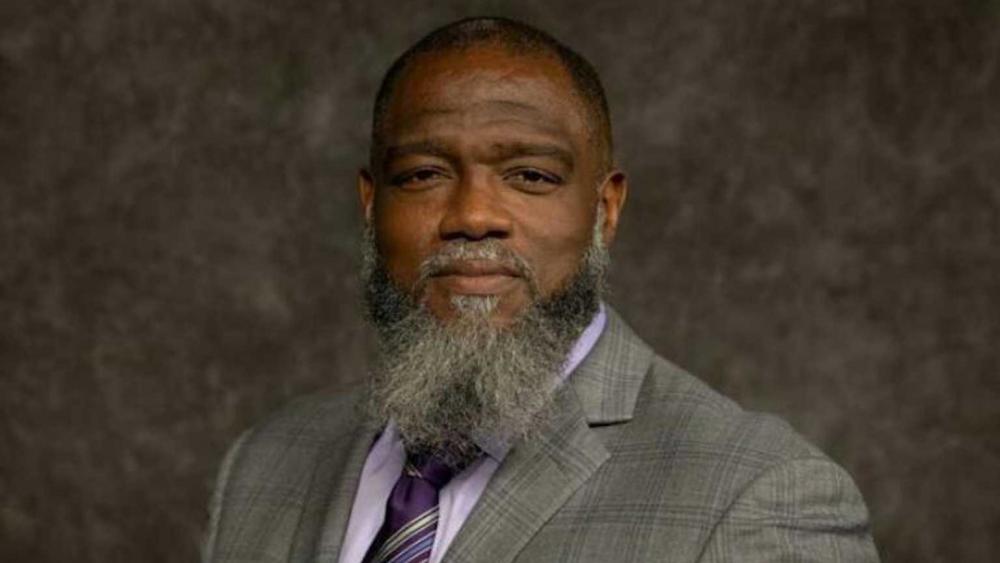 The star of Christian pastor and apologist Voddie Baucham has risen substantially over the last year, an elevation tied directly to a cultural fascination with critical race theory and some Christians’ affinity for the politicized social justice movement.

At the start of his new book, “Fault Lines: The Social Justice Movement and Evangelicalism’s Looming Catastrophe,” Baucham focuses on defining the terms so many are wont to throw around these days, in both pessimistic and praiseworthy ways.

Baucham, a Los Angeles native who serves as the dean of theology at African Christian University in Zambia, relies on the writings of CRT co-creator Richard Delgado, who argues racism “is ordinary, normal, and embedded in society” and that it “advances the interests of both white elites (materially) and working-class people (psychically), [therefore] large segments of society have little incentive to eradicate it.”

He also references the following definition of CRT from the UCLA School of Public Affairs:

CRT recognizes that racism is engrained in the fabric and system of the American society. The individual racist need not exist to note that institutional racism is pervasive in the dominant culture. This is the analytical lens that CRT uses in examining existing power structures. CRT identifies that these power structures are based on white privilege and white supremacy, which perpetuates the marginalization of people of color. CRT also rejects the traditions of liberalism and meritocracy. Legal discourse says that the law is neutral and colorblind, however, CRT challenges this legal “truth” by examining liberalism and meritocracy as a vehicle for self-interest, power, and privilege. CRT also recognizes that liberalism and meritocracy are often stories heard from those with wealth, power, and privilege.

During a recent interview with Faithwire, the 52-year-old preacher also addressed the religious philosophies of prominent critical race theorist Ibram X. Kendi, who espouses “liberation theology,” which says Christians are tasked with “liberat[ing] society from the powers on earth that are oppressing humanity” and rejects “savior theology,” which says it is the job of believers “to go out and save these individuals who are behaviorally deficient … and heal them.”

While Baucham takes great issue with these characterizations — beliefs he argues in his book suggest white people are, by dint of the color of their skin, “incapable of righteous actions on race and only undo racism when it benefits them” — he is particularly concerned with the ways CRT is finding safe haven in churches around the country.

He explained that, because Christians are rightly concerned with fighting injustice, condemning racism, and promoting equality of opportunities, philosophies like CRT are appealing, even when their underpinnings are “absolutely” in contradiction to Scripture.

Baucham warned against the pull some may feel to embrace certain elements of CRT while setting aside others, taking an à la carte approach to the issue.

“Critical race theory is a worldview,” he said. “It has central tenets and everything that it does is seen through the lens of this worldview and these central tenets.”

At the core of Baucham’s concern, though, is what accepting CRT as the pathway to moral betterment says of the sufficiency of Scripture.

CRT, according to Baucham, warps our understanding of objective truth. He explained that narrative storytelling — sharing one’s experiences — becomes paramount in the search for truth.

“In critical race theory, if you want to know the truth when it comes to race and racism, you have to elevate black voices, you have to listen to the voice of the marginalized — and this is what people are talking about in church today, right?” Baucham argued. “[W]ith critical race theory, we do this because that’s the way you know truth. Not through knowing God, not through knowing God’s Word, but through listening to the voices and the experiences of the people who we determine to be marginalized.”

There are some within the CRT camp pushing further than just to suggest Scripture is insufficient to address injustice. Baucham referenced the textbook “Teaching for Diversity and Social Justice,” a guide for how educators should teach their students about social justice issues.

The authors of the book, Maurianne Adams, Lee Anne Bell, and Pat Griffin, argue the predominance of Christian thought in the West is, in and of itself, an oppressive and marginalizing force within society:

The term “Christian hegemony” may startle readers who are not aware of the pervasive cultural position of “normative Christianity” in everyday life within U.S. schools, neighborhoods, and the workplace. “Hegemony” is another way of describing the cultural and societal level of oppression of “cultural imperialism” as a form of oppression.

“So, just like people are told to check their whiteness, ultimately, social justice Christians need to check their Christian privilege as well,” Baucham said when asked if the philosophy of CRT could lead people to wrongly believe Christianity is, at its root, a construct of oppression.

This kind of divisive rhetoric, he later warned, is not helpful toward addressing legitimate instances of racism or injustice. In fact, Baucham is concerned structures like CRT will only further inculcate Americans against one another and could lead to a rise in “actual racism.”

At another point during his conversation with Faithwire, Baucham addressed the “false divide” between black people and white people as a discord human beings established on their own.

In order to have a Gospel understanding of ethnicity, he urged believers to seek out the places “where the Bible speaks to it most clearly,” like Ephesians 2 and Galatians 3-4.

That is good news — if only we believe it.

Regardless of how critical race theory continues to spread, even among believers, Baucham is confident in the future of the capital-C Church, the body of Christ, as it is defined in Scripture.

“The gates of hell will not prevail against the Church,” Baucham said. “And that’s another thing that bothers me — this attack on the Church. You’re hearing people basically pummel the bride of Christ in this whole thing. … The Lord loves His church, and I’d hate to be those people when the backlash comes.”

Watch our full interview with Baucham in the video above. If you’re interested in ordering his new book, “Fault Lines: The Social Justice Movement and Evangelicalism’s Looming Catastrophe,” click here. 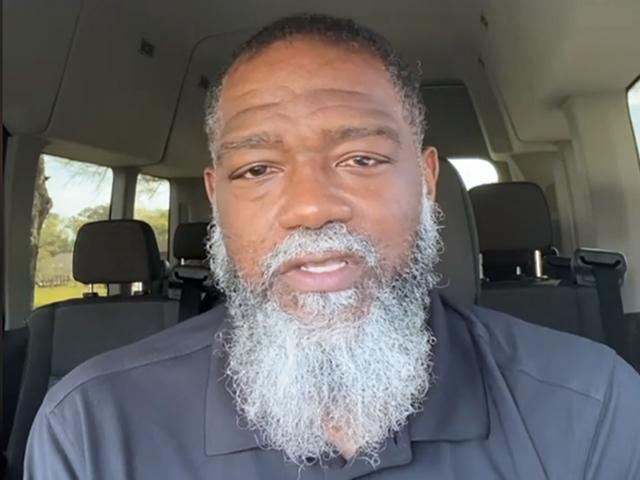 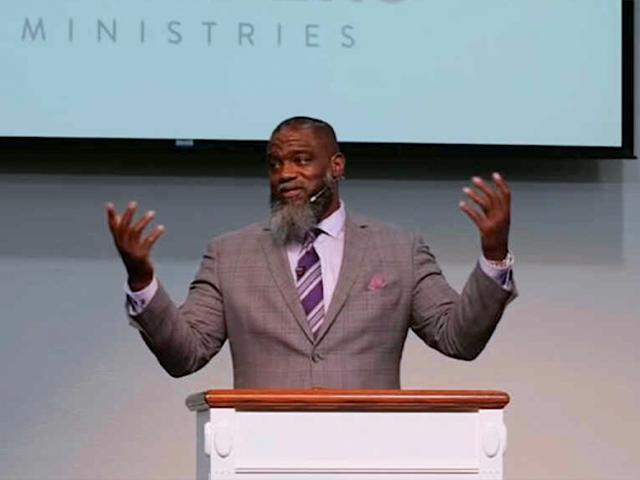 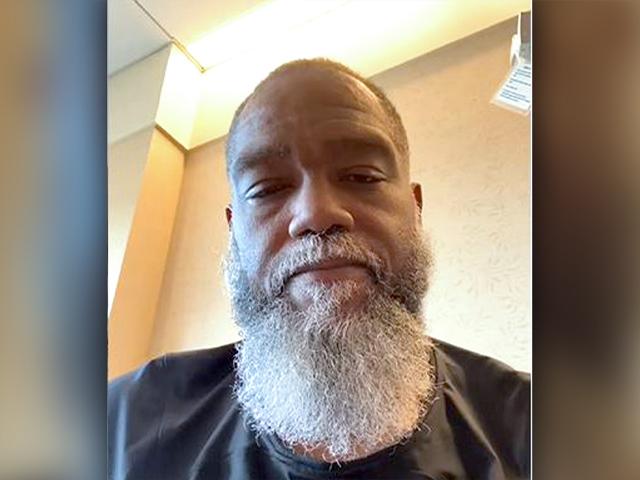 'God Has Been Gracious': Voddie Baucham Says He Expects Full Recovery After Being Discharged from Hospital
CBN News Email Updates