Paralympian Jessica Long Had 50 Gold Medals but No Peace, Then She Gave Her Heart to Jesus: 'God Is Enough' 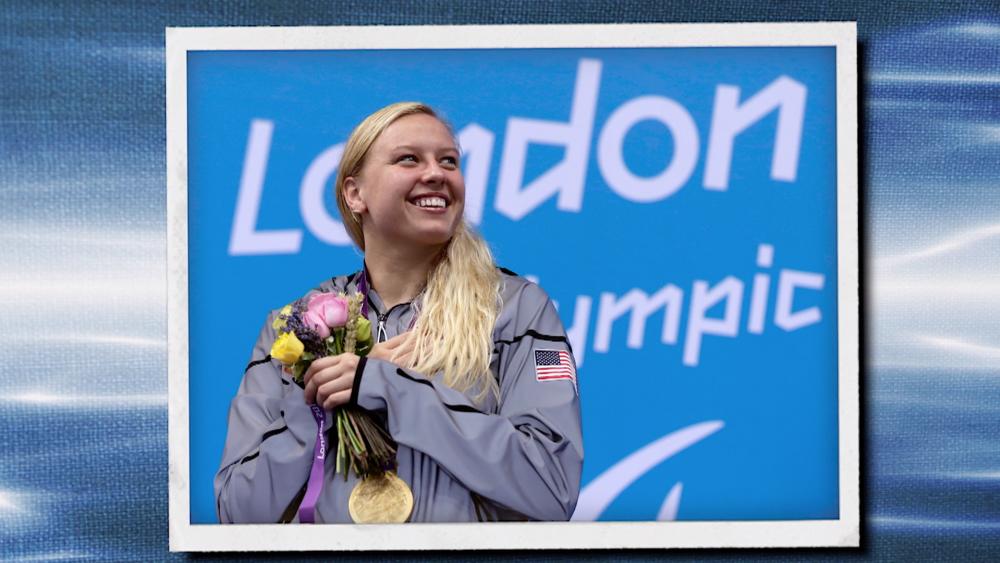 Jessica Long is a 13-time world record holder and one of the most decorated Olympic champions ever – but she says she's finally found something much greater than gold.

Jessica made headlines earlier this year during the Super Bowl, and some say she was actually the real star of that night's events. A Toyota commercial about her life aired during the big game and quickly went viral.

Over the course of sixty seconds, it told Jessica's inspiring story, beginning in a Russian orphanage and ending with Olympic glory.

In 2004, at the age of 12, Jessica became the youngest Paralympian to win a gold medal. In fact, that year she won three.

"There was 20-some thousand people who had just watched that race, so I was just trying to catch my breath, excited that my family saw it and just that I couldn't wait to see them," she recalls.

Jessica was born in Russia without her lower leg bones. It was there in a Siberian orphanage she was adopted by Steve and Beth Long, a couple from Baltimore, Maryland.

"They saw a picture of me and another little boy," says Jessica, "and I think it's so special and so incredible because they just, they really felt on their hearts that we were the children that God wanted them to adopt."

At 18 months, the Longs made the difficult decision to amputate Jessica's lower legs, the first of 25 painful surgeries.

Jessica says, "You didn't have to tell a girl with no legs that she, you know, I knew I was different. I was missing half of my body. But I really had incredible parents who really taught me that, you know, God has always had a special a plan for me."

That plan made sense...in the water.

Jessica recalls, "Every Sunday after church we would go over to my grandparents' house and spend time with them and they had a pool in their backyard, and I would like eat as fast as I could just so I could be the first one in the pool. And then I would be the last one out."

At the age of 10, Jessica joined the local swim team. And while the pool made sense, Jessica questioned why God made her different.

"I remember being really angry," Jessica says.  "I remember not wanting anything to do with God, and I was going in for surgeries every three months. And I mean, all I ever heard was God made me this way and I was like, 'Hmm, I don't think I like that.'"

Jessica says, "I think swimming really just became my identity because going into the 2008 Paralympics, I didn't perform as well as I would've liked to. I was the world record holder in the 100 breaststroke, but I got the bronze medal. And one of the first things I asked my parents, I was like, 'Do you guys still love me?' And they're like, 'What are you talking about?'"

Her surface relationship with God gave way to her identity as a swimmer.

Jessica says, "I think in a way I felt like I could do it all on my own and I totally could, right. I was the one going through surgeries. I was the one walking in two prosthetic legs and I was going, I mean, my legs hurt me every single day and I didn't even want to rely on my parents, let alone someone that I couldn't even see. And I was winning awards. I was on red carpets in LA. I was, you know, getting sponsorships…"

Over the next six years, Jessica racked up over 50 gold medals and 18 world records. At the London Paralympic Games in 2012, Jessica realized something was missing.

"I had just won five gold, life was great," says Jessica, "I'd had a commercial with Coca-Cola. There was so many things again that were happening. But still, I just remember feeling really empty and just really just unsatisfied, which I was like, why? I mean, I've done everything that I've ever wanted to in this swimming journey, this swimming career, how do I still feel empty? How do I still feel unsatisfied?"

While training for London, Jessica attended a women's Bible study, and over time she knew she needed something to change.

Jessica says, "I think I was just tired of being angry. I think I was tired of carrying all this weight. I think, you know, nothing was still satisfying my soul, and that's all I'd ever heard my whole life, right, is God is the One. He's the One that can fulfill and satisfy every – all of your needs."

One night in the summer of 2013, she surrendered her life to God.

Jessica says, "I walked up and prayed with a woman that I had known and just was like, 'I really want to give Him my whole heart. I want to pray. I don't want a question anymore.' And it was a really special moment. I really do know for a fact, like I was like I gave Him all of me and I just remember feeling so weightless and so, just a part of God's family for the first time, like really a part of it. I feel so much gratitude and love towards just everything that God's given me, just so thankful."

Today Jessica is married and training for this year's Paralympic Games in Tokyo.

As one of the most decorated Paralympic athletes of all time, Jessica is confident in her ability, but even more secure in her identity.

"My identity is in Christ," says Jessica, "and I really hope that I show that with just my character, the way that I do things on the pool deck. I know I couldn't do it without God. I do really rely on Him. And when I'm swimming, I do picture Him next to me in like I'm still using the talent that He has given me. And I think that I'm still really living my purpose and that He would be really proud of me. I would say every athlete or anyone who's probably ever felt this just not satisfied, right. It's not working. You're not satisfied. It's never going to be enough, but God is enough. And-and that's really hard and it's all on your own time, of course, but just know that God's waiting, waiting for you with His arms open and He can't wait to have you a part of His family."