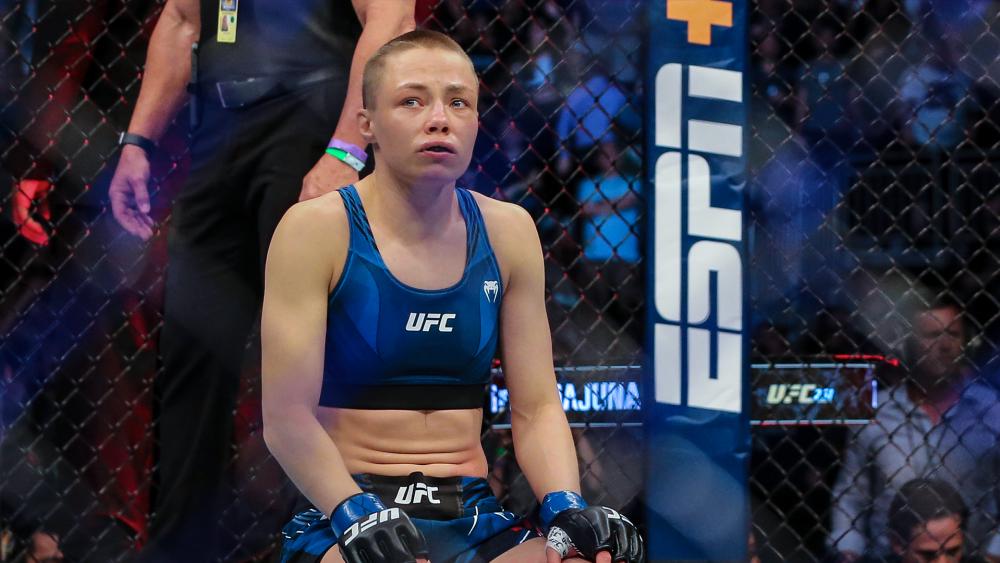 After Rose Namajunas became the UFC strawweight champion Saturday night, she immediately pointed to God as the source of her success.

At the 1:18 mark in the first round, Namajunas pulled off the upset of Zhang Weili during UFC 261 in Jacksonville, Florida. The 28-year-old dethroned her opponent with a kick to the head and multiple punches, leading referees to call the match.

During an interview with announcer Joe Rogan, an emotional Namajunas redirected the attention on God.

"I did it again, but God did it," she said. "I really just had to have faith in Him but that's what got me through."

Namajunas' family moved to America from Lithuania to escape from communism. During a recent interview with Lithuanian National Radio and Television, the champ said her past serves as motivation and drives her to defeat opponents.

"It's nothing personal against her, but that's a huge motivating factor of why I fight, and I fight for freedom," Namajunas said. "I've got the Christ consciousness, I've got Lithuanian blood, and I've got the American dream. All of those things I'm taking with me into the fight."

Following Saturday's match, Namajunas told Rogan that any anti-communism comments she made were not directed toward anyone and that she loves everyone.

"It's just my history and my past and that's it," she explained. "I love all people, all cultures, everybody in the world."

Last December, Namajunas offered a public prayer on YouTube to "anyone that needs it."

"The power of prayer guys. No matter what's going on right now...there's lots of craziness, God is in the center of all that and that's where peace is found. If you can find that center, that peace in the midst of all this - that's the whole goal," she concluded.