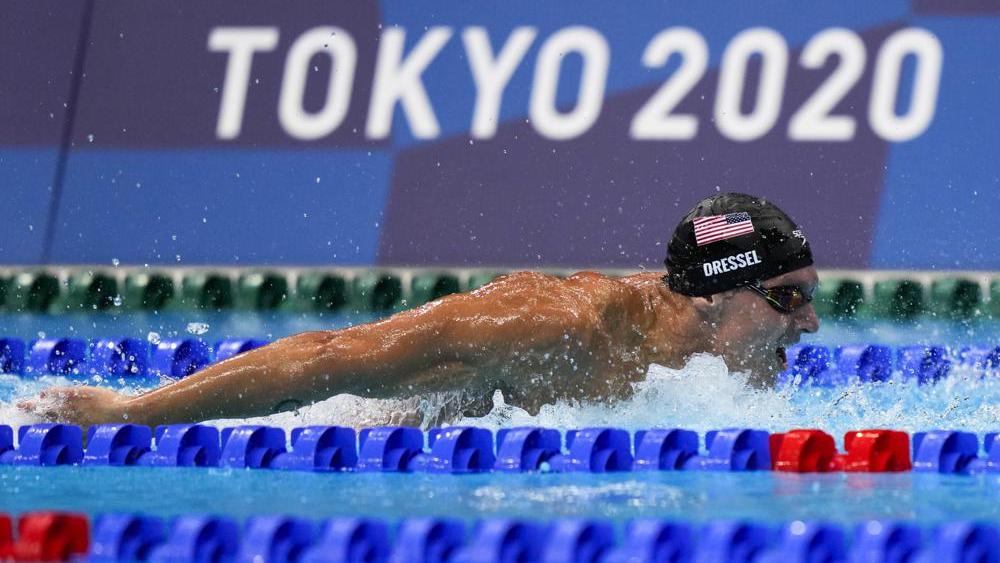 American swimmer Caeleb Dressel is leaving the Tokyo Olympics with five gold medals after breaking several world records - including his own.

At the conclusion of the race, Dressel told reporters, "It's a really tough year, just really hard, so to have the results show up, I mean, it really came together, so I'm happy."

Dressel has also been open about his Christian faith, which he says is the driving force for him to continuously push forward.

A large eagle tattoo covers the top of his left shoulder, which represents one of his favorite Bible verses, Isaiah 40:31, which says, "But those who hope in the Lord will renew their strength. They will soar on wings like eagles; they will run and not grow weary, they will walk and not be faint."

"It's the reason I'm in the sport — not just to go fast times, but to inspire people and show them where I find my happiness with what God's given me," Dressel said after the 2015 U.S. Nationals, via the Baptist Standard.

He was raised in a Christian home but admits that his faith grew stronger while studying at the University of Florida and once he started attending church in Gainesville.

Dressel even stopped swimming because he no longer enjoyed it. He eventually returned to the sport with more hope and confidence in the Holy Spirit.

"Coming out of that, I started swimming again and really just put all my trust in God and knowing that He's going to take care of everything for me, good or bad," Dressel told the Baptist Standard in 2016. "I really learned a lot, and I really learned to see the light at the end of the tunnel and trust what God is doing, whether it be a rough point in your life or a top pinnacle in your life. You've just got to take pauses and really trust what He's doing."

Considered by many to be the best male swimmer in the world, Dressel said he’s achieved the goal that he set out to accomplish.

"I give myself a pat on the back and then I just want to go home, put it away and move forward," Dressel said.