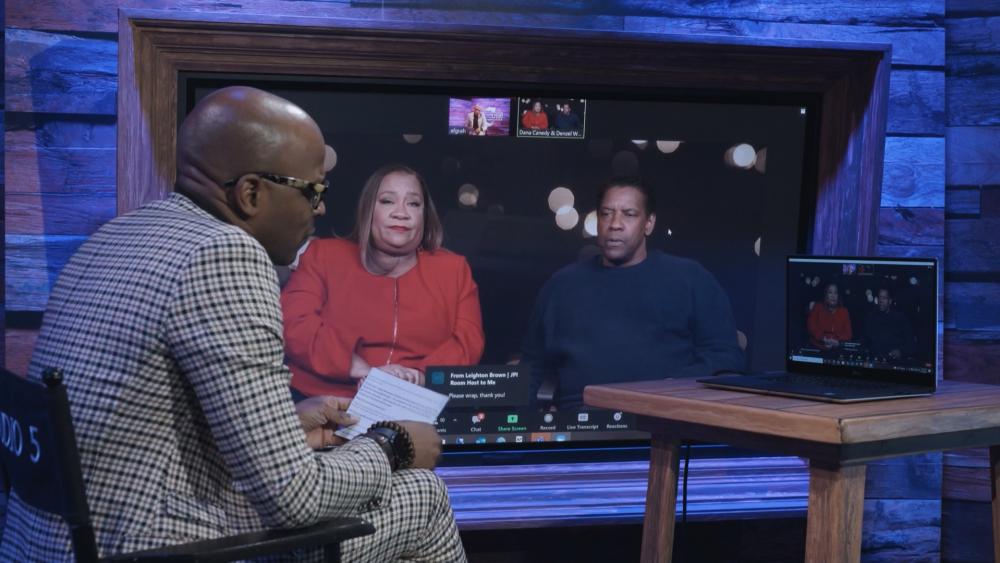 Image source: CBN News
6288034083001
Denzel Washington Tells CBN News Why 'A Journal for Jordan' Was 'an Assignment from God for Me'

The new film, A Journal for Jordan, is based on the true story about an American military hero who was deployed to Iraq.

The movie takes viewers back to 2006, telling how Army First Sergeant Charles Monroe King kept a journal of advice for his infant son in case he didn't make it back home.

At the age of 48, King's life ended as the result of a terrorist roadside bomb. The tragedy left his son, Jordan, without a father, and his fiancé, Dana Canedy, without the love of her life.

The gift Jordan's dad left behind became the subject of Canedy's Pulitzer Prize-winning book, A Journal for Jordan: A Story of Love and Honor.

The movie, which debuts in theatres on Christmas Day, stars Michael B. Jordan in the leading role with Academy Award winner Denzel Washington in the director's chair.

CBN's Studio 5 spoke with Washington and Canedy about how God's presence was felt throughout the project.

Canedy told CBN she felt comfortable with Washington directing the film because he's a Christian, a good family man, and the best at what he does.

"God's in charge. I've been blessed," Washington told CBN. "When you start there, the sky is the limit. There were great, subtle signs along the way. Like I remember, I would never oversleep. I would also just wake up. No matter how much or how little sleep I got. You know when you know where it comes from."

He added, "There is a saying in boxing, 'a ton of confidence can be drowned by an ounce of doubt.' But when God is in charge ... yes you forget because you think you're in charge."

Canedy explained how she encouraged King to keep a journal, despite the harsh conditions he faced while in the field.

"I was pregnant with Jordan and in a gift shop, picking up a gift for a friend and I saw journals," Canedy explained. "I thought, what if something happens to him over there and he never has a chance to meet our son. Let me see if I can get him to put a few expressions of love to him on paper and I had no idea that he would become obsessed with filling it up with all of these amazing life lessons."

"He wrote 200 pages. He wrote to him about the power of prayer, about finding his wife, about how to treat a woman on a date, about sacrifice ... everything. When I received that journal, I fell in love with him at a deeper level."

King finished the journal in 2006 while home on a two-week leave, just two months before his death.

Although it took years to complete the film, Washington said he really wanted to be a part of a true love story.

"It's just beautiful. In this time we live in with so much division, hatred, and pettiness ... here's a real love story with a real hero that really loves this woman and really loves his son and makes the ultimate sacrifice for his country," he told CBN.

"I just wanted to be a part of that. Not only respected it and admired it but to be given the opportunity to share that story with the world is an honor and a privilege. Obviously, it was an assignment from God for me."