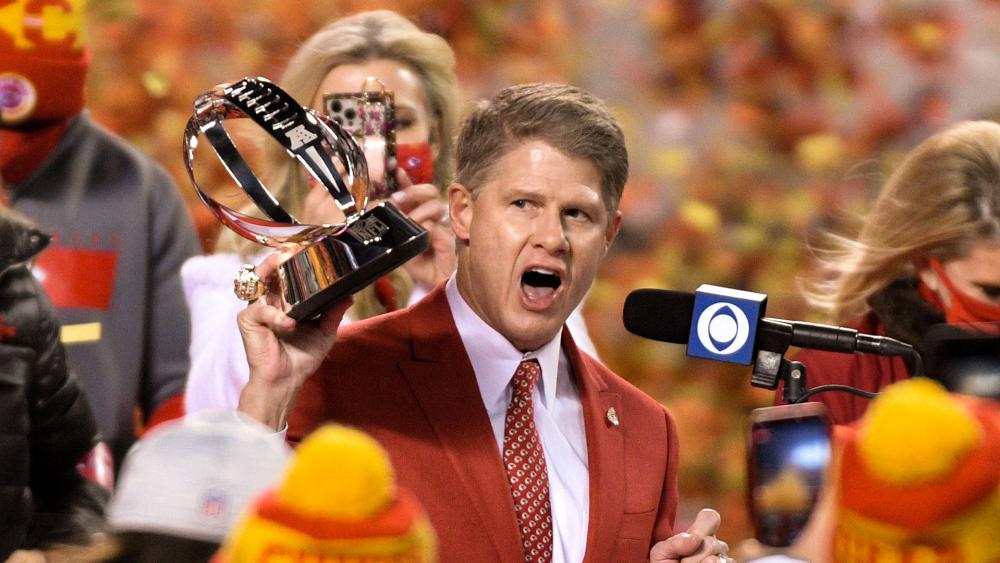 It will be a tale of two quarterbacks in this year's Super Bowl, which will be played on Feb. 7 at the Raymond James Stadium in Tampa, Fla.

Veteran Tom Brady, 43, the quarterback for the Tampa Bay Buccaneers, will be playing in the big game for an incredible tenth time.

Brady will be up against Kansas City Chiefs Quarterback Patrick Mahomes, 25, who will lead the Chiefs in their bid to defend their Super Bowl title.

The Chiefs dominated the Buffalo Bills in the AFC Championship game played two weeks ago at Arrowhead Stadium in Kansas City, Mo., winning by two touchdowns:  38 to 24.

Mahomes threw for 325 yards, leading the Chiefs back to their second straight Super Bowl appearance.

Many players on both teams have spoken about their Christian faith as well as Clark Hunt, the chairman, and CEO of the Chiefs.

When accepting the AFC Championship trophy named after his father Lamar Hunt, Clark Hunt on national television gave recognition to his team, their fans, his late father who founded the AFL and the Chiefs, and to God.

"I'm so honored to accept this trophy on behalf of this incredible team, and the best fans in the National Football League," Clark said Sunday night. "The Lord has blessed our family in so many ways. Coach (Andy) Reid, what a game today. Great job today. My dad would love the grit and determination of this team."

"The Lord has blessed our family in so many ways." - Chiefs owner Clark Hunt#SuperBowlLV pic.twitter.com/UpXRkaEfRE

Clark and the Hunt family have been very outspoken about their faith in Christ over the years.

During a speech last November to the CityFest East Texas Men's Luncheon in Tyler, Texas, Hunt told the audience he makes his Christian faith a top priority for his staff, according to the Tyler Morning Telegraph.

The Chiefs' Arrowhead stadium offers a nondenominational pregame chapel service for fans who attend the games. Hunt and his family regularly attend, according to sportsspectrum.com.

Chaplains also play an active part with the team. "We want our employees to develop spiritually," Hunt said. "In the National Football League, Christ is really glorified. My identity is my faith in Christ."

Hunt also praised Mahomes and said they were looking for a young quarterback to take the team to the next level, and they found a great leader in Mahomes.

"Watching Patrick last year was an unbelievable revelation," Hunt said. "You would have thought he was a 10-year veteran."

Mahomes and other Chiefs players have also spoken out about their faith. As CBN News has reported, Mahomes has been described as a man of humble faith in God, and his faith comes out from time to time in his tweets.

He has said faith is a big part of his life and keeps him grounded.

"My faith has always been a big part of what I do... I've grown up in church and faith really helps you know why you're playing the game, and who you're doing it for," he told FSPN.

"There's definitely a lot of Christians in the organization, and when it starts at the top, that's pretty powerful, with the owner, and he kind of sets it from there," Wisniewski noted. "But there are definitely players following Jesus on the team too and it's been fun to get to know some of those guys, and try to share with them and encourage them.

"At the end of the day, when the confetti's falling, I just hope it's Jesus that gets the glory," he said.

After the Chiefs win over the Bills Sunday night, Wisniewski tweeted: "I CAN'T BELIEVE I GET TO GO TO ANOTHER SUPER BOWL!!!!!!!!!!!!!!"

And it must be noted that the Kansas City offensive lineman's Twitter bio begins with the words, "Disciple of Jesus Christ."

Kansas City cornerback Antonio Hamilton has these words on his Twitter bio to explain who he is. "1. God 2. Father-Husband 3. Family 4. Football Player.... Instagram: BroHAM1993 CHIEFS#20".

Hamilton also tweeted about the Chiefs' win, writing: "This Has To Be The Most Amazing Birthday Gift Ever! Gotta Be God! I'm Going To The Super Bowl!!!! #HUMBLEDandBLESSED #DISCIPLINEDandSACRIFICED."

This Has To Be The Most Amazing Birthday Gift Ever! Gotta Be God! I'm Going To The Super Bowl!!!! #HUMBLEDandBLESSED #DISCIPLINEDandSACRIFICED pic.twitter.com/ax3cJhHH4k

Two weeks ago, Hamilton shared this Bible verse from Isaiah 55:6-7 to all of his Twitter followers.

"Seek the LORD while you can find him. Call on him now while he is near. Let the wicked change their ways and banish the very thought of doing wrong. Let them turn to the LORD that he may have mercy on them. Yes, turn to our God, for he will forgive generously.
Isaiah 55:6-7"

Seek the LORD while you can find him. Call on him now while he is near. Let the wicked change their ways and banish the very thought of doing wrong. Let them turn to the LORD that he may have mercy on them. Yes, turn to our God, for he will forgive generously.
Isaiah 55:6-7