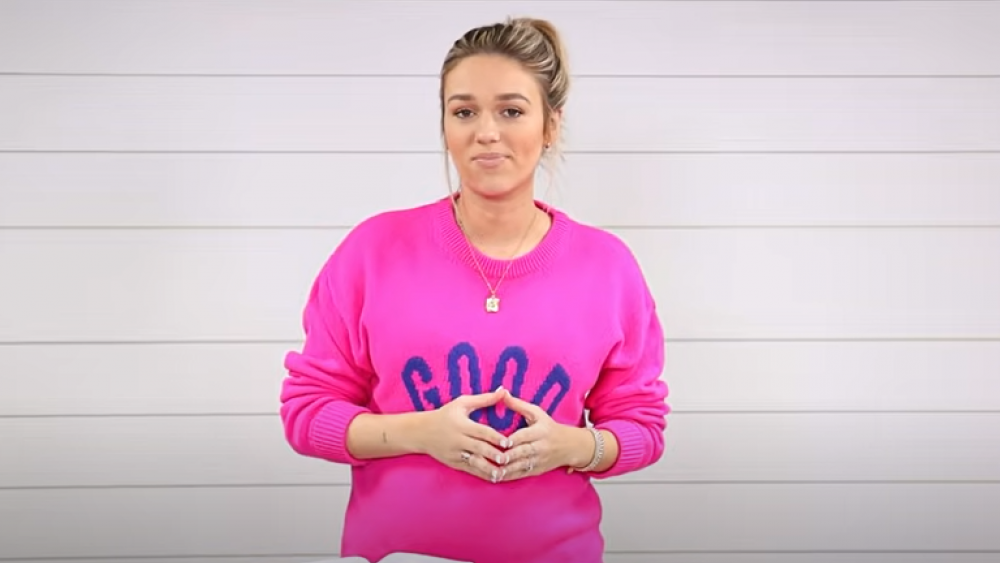 Duck Dynasty's Sadie Robertson recently shared details about her struggles with postpartum depression since giving birth to daughter Honey in May - and how her Christian faith ultimately saw her through some of the most difficult times she ever experienced.

During the latest episode of her "WHOA That's Good" podcast, the 24-year-old said welcoming her daughter "didn't all go quite as planned" due to complications with the delivery and the amount of pain she felt afterward.

Robertson explained the pain medication she took gave her a "false confidence" which wore off when she arrived home.

"I was in more pain than I'd ever been in, honestly, in my whole life. For real," she said. "I just laid on the couch and I started crying so hard ... I could not stop crying."

Robertson also revealed the "really, really bad" physical pain she felt didn't stop for about a month. As she tried to cope with the discomfort, she was also dealing with an emotional strain.

"I'm constantly trying to fight fear in my life," she said. "Postpartum, it was so many emotions happening that I couldn't really fight the fear like I normally do. All of the sudden I was in a state of anxiety. I didn't even realize that it was creeping up as much as it was."

She told listeners the difficult circumstances she faced after giving birth stayed with her, leading her down a dark path.

"My mind kept going into the, 'What if this would've happened? What if it did last one more minute and she didn't make it? What if neither one of us made it? What if I lost too much blood? What if when they pushed on my stomach they actually severely damaged something internally and I don't even know I'm bleeding? What if the oxygen actually did get cut off for too long and she has brain damage?' All of these what-ifs," Robertson shared.

Contemplating all of these thoughts turned into a "toxic brain spiral" that gave way to "extreme anxiety," she said.

But Robertson chose not to tell anyone about the struggles she was going through.

"The reason why I was so fearful is because I loved her so much. The reason that I even cared if something happened is because I loved her so much and I was so happy to get to be her mom," Robertson continued. "However, just because it makes rational sense that I had some fear, doesn't mean that's something I needed to live with or I needed to soak on."

Robertson reached a breaking point one night while watching a movie with her husband Christian Duff and several family members.

"I told them all I had to go to the bathroom and I went and I just started crying in my closet," she recalled. "Christian came in and he was like, 'What are you doing?' And I just said, 'I'm so scared.' He said, 'Why?' And I said, 'I'm just so scared. I'm scared something's going to happen to her. I'm so scared she's not really okay. What if whenever she got stuck, the oxygen actually cut off too long? I'm scared that something happened to me and I'm not going to get to be the mom that I want to be to her.'"

At that moment, Huff, 23, confessed that he had also been struggling.

"What was crazy was I didn't even know he was experiencing fear. He opened up to me and he said, 'Actually, me too. It's been hard for me. Watching you be in pain has been hard. When you were in labor it was so hard seeing (that). That moment was so scary ... I was so scared,'" she recalled. "We both needed to open up about it. We just didn't want to because we didn't want to seem like we were ungrateful, but actually, it wasn't that at all. It was that we were so grateful that we didn't know what to do with these huge emotions."

After that moment, Robertson found reassurance and support through therapy, journaling, and her strong Christian faith.

"Fear was really stealing from the sweetness of the moment at that time, those first two weeks of that miracle I had," she said. "I came to this moment with my story where I was like, 'I can live in fear, yeah. I can sit here and say what if, and what could've and what should've happened, or I can live like a miracle happened.' I can't explain why I'm okay and why she's okay, but we both are and I just need to have gratitude and thank God."

Robertson added that the "gratitude that I have in my heart ... it just began to shift the fear in my life." Now, she finds motherhood to be "the greatest honor in my life."

She added, "It is the greatest joy. It has not been easy by any means. It's hard, right?  But what would be even comparable to the greatest thing ever, the greatest responsibility, and not be hard? It's supposed to be. It's been the most beautiful journey.

"I love being Honey James' mom. I love doing it with Christian. We are a team in it all. I wouldn't trade it for the world. I can't wait to see the times to come. I'm thankful for where we've been, but I'm very excited for where we're going and what we've learned along the journey," Robertson concluded. 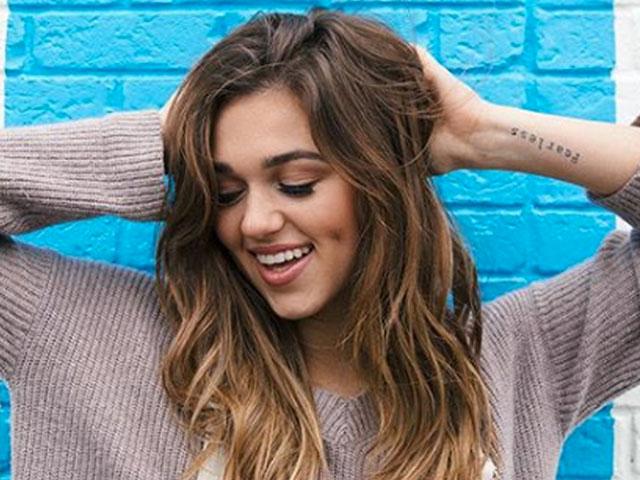