Lionel Messi Gives God Glory for Copa América Victory: 'God Had This Moment in Store for Me and I Am Grateful' 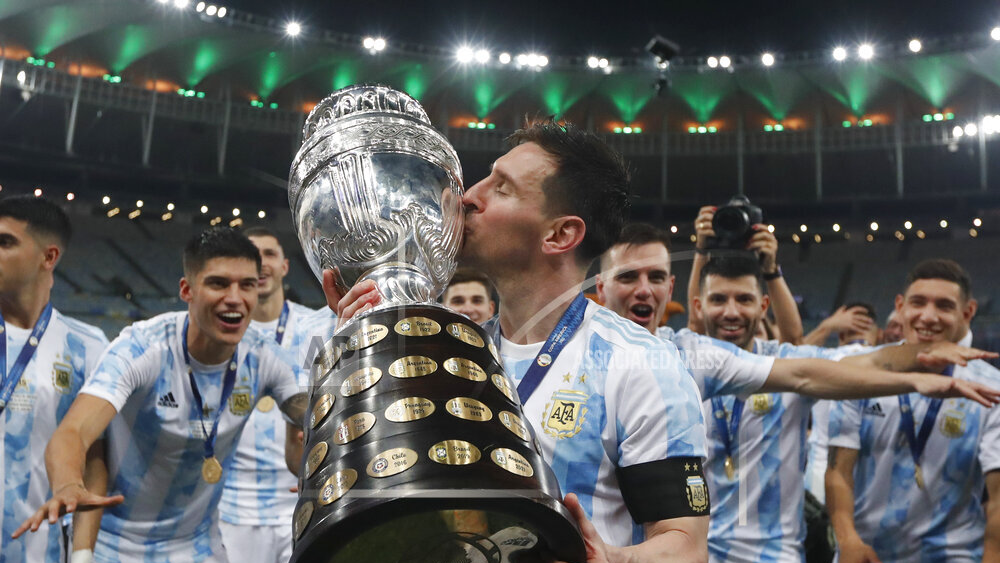 The Argentine team La Albiceleste, which means the White and Sky-Blues, managed to beat Brazil 1-0 to end Argentina's 28-year streak of not being able to lift a trophy.

Messi celebrated the victory by giving praise to God, saying, "I thank God for giving me these moments."

Then he thanked his family and closest loved ones. "Many times I dreamed of this. I dedicate it to my family, my wife, my children, my elders, my brothers, who many times had to suffer, just like me or worse. We always had to go on vacation and spend several sad days, without earning anything, and this time it is different."

Messi, whose nickname is "The flea" because he's so short, waited a long time to be able to celebrate these minutes of glory. He had to put his faith in God and wait for the perfect time. "God had this moment in store for me and I am grateful," said the star player.

"I had a lot of confidence in this group, which has been getting very strong since the last Copa América, where many good things have already been done. A group of very good people who always push forward, who never complained about anything, they were locked up for many days, without being able to see the family, but the objective was clear. It was given to us, we were able to be champions and happiness is immense," added the champion.

The Argentine's next challenge is to win the World Cup in Qatar next year, which would be his first since Maradona led the team to the title in 1986.