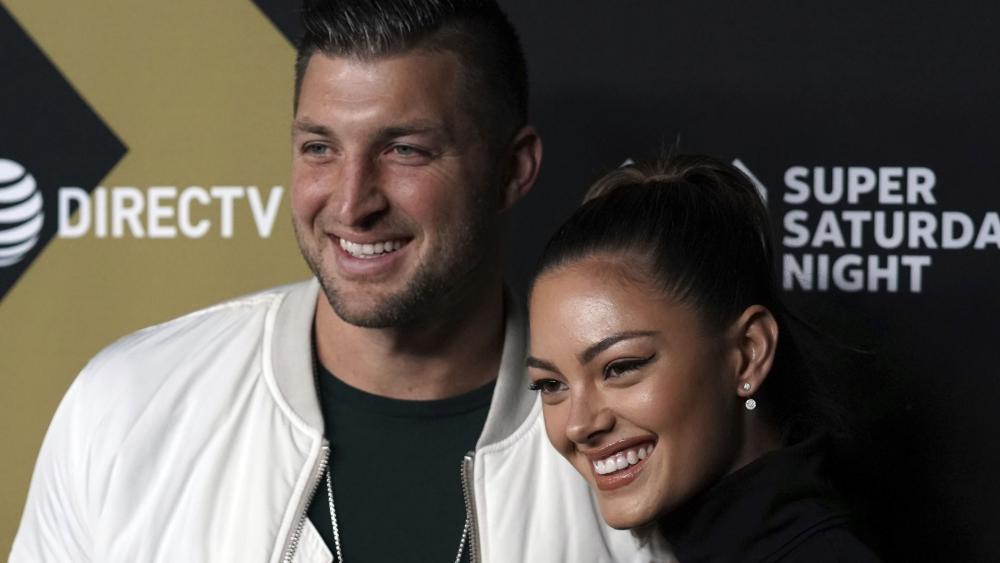 In an effort to raise awareness of human trafficking, Demi-Leigh Tebow shared the terrifying details of an encounter she had four years ago when armed attackers tried to abduct her in public.

During an emotional video, the 26-year-old explained that one of the reasons she is "so passionate about giving women all over the world a voice, and an opportunity to reach out for help" is because she has also experienced traumatic fear.

Demi-Leigh recalled the time when she was stopped at a traffic light and her car was suddenly surrounded by five armed men.

"I didn't know how that could end up in that moment, but I knew that I had to get away," she stated. "I didn't know exactly what they wanted from me, but I knew it wasn't good. I put up my hands. I surrendered, I gave them everything they needed but the moment I tried running away, the guy on my side of the car grabbed me and he pulled me and he pushed me back into the car, yelling at me, 'Get in, you're going with us.'"

Demi-Leigh went on to explain that the frightening ordeal was far from over as she ran through traffic, searching for anyone to help her.

"As I ran up that avenue, I knocked on about 30, 40 car windows," she continued. "And do you know how many cars stopped for me? Not one. Not one person stopped to help. And I don't know what was more terrifying...being attacked by these five armed men, or not getting any help."

She said that she kept running and knocking on car windows. Then a teenager pulled over and told her to get in.

"And she let me into her car. And she took me to safety," Demi-Leigh said, adding that if it weren't for that 19-year-old girl, she doesn't know what would have happened to her.

"I don't know if those men would have followed me, grabbed me, who knows. But I try not to think about that," she said.

She concluded her story by acknowledging the act of grace by that young woman, then encouraged others not to look away when a stranger is seeking help.

For her birthday this year, Demi-Leigh launched a fundraiser aiming to restore the lives of survivors of human trafficking. Within the first two days of starting the campaign, they exceeded their goal of $26,000. Funds raised will go to Her Song, one of the anti-human trafficking outreaches of the Tim Tebow Foundation (TTF), and provide much-need shelter, physical and spiritual care for victims.

The Tebows have led multiple efforts to raise awareness of human trafficking.

What's next in our fight against Human Trafficking? We have been blown away by your support and desire to get involved. So, we're building a team - The Rescue Team. Sign up to be the first to get the details of the team! https://t.co/TmFIAWSII7

In partnership with organizations in both the U.S. and internationally, the couple is implementing programs designed to reduce the number of human trafficking victims.

And they support the survivors' recovery by sharing the life-changing message of the Gospel, so they may overcome the trauma and abuse they have suffered.