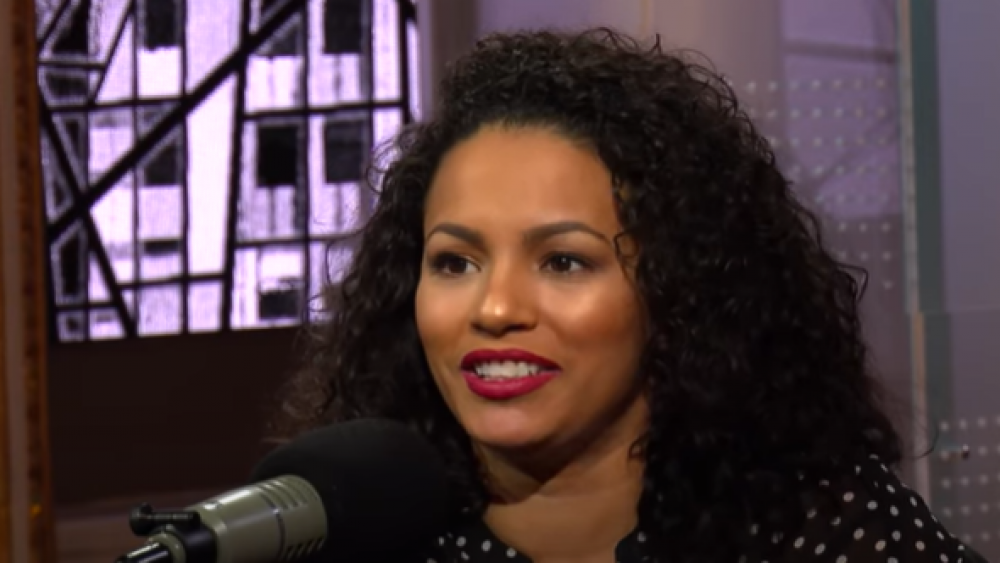 Actress April Hernandez Castillo has a new book out, highlighting the personal challenges that she's overcome along the way to finding success in Hollywood. She attributes her achievements to strength, perseverance, and a commitment to Jesus Christ.

In her memoir, Embracing Me, the 41-year-old talks about overcoming an abusive relationship and the trauma she experienced after having an abortion. Hernandez Castillo discusses her conversion to Christianity, which she says "was very difficult in the beginning."

While her book offers a deeper look at her struggles, she's been on a journey with Christ for more than a decade. During a previous interview with CBN, the actress explained that becoming a Christian was anything but easy.

Before accepting Christ, Hernandez Castillo was living her dream in Hollywood with guest-starring roles on several hit TV series, like Law and Order and ER. But her breakout role came in 2007 when she played "Eva Benitez" in the film Freedom Writers starring Oscar-winning actress Hilary Swank, Patrick Dempsey, and Scott Glenn.

But after she agreed to living a life obedient to God, she went through a "desert time" where she could not find acting jobs for three years. She told CBN that God was taking away her dreams so she could fulfill His plans for her.

"I believe that it was God. He really had to strip me of my character. He had to break everything that I had put in my mind. God said 'I can't be second, I have to be first.' And what made it so difficult was that I felt so alone like I didn't have anyone I could communicate with and have them tell me 'I know how you feel.'"

The actress said she kept her heart and head connected with Christ by remembering her past and all that she's lived through.

"Paul says, 'Remember where He brought you from' and that to me is the essence of what keeps me grounded. At any moment, this can be taken away from me, and I just need to cherish this gift."

She got through her desert time and continued to move forward with what God had planned for her.

In her book, she opens up about the pain that followed after having an abortion many years ago.

"When it comes to the topic of abortion, it took me close to 20 years to feel safe to share that part of my life," she told The Christian Post. "Because the moment that you begin talking about it, it's like no matter what you say, people politicize it, and people are waiting for you to choose a side. The moment that you don't choose a side, then that means that you don't really believe in Jesus or you don't believe in every other message."

And Hernandez Castillo recently announced that she's made a return to television, starring in The Prodigal Son.

"I just wanted to share the good news of me being able to be back on television," she said. "It's been interesting still in the midst of a pandemic. God is good."

Hernandez Castillo has been married to her husband Jose since 2007 and they have two daughters.

To find out more about April Hernandez-Castillo and her book Embracing Me, click here.