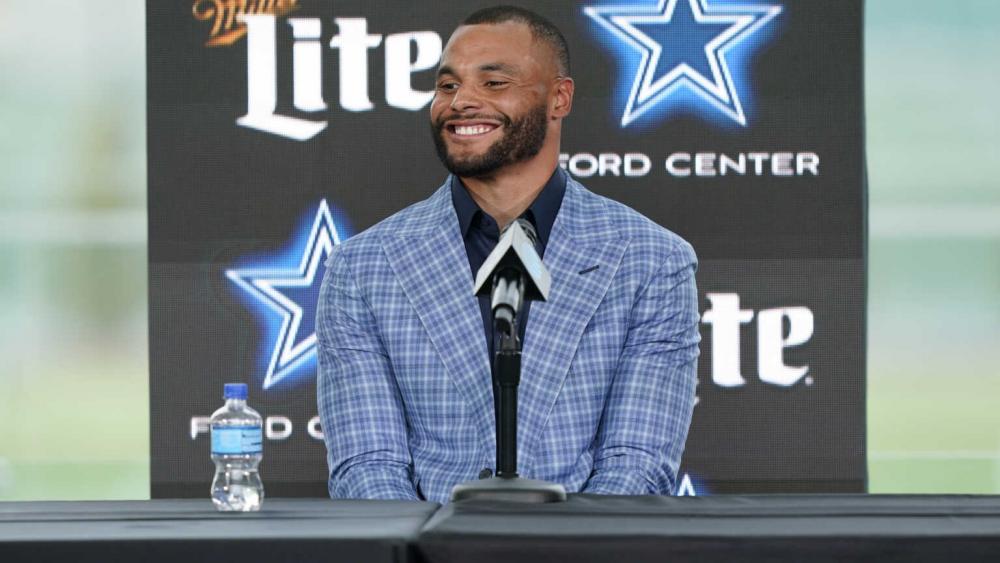 During a week 5 battle against division rival New York last year, Dallas Cowboys star QB Dak Prescott suffered a gruesome injury that left his right ankle pointing sideways. He was carted off the field, ruled out for the season, and diagnosed with a compound fracture and dislocation of his right ankle.

"I have to thank Alex Smith..."@Dak speaks to how Alex Smith's recovery inspired his own pic.twitter.com/zBlItFY6ex

A promising young season was over, and the long journey to recovery began with a successful surgery. But instead of wallowing in sadness – particularly because he had chosen to wait on signing a long-term contract extension and could have potentially just lost tens of millions of dollars – he adopted a fighter’s mentality.

And now he’s on the mend and fresh off signing a massive, four-year $160 million dollar deal with the Cowboys.

“To me it wasn’t a gamble,” Prescott said when asked how he had felt during his injury knowing he’d passed up big money. “Even sitting there holding my leg, trying to put it back into place… that’s just what God’s thrown at me. If you’ve known my life if you’ve known my story, whatever circumstance that is, I’m going to take it with a smile and be thankful that God has put me in position to overcome it to be an example to others.”

He also thanked Washington QB Alex Smith for providing hope that he could indeed battle back from the severe injury he suffered early last season. “To see somebody who’s already done it, and did it in actually worse circumstances, that allowed my mind just to go to straight ‘hey, I can do this. I’m gonna beat this, it’s just a matter of time.'”

“I’m insulted when people say I gambled because you get out of what you put into something and I’ve given so much and I’m going to continue to give, that’s how you reap the rewards.”