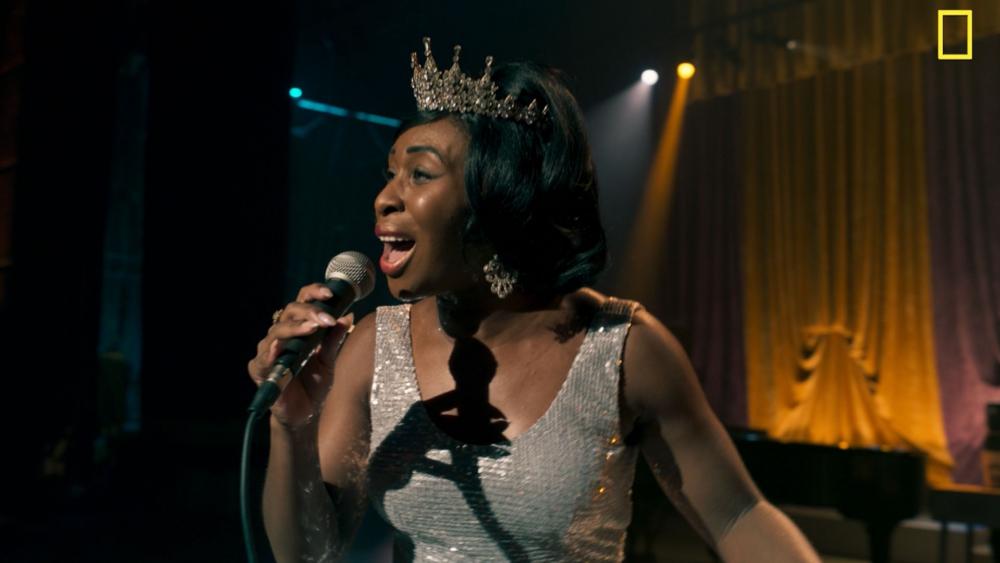 March is Women's History Month and the spotlight is on the "Queen of Soul," Aretha Franklin.

Franklin is the focus of Genius: Aretha, the National Geographic's Emmy-winning series, dramatizing the stories of the world's most brilliant innovators.

With this season beginning on Sunday, the series will explore Franklin's musical genius.

During an interview with CBN's Studio 5, Erivo explained that Franklin has marked our history with a unique level of brilliance.

"The long catalog of music she shared with us, not just because of the songs that they were and the music that they gave us but because of the stories they were telling. She was able to use the experiences in her life, use the emotions she had, and infuse her music with it. So, we got to know her through these pieces of music."

"She taught black businesswomen in the music industry how to stand up for ourselves and I hope people get that from watching this. She really wanted to be a valued part of the creation of her music," Ervio added. "That's only part of her brilliance on top of which she was an activist for feminist and for civil rights. To do all of that while being an artist is really very special."

Erivo admitted that there was a sense of pressure while playing Franklin since she is also one of her heroes.

"It's just a huge overwhelming sense of responsibility because you really want to tell the story as fully, as truthfully, and as honestly as you can. There was a small voice in my head trying to make sure that we don't play pretending. I really want to be in the moment every time we were doing a scene and tell the story as fully as I could. It's a huge responsibility but it's not one that I take lightly. That's where the work begins where you actually tell the story."

The actress said her Nigerian culture helped her identify with Franklin's strong connection to Gospel music.

"I was listening to Gospel when I was a little girl because I recognized the voices and there's something in the Nigerian culture that calls to the very root of where Gospel begins and it's the rhythm, the sounds, the songs we sing," the actress explained. "There are so many songs that are current and known now that Nigerians have been singing in their plainest way and they come together and make this new sound that I've always been connected to because I recognize myself in them.

"To hear that the root of where she began really was Gospel...just to go back and sing some of those songs, felt good."

To find out more about Genius: Aretha, click here.