Chuck Norris Honors His 100-Year-Old Mom for Mother's Day: 'My Mother Has Prayed for Me all My Life' 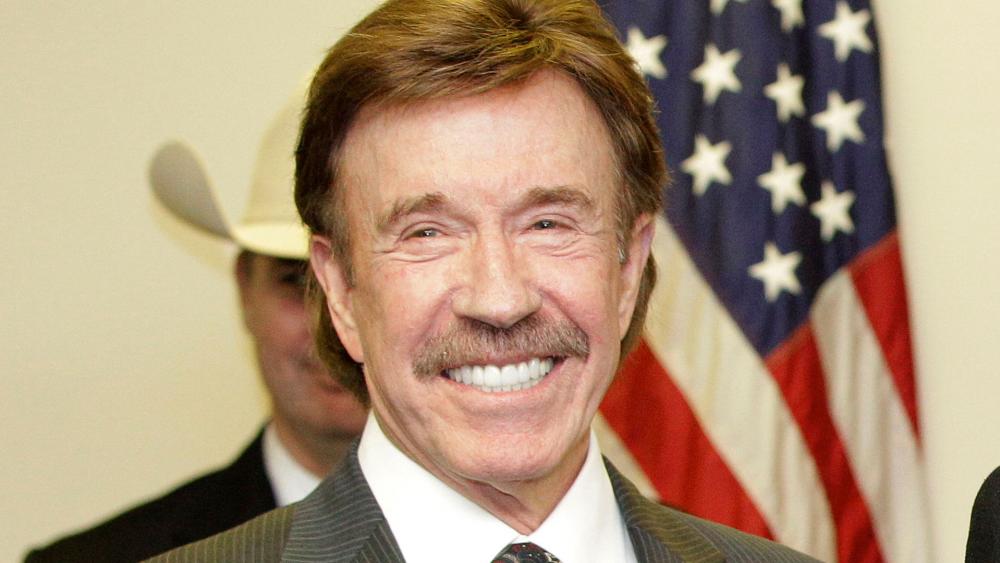 In an exclusive article for WND.com, Norris wrote about how his mom Wilma Norris Knight was born into poverty in rural Wilson, Oklahoma on May 4, 1921. It's "where I grew up too," he added.

"I can't believe it, and neither can my mom," the actor wrote. "She turns 100 years young this week on May 4. Wow! I looked at her a few days ago and said, 'You're a centenarian!' She replied in jest, 'I'm not a centipede!'"

Chuck Norris, 81, explains how difficult the first years of his mother's life really were. Living through abject poverty, she became a ward of the state at 8 years of age, and was treated for two years for a rare disease while living in a children's hospital. Then after regaining her health, she raised her family during the Great Depression.

The actor explained his father abandoned their family and his mother had to raise three boys alone, but she was a great example to them.

"Mom has been an example of perseverance and faith her whole life," Norris writes. "She's also endured the deaths of her two husbands, a stepson, two grandchildren, and my younger brother Wieland in the Vietnam War. She's had cancer repeatedly and has gone through roughly 30 different surgeries for a host of issues – and yet she's still here to tell about it."

The actor pointed directly to his mother's active prayer life.

"My mother has prayed for me all my life, through thick and thin," Norris explains in the WND article. "When I was born, I almost died from complications. When nearly losing my soul to Hollywood a few decades ago, she was back home praying for my success and salvation. She even prayed for me to find a woman to change my life, and it worked. I equally celebrate my wife, Gena, during this Mother's Day week. Gena helps me run all my enterprises and is CEO of our new artesian bottled water company, CFORCE. But most of all she is the mother of our twins, the love of my life, and my best friend."

The former star of the CBS-TV series "Walker, Texas Ranger," a role for which he's still known, explained that without his mother and his wife, he wouldn't be the man he is today.

"I am overwhelmed with gratitude to God for these two incredible women's influence in my life," Norris wrote in his Mother's Day tribute.

The veteran actor then recalled a Spanish proverb that says: "An ounce of mother is worth a pound of clergy."

"I love you, Mom! Happy 100th birthday! And Happy Mother's Day, Mom and Gena! I thank God for you both every day! And I thank you for helping God to make me all I can and should be," Norris concluded.

Knight appeared on the Mike Huckabee Show in 2012 where she talked about her son Carlos (Chuck) and the mantle of responsibility for his two brothers he assumed when he was only 14.

During the interview, Huckabee asked her, "What were the secrets that you gave them as a mother?"

"I kept them in church and Sunday school, I taught Sunday school, and we had our prayers all the time," she replied. "Spiritual life was very important to me. Still is."

When asked what advice she would give to young parents in raising their children, she said, "Give them lots of love. Take them to church and Sunday school. But you see God didn't give us our children. He only loaned them to us for a while."

Watch the interview with Wilma Norris Knight from 2012 below: