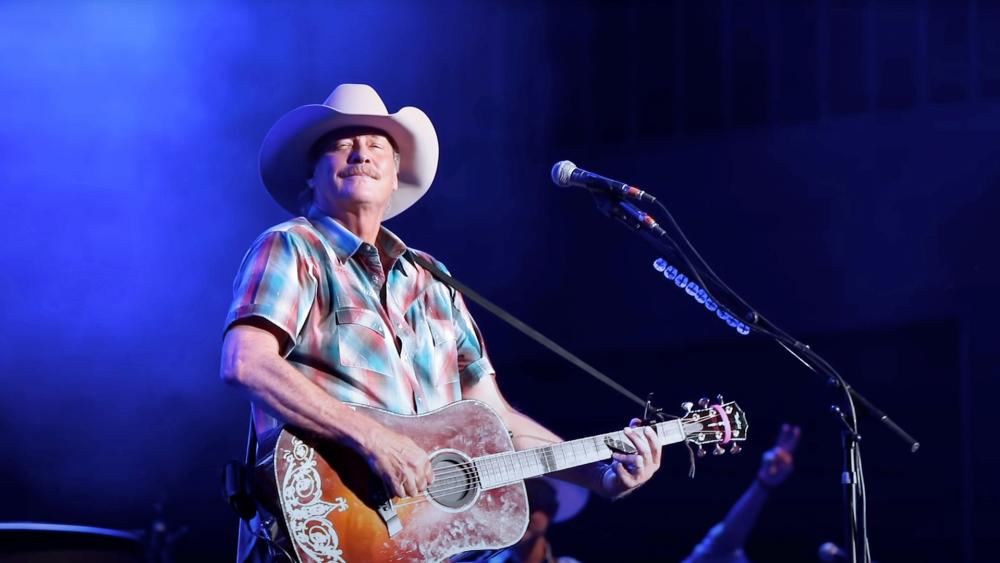 Fans of Country music icon Alan Jackson can surely tell you it's been a long six years since he's released a new album.

The multi-hit musician is known for his unmistakable voice and bend toward more traditional Country music, songs about family, country, and faith. He's a member of the Grand Ole Opry and has won more than 30 awards for his music, always drawing fans wherever he's in concert.

However, some big blows in life caused Jackson to pause the music for a while. He tells the editor-in-chief of Yahoo Music that he just didn't really feel like writing music after the back-to-back loss of his mother Ruth Musick Jackson in 2017, and then his son-in-law Ben Selecman in 2018.

"When you're the daddy and you kind of feel like you're the head man, and you've got your wife and your daughters and everybody, you really hurt more for them going through it. It just took a long time for me to feel good again, to feel like I actually wanted to sit down and try to write something," he says.

Jackson says he didn't mean for it to be so long between albums, but with personal tragedy and the pandemic, the timing just wasn't right.

"Well, when my mother died, I wrote that song on the album for her and for her funeral, and I went in the studio to do a little demo of it. I ended up cutting a couple of other tracks for when we thought we'd be going in the studio later that year," Jackson said.

"And then that's when my first daughter, who had gotten married a year before…her husband died actually right before their first anniversary. That kind of put a halt on everything for a while, and so those tracks kind of lay there for two or three years till we got back in the studio," he went on to say.

Jackson says, "By the time I got ready to get in the studio last spring, the coronavirus really shut everything down again."

The new album is called "Where Have You Gone." He says the title isn't about his personal tragedy necessarily but his thoughts on what's happening with classic Country music. He calls it a "lost love."

Jackson says he's not criticizing Country music today and there's "good music out there." He's just a big fan of real, traditional Country and you don't see it as much.

When he was ready to write and make the album, Jackson told his producer, "Man, we're going to make a Country album. I don't have to worry about radio anymore; they probably won't play me anyway. I'm just going to make what I like — and what I know my fans like."

"And we went in there and I brought these old pickers back that played on most of my records, and they played some of the coolest tracks that we've played in 30 years. When Keith sent me those first two or three cuts that were kind of half-done, it just about made me tear up," he said.

The album reflects Jackson's love for the classic sound of steel guitars and fiddles. It has several upbeat songs and then others that reflect his love for family and his faith.

One stirring song is in memory of his mother and features an audio track of her reading the Bible.

He told Yahoo Entertainment how that all came about, "We had already finished the album pretty much last fall, and around Christmastime one of my sisters sent this recording to us that they had found, I guess from a few years ago when Mom was still doing pretty good. They had her read the Christmas story from the Bible and some other things, just to have a recording of her, and they sent that for Christmas. And I said, 'Man, that's so cool.' So, we tried to pull out a line that wasn't so Christmassy in there that would work. I was just so happy to get that. And I just think it makes the song."