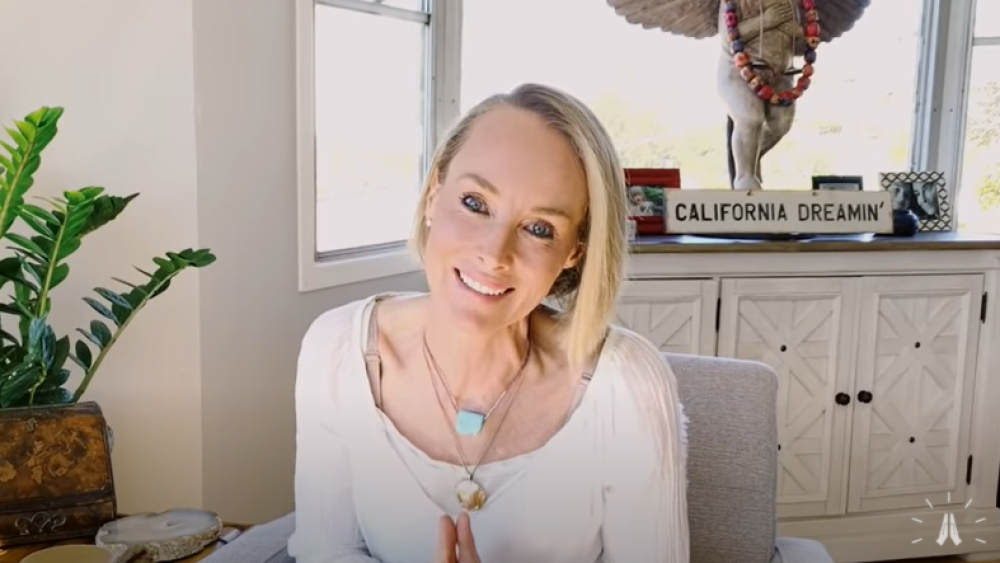 Singer and actress Chynna Phillips has been sharing powerful and meaningful messages about salvation through Jesus Christ with thousands of people since launching her YouTube Channel, "California Preachin" two years ago.

The outspoken Christian calls herself a "YouTube queen for the King, Jesus‼️" and is using the channel to impart stories about her faith and the strength she has gained by having a relationship with the Lord.

In a video posted on Saturday, Phillips pointed out that love is powerful and it can change the way we perceive and react toward something. She explained that putting our "love lenses" on, allows us to see things through the eyes of Jesus.

Phillips explained how difficult it can be to give all the control to God but that we are called to diligent servants who trust and obey the Lord.

"When we come to Christ, we are not sinless...of course we are still sinners but we sin less," Phillips noted. "My fleshy self wants to refuse, reject, and rebel. I want to be my own king, master, and lord. I don't want anyone telling me what to do. That's just not what Christ calls us to do. Once we give our lives to Jesus, we have a new employer... we've got a Boss. We have to run everything past the Boss."

She recalled early on in her faith, asking God to "release" her of the "meaningless and empty life" she had, in an attempt to live more righteously.

"I just remember saying, God, what is this all about? Heal my life, make it matter. Make it mean something, make it holy. God is doing what I asked. He's releasing me of my meaningless and empty life."

During a recent interview with Becket Cook, Phillips discussed her initial dramatic conversion to Christianity while saying a salvation prayer when she was 12-years-old, and why it took so many years before she truly turned toward Christ.

"I felt like I was being cleansed, like a holy scan, was going down my body and every trauma, abuse, and heartache just went out of my body all the way down to my feet and then out," she said." It was so holy and I knew that it was the power of God and in that moment, I knew that Jesus Christ was God."

Phillips explained that she had to "compartmentalize" that moment after returning home to her broken family, because she had no one to disciple her and train her in the truth of Christ, but she never let it completely slip away.

"It was so beautiful and so sacred and I knew that it was a truth that was kind of mine that I held away in a safe little chamber. I always recalled it."

In the years following her spiritual encounter, Phillips had a rocky adolescence that led to drug and alcohol abuse. She sought guidance from psychics, tried Buddhism, and used tarot cards.

And she started believing that if God really loved her, He wouldn't have permitted all of the trauma she experienced.

"I think there was a part of me that felt like if God truly loved me, all of those horrible things wouldn't have happened to me," Phillips declared. "On some subconscious level I just said, I tried Jesus and that didn't work."

Then in her early 30's, Phillips truly felt the love of Jesus in her heart after her brother-in-law and his wife prayed over her.

"The Holy Spirit has a way of just immediately cracking your heart open," she said. "I don't remember what they prayed over me but then I stood straight up and said, it's Jesus from this day forward, only Jesus. I live for Him, He's my life, He's my purpose, He's my reason and I will live from this day forward to serve Him. He's my God."

Today, she is "walking with the J-Man" and encourages everyone to "detonate" their faith every day. Phillips explained that living for Jesus doesn't have to so hard if we believe that He is the way, the truth, and the life.

"The Bible says that whoever believes that Jesus is Christ has been born of God. Live in that. Stand in that. Breathe in that. We are worshipping an invisible God and that's not easy to do. I think that it can be as easy as our breath if we just try not to complicate it too much. Just tell Jesus that you love Him," she concluded.

Phillips is the daughter of The Mamas & the Papas band members, John and Michelle Phillips. She rose to fame on her own with the band Wilson Phillips with huge hits like "Hold On" and "You Won't See Me Cry". She has been married to actor Billy Baldwin for 25 years.