'God Raised Me to My Feet': WBC Heavyweight Champ Tyson Fury Thanks Jesus After Bout with Deontay Wilder 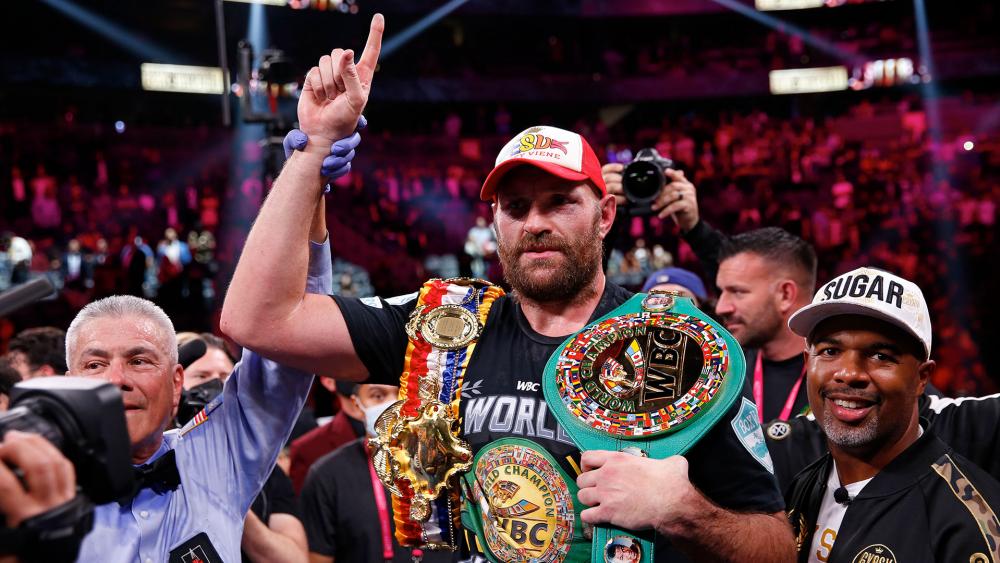 After three fights over the last three years featuring nine combined knockdowns and a wealth of unforgettable moments, British fighter Tyson Fury finally ended his epic rivalry with Deontay Wilder with one final punch during the 11th round of their heavyweight fight Saturday night in Las Vegas, Nevada.

Fury got up from the canvas twice in the fourth round and eventually stopped Wilder with a devastating right, retaining his World Boxing Council heavyweight title. He had defeated Wilder back in February of 2020 to earn the championship belt.

After the fight, the undefeated boxer (31-0-1, 22 KOs) nicknamed "The Gypsie King" gave a post-fight interview ringside with BT Sports Box Office.  After the interviewer asked the first question, Fury replied, "I would like to say thank you to my Lord and Saviour Jesus Christ. In the mighty name of Jesus, I won this fight tonight again. I give him the glory. He gives me the victory."

During the post-fight interview, Fury wore a baseball cap emblazoned with the words, "Jesus: El Rey Viene," a Spanish phrase that means "Jesus, the King is coming."

Thank you to my lord and saviour Jesus Christ!

"I was down a couple of times. I was hurt. He's a strong puncher. He is a tough man. I was hitting him with some big shots. And my Lord and Savior rose me to my feet tonight to give him the glory," Fury added.

He was asked if there was any respect between the two men after three fights lasting 33 rounds.

"It was a great fight tonight," he said. "It was worthy of any trilogy in the history of the sport. I'm not going to make any excuses. Wilder is a tough fighter. He gave me a real run for my money tonight. And I've always said I'm the best in the world and he's the second-best. He's got no love for me, Deontay Wilder because I've beat him three times. And I'm like, I'm a sportsman. I want some love and opportunity to show him some respect and he didn't want to give it back."

"So that's Deontay's problem. I'll pray for him, so God will soften his heart," Fury continued.

Fury is known for speaking out about his faith and praising God after a victory.

Wilder (42-2-1) was knocked down in the third round and appeared to be on his way out, but he improbably rallied to knock down Fury twice in the final minutes of the fourth. The British champion was profoundly shaken, but he also gathered himself and fought on.

The bout was another loss for Wilder, but a validation of the former U.S. Olympian's impressive toughness, as well as his determination to get this third fight even after the one-sided nature of their second meeting.

"He caught me twice in the fourth round, but I was never thinking, 'Oh, this is over,'" he said. "He shook me, put me down, but that's boxing, and that's life as well. It's not how many times you get knocked down. You've got to keep fighting and keep moving forward."

The fight likely concluded one of the most memorable rivalries in recent boxing history — a trilogy defined by two remarkable displays of pugilistic tenacity. Fury said the rivalry is "done now, done for good."

After his interview in front of the 15,820 boxing fans at T-Mobile Arena on the south end of the Las Vegas Strip, Fury took the interviewer's microphone in hand and then broke into a rendition of "Walking in Memphis," in keeping with his post-fight tradition of serenading his crowds. 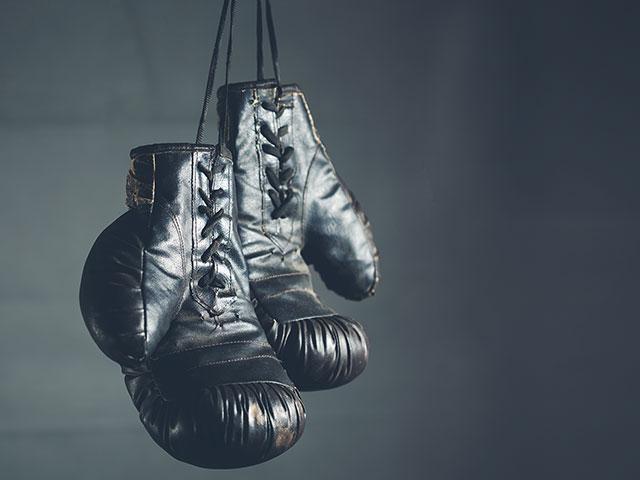