'You're Not Giving Anyone Freedom': NBA Player Speaks Out Against Vax Mandates 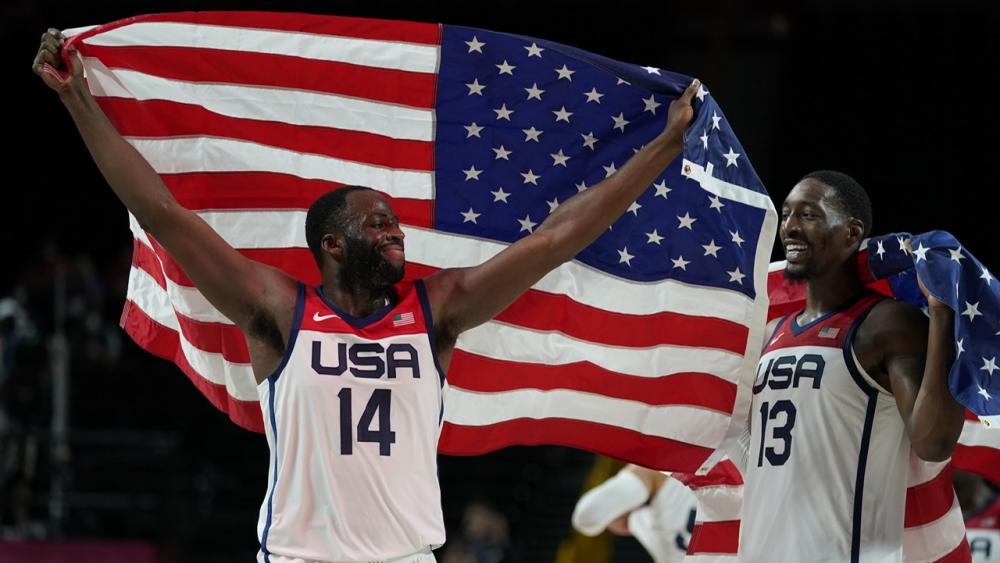 Golden State Warriors forward Draymond Green said this week it’s not his place to tell his teammate to get vaccinated against COVID-19, pushing back against mandates and the politicization of the pandemic and its restrictions.

“You have to honor people’s feelings and their own personal beliefs,” Green said, referring to the continual push for vaccination. “I think that’s been lost when it comes to vaccinated and non-vaccinated. … You say we live in the land of the free. Well, you’re not giving anyone freedom, because you’re making people do something, essentially. Without necessarily making them, you’re making them do something.”

“That goes against everything that America stands for — or supposedly stands for,” he continued. “And so … I know I’m not in any position to tell him what he should or shouldn’t be doing and, as a leader of this team, I’m not gonna go to him [and tell him to get vaccinated].”

Another day another common sense take from an NBA player.
pic.twitter.com/n9UzKhWz97

Green’s comments to reporters were in reference to teammate Andrew Wiggins, who has, so far, refused to take the shots against COVID-19.

For now, Wiggins is participating in daily team activities. However, if he chooses to remain unvaccinated against the coronavirus, he will face significant consequences, NBC Sports reported.

Officials in the city of San Francisco have mandated all people entering an indoor “mega-event,” defined as a gathering of more than 5,000 individuals, must be fully inoculated against COVID-19. So, unless he takes the shots, Wiggins will be barred from playing at the Chase Center when the Warriors open their home schedule Oct. 21.

The NBA announced this week it will dock players’ pay for games missed as a result of COVID-19 vaccination mandates, according to Yahoo Sports. Wiggins, for his part, will forfeit around $385,000 in pre-tax pay per game. His annual salary is $31.5 million.

Regardless, Green said it’s not his place to tell Wiggins what to do with his body.

“Just because I am a leader of this team, that doesn’t give me the right to go tell him what to do with his [body],” Green explained. “That’s his personal choice.”

Green, referencing the birth of Wiggins’ second child earlier this year, said some personal choices are more important than his job as an athlete.

His comments come the same week NBA superstar LeBron James said people should be free to make their own choices on vaccination.

Like Green, James said he doesn’t feel he “should get involved in what people should do for their bodies and their livelihoods.”

Brooklyn Nets player Kyrie Irving — who is reluctant to get vaccinated — could lose more than $18 million this season, so long as he refuses to take the shots.

In addition, Orlando Magic forward Jonathan Isaac explained to the press he is skipping vaccination for now because he has had COVID-19, stating his natural immunity negates the need for inoculation against the illness.

ESPN host Sage Steele also called out her employer, the Walt Disney Company, for mandating vaccination for staff members. She described the rule as “sick” and “scary” during an appearance on former Chicago Bears quarterback Jay Cutler’s podcast.

Ultimately, though, she reluctantly took the shots to keep her job.

“I have a job, a job that I love and, frankly, a job that I need,” said Steele. “I’m not surprised it got to this point, especially with Disney. I mean, a global company like that. The mandate is what I really have an issue with. I don’t know what comes next, but I do know, for me personally, I feel defeated.”