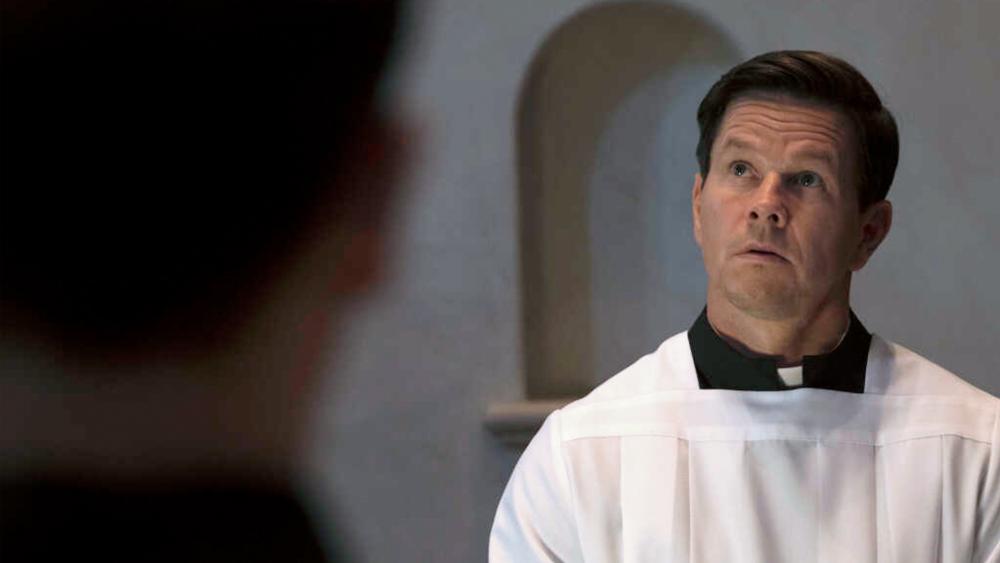 Success is a tricky word to define. For Mark Wahlberg, its arc is bent toward eternity.

That trajectory provides much-needed context to the famed actor’s newest film, “Father Stu,” which debuts in theatres nationwide next week, just in time for Easter. The movie tells the story of the late Stuart Long, an amateur boxer who seemed constantly searching before ultimately finding the answers he didn’t know he needed.

Long, who died in 2014 at the age of 50 after suffering for years with a degenerative illness called inclusion body myositis, moved to Hollywood from Helena, Montana, in hopes of launching a movie career. That, though, didn’t pan out exactly as he’d hoped. While in Los Angeles, Long met a devout Catholic woman who taught Sunday school and — in an attempt to woo her — began attending church services.

But after an unanticipated watershed moment, what started out as a means to an end became a way of life that eventually led Long to join the priesthood and become the man he was until his death: Father Stu.

Wahlberg, himself a devout Catholic, was struck by Long’s story and felt what he described to CBN’s Faithwire as “a calling” to give it the Hollywood treatment. In fact, Wahlberg was so determined to make the film, he invested his own money in the movie — a risk he was willing to take because he was confident God was behind the project.

“There were powers that be at work here and have been since the very beginning, to intercede along the way and make the movie the right way and get the reaction that we’re getting,” he explained, later crediting God as the reason Long’s story translated so well into a movie.

The film touches on a whole host of issues, from finding purpose in suffering and trusting God with the unknown to practicing humility and leaving space for redemption — a practice often neglected in today’s culture.

There are aspects of the film — which, although inspiring, is gritty and profane — that parallel Walhberg’s own life. Like Long, the 50-year-old movie star had a rough exterior and a bit of a bad-boy reputation in his younger years. Before becoming a household name as “Marky Mark,” riding his brother Donnie’s coattails in the music industry, and eventually as an Academy Award-nominated actor, Wahlberg had a slew of run-ins with the law.

Now a believer, Wahlberg has experienced redemption in his personal life and believes our culture could benefit from equal doses of grace and forgiveness.

“This movie has a very clear message that we are not going to give up on people,” he said. “We are not going to turn our backs on people because of mistakes that they’ve made. We are going to tell people and encourage people that nobody is beyond redemption and that we support you, we love you, we accept you for who you are.”

Part of why cancel culture is so toxic is because, as Wahlberg said, “there’s nothing worse than when somebody realizes that people don’t care,” because it causes them to “lose hope and have no faith.”

“You cannot give up on people,” the A-lister continued. “And people are so quick to turn their backs on people. And negativity as a whole has just been amplified in a way that it’s really hard to remind people of the importance of loving and supporting people. People can do incredible things.”

Wahlberg himself is evidence of that redemption. After a wake-up call of his own many years ago, when he spent a little more than a month behind bars, Wahlberg began to focus on his own Christian faith and, as a result, “all these little good things started to happen” in his life.

This latest film, “Father Stu,” seems to mark the start of a new chapter in Wahlberg’s life, one less focused on worldly success and more on leaving a legacy of faith.

“I’m kind of doing all this not to continue to grow my career, but to utilize my career for good and to do God’s work,” he said, noting making “Father Stu,” which co-stars Mel Gibson, Jacki Weaver, and Teresa Ruiz, was a bit of a test to show film studios that American moviegoers are eager for films that chronicle redemptive stories.

By nearly every metric, Wahlberg is the picture of success: a highly acclaimed actor in his prime. But at this stage in his life, he’s measuring success not by the accolades and film credits behind his name, but by how God sees him.

“If this is a movie that really changes people’s lives and motivates them and inspires them to do great things — you know, all I really gotta do is convert one person, and I get to go through the pearly gates,” he explained. “So If I can continue to do that in a major way, remaining humble and just doing it for all the right reasons, then I would much rather have that be my legacy than being the biggest box office star in the world.”

“I would like to have a legacy that I had a positive impact on some people,” Wahlberg added.

The actor’s newest film, “Father Stu,” debuts in theatres around the country beginning April 13. The movie, it should be noted, is rated “R” due to the frequent use of strong language that might be offensive to our readers.