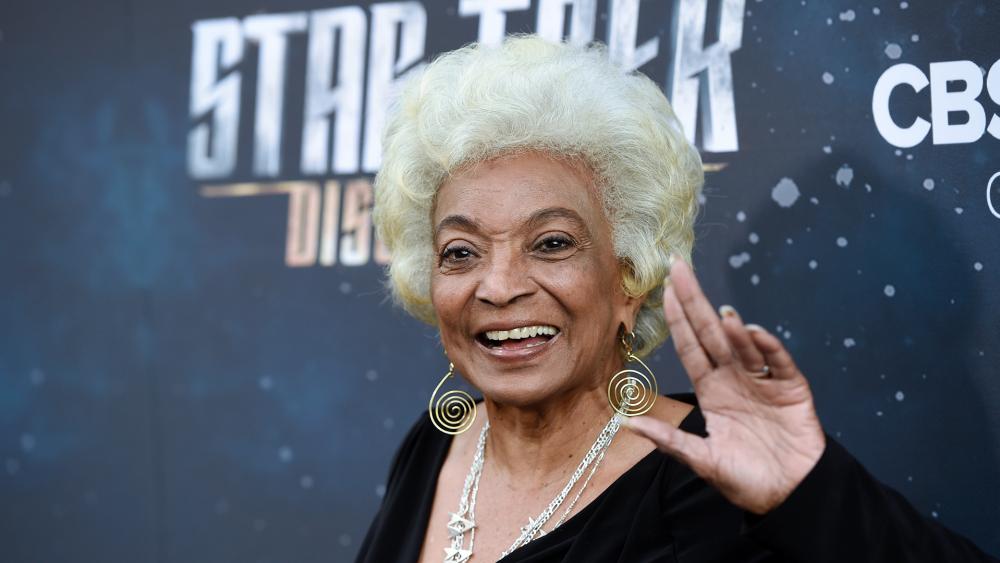 Nichelle Nichols, known for her iconic role as Lt. Nyota Uhura in “Star Trek: The Original Series,” passed away over the weekend. One incredible aspect of her story most in the media will leave out is her Christian faith and the surprising way she helped share the Gospel with co-star William Shatner.

To so many, Nichols was known for blazing a new trail for black women in the entertainment industry. In fact, it was Martin Luther King, Jr., who convinced Nichols — who wanted to leave screen acting for the stage — to continue starring in the TV show.

He told her, “You cannot abdicate your position. You are changing the minds of people across the world, because, for the first time, through you, we see ourselves and what can be.”

Nichols was also reportedly a woman of deep and abiding Christian faith.

Dylan Novak, known online as “The Celebrity Evangelist,” shared on Facebook Sunday he met Nichols in 2016 at a comic convention. It was there he learned — after sharing the Gospel with her — that Nichols was already a believer. He recalled her telling him, “No fan has ever cared about my eternal life before.”

He then explained the powerful way Nichols contributed to his effort to witness to Shatner.

“She went on to share her testimony of coming to know Jesus as her personal Lord and Savior,” Novak wrote. “She asked if I was going to share Jesus with William [Shatner], who was at the same comic con. I told her I was, and she handed me $100 and said, ‘It’s on me. Go show him Jesus’ love.'”

“After leaving Mr. Shatner’s line (which was right next to hers), she clapped and asked me how he responded, and told me she would start praying for him more,” he added.

For years, Novak, now a youth pastor in Knoxville, Tennessee, has traveled around the country sharing the Gospel with actors, authors, and recording artists.

He recently appeared on CBN News’ “Quick Start” podcast, where he revealed what it was like to witness to “Top Gun” star and famed Scientologist Tom Cruise:

Novak also appeared on “The Prodigal Stories Podcast,” recounting in detail his own journey to faith and explaining how he came to find a calling to minister to famous people who rarely encounter the Gospel.

Please be in prayer for the loved ones of Nichelle Nichols as they grieve their loss. She was 89 years old.