'The Moment that Changed Everything': Singer Anne Wilson Shares How a Tragedy Helped Her Realize What She Was Born to Do 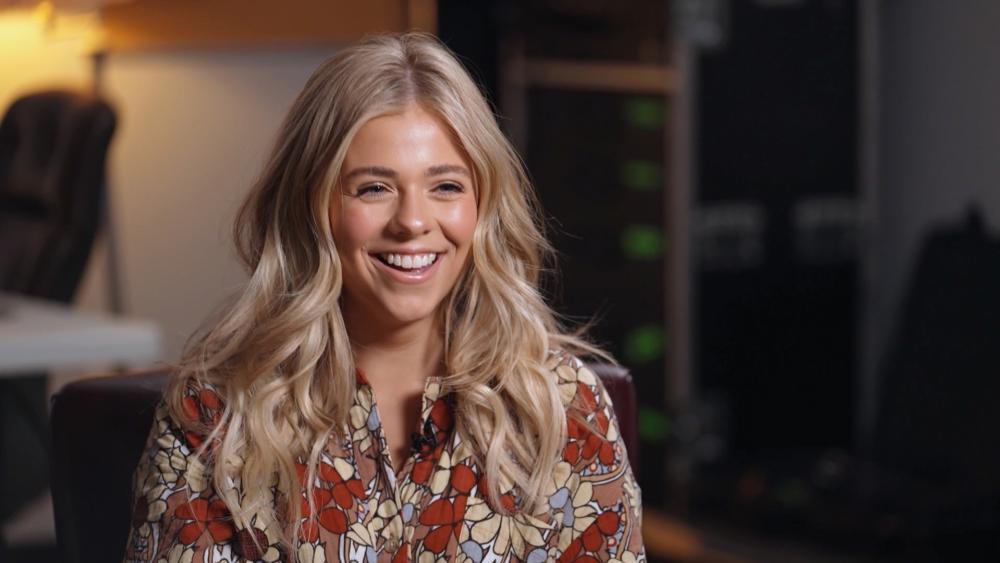 6310286848112
'The Moment that Changed Everything': Singer Anne Wilson Shares How a Tragedy Helped Her Realize What She Was Born to Do

Singer-songwriter Anne Wilson knows the healing power of music firsthand. The lyrics of Hillsong Worship's "What A Beautiful Name" became a lifeline for the Lexington, Kentucky native after her brother was tragically killed in a car accident at the age of 23.

Although she spent much of her childhood behind a piano, Wilson sang in front of an audience for the first time at her brother's funeral. It was at that moment that she realized what she was born to do.

At this year's K-Love Fan Awards, Wilson was honored as Female Artist of the Year, and was also the winner of this year's breakout single award for "My Jesus," the title song of her debut album.

"That was insane," the singer said in an interview.

She says she was not even thinking of a career is singing.

"I wanted to be an astronaut and work for NASA," she said with a laugh. "I just had this, like, really deep love for space. And I wanted to explore God's creation on a whole new level. So I was pursuing wanting to be an astronaut, and that was my passion. And then in 2017, five years ago, my big brother Jacob passed away in a car accident. He was 23 years old. And that was the moment that changed everything," she told CBN News.

"I realized that there's such a short life that we live here on earth and the importance of following Jesus and telling people about him and his love. And I never wanted someone to have to lose a loved one and know that they didn't go to heaven. That was such a heavyweight. That was the moment that I knew that I was called to music and specifically music for the Lord and His glory. So crazy story, how it all turned out."

We asked Anne to explain where the song, "My Jesus," came from.

"Right after my brother passed away, I started journaling. I would write down the date and I would write down at the end of each day that God gotten me through another day. I wanted to prove to myself that I was going to survive the tragedy because there were a lot of days, I'm sure, for those listening like if you've lost a loved one or you've gone through anything that's just really hard, there's time for you to give up completely. And there were so many days where I just wanted to give up and go to heaven and be with Jesus and Jacob. But I would find myself that in those moments of wanting to give up, choosing not to give up was so important," she said.

"I noticed that I had only referred to the Lord as 'my Jesus'" Anne explained. "Like you would never find, 'Thank you, God, for today.' Or 'thank you, Lord.' Whatever it was. 'Thank you, my Jesus.' Or, 'I love you, my Jesus.' And I just remember having this moment of realizing why is it that I've only ever written my Jesus? And I felt the Lord speak to me and say, 'It's because it's the truth and you are Mine and I am yours, and you have a personal relationship.' And I realize that out of a personal relationship with Jesus is what was everything else."

Another single from the album is called "Sunday Sermons." Anne explained where the idea for that song originated.

"So, I grew up in church my whole life. I was raised in an incredible Christian family. My parents are amazing. I knew the Lord from a young age, knew of him, but I didn't come to know him until seventh grade where I actually accepted him as my Lord and Savior," she said. "I remember having this moment of realizing that God used every Sunday sermon, every church service to plant seeds in my life. 'Sunday Sermons' was just written as kind of a reminder to people that you're planting seeds along the way. Like if you're raising your kids in church, keep doing it because the Lord has a plan for that. He's going to use that. And for me it was just felt like the right next song and the right next single. And I love kind of the country aspect of it. It's something that we've never done before."

Anne Wilson is not just a singer. She's also a songwriter. She says the first song she ever wrote was one penned with her sister about the grief of losing their brother.

"Writing was actually something that didn't come easy to me," she said. "I feel like most artists do music. Writing's like their favorite thing ever, and they're super good at it and passionate at it. But I never really was until just over the past couple of years. And so that's kind of how it just started slowly, you know, getting developed into the writing scene. And then now it's pretty much all I do and I love it now and it's so fun, but definitely was something that I had to kind of work out and get better at."

Through it all, Anne remembers her brother Jacob and the impact he had on her life.

"One thing about Jacob was he had this perspective on people," she explained. "Someone would frustrate me and I'd be like, hey, this person did this and that. And he would always say, 'Anne we have no idea what they're walking through in their life. We're not to judge, we're not to talk about people.' And I just remember that really impacting me. And it still does to this day of knowing that to love people like Jesus loves to be kind to people like he's kind to others," she said.

And what does Anne think Jacob would say about what God is doing in her life right now?

"I just know within my heart that he would be so proud and excited and I fully believe that he's in a great cloud of witnesses and that he's able to see everything that's going on. And I know that he's watching over me."