'Jesus is our only hope': Kathie Lee Gifford Brings the Bible to Life in 'The Way' 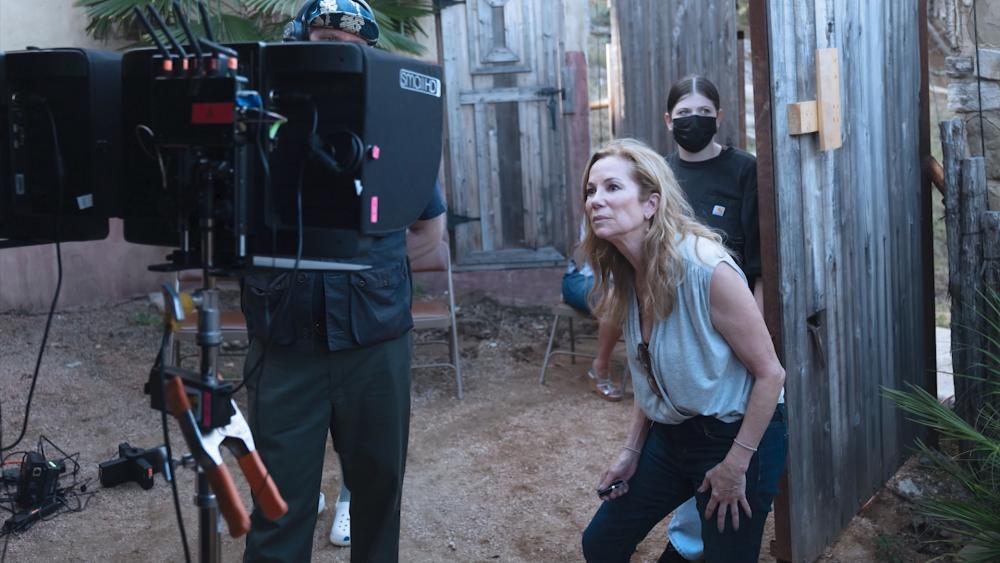 Best-selling author, actress, and TV personality Kathie Lee Gifford went behind the camera for her latest film – "The Way" – streaming now on PureFlix Entertainment. Gifford says the 75-minute musical production, which she narrates and directs, all started with a 14-minute song she wrote with recording artist Nicole C. Mullen.

"It's so profoundly beautiful because {Nicole} is so profoundly beautiful," Gifford told us. "And it worked and people just reacted to it like crazy. And I initially thought it would be something that she could use in her performances, which she does a lot of symphony concerts, but the reaction and the millions and millions of people that watched it and were totally moved and transformed by it, the Lord just spoke to me and said, Kathie, 'do more, do more.' So, I did three more with different composer friends and they turned out to be 'The God of the How and Then,' 'The God of His Word,' 'The God who Sees,' with Nicole and the fourth one is called 'The God of the Other Side.' And that was made into a film," Gifford said.

In addition to Mullen, "The Way" includes a musical cast ranging from Danny Gokey to Larry Gatlin to Bebe Winans. And Kathie Lee adds the movie is best experienced if you read the book she co-wrote with rabbi Jason Sobel called, The God of the Way, which is the companion book to the movie.

"So if you want to go deeper, Why did the Lord call Abraham? Where is the Land of Ur? Just so many questions you have when you see the movie, this is like your companion guide to get the answers you need," she explained.

It was her first time directing – which included location shoots in Israel.

"I've been going to the Holy Land since I was a teenager. It's my favorite place on the planet. And I was very, you know, upset about COVID to begin with, everybody was. But the fact that I couldn't go back to Israel and finish shooting everything in Israel where it all happened, the Lord helped us find some amazing locations like in Utah, some places in Texas. And even we shot the prodigal son and updated the prodigal son right here near about a mile from my house with an amazing cast," she said.

Kathie Lee told us what she wants people to take away from "The Way" and the companion book.

"Two things. I want them to learn more about our history and I want them more to understand the Jewish people and the Jewish faith," she said. "The original followers of our Messiah, Jesus the Savior of the world, were called followers of 'The Way.' He said, 'I am the way, the truth and the life, no one will, you know, come to the Father, except through me,' which is the best news in the whole world!" Gifford exclaimed.

Kathie Lee recently said that she used to get in a bit of a "funk'" during Christmas. I asked her why that was.

"Well, I was working at the Today Show, and that's right at Rockefeller Center, and it's very, very hard to find Jesus there during Christmas," she said. "It's all tourism, it's all commercialism, it's all secular in nature."

She also believes from her own studies that the Western world has the story of Christmas wrong.

"Jesus was not born in December," Kathie Lee said. "Jesus was conceived in December during Hanukkah, the Festival of Lights. What did He say? 'I am the light of the world. The ones who follow Me will not stumble in darkness, but will have the light of life,'" she said.

What's her hope and prayer for the world this Christmas season?

"Well, Jesus is our only hope, He's our only hope, and I guess I want people to understand that there's so much immeasurably more for them in their walk with Jesus....But, you've got to study. You got to do the work. He said in John, 'the thief comes to kill and steal and destroy, but I, Jesus, have come that you might have life and life more abundantly.' Well, the word for that in the Greek is Zoe, which means that you can't contain it. Now if you're sitting here listening to me and you and I talk and you're feeling like, I have no idea what she's talking about, I don't have that Zoe. I don't know what she means. You can have it, it's free. It's as free as your salvation is, but you have to go and find it and trust Jesus to, to show you. He'll reveal it to you."

"Seek His Word in its original form is my greatest prayer that people will start doing. That's what's going to transform the world," she added.