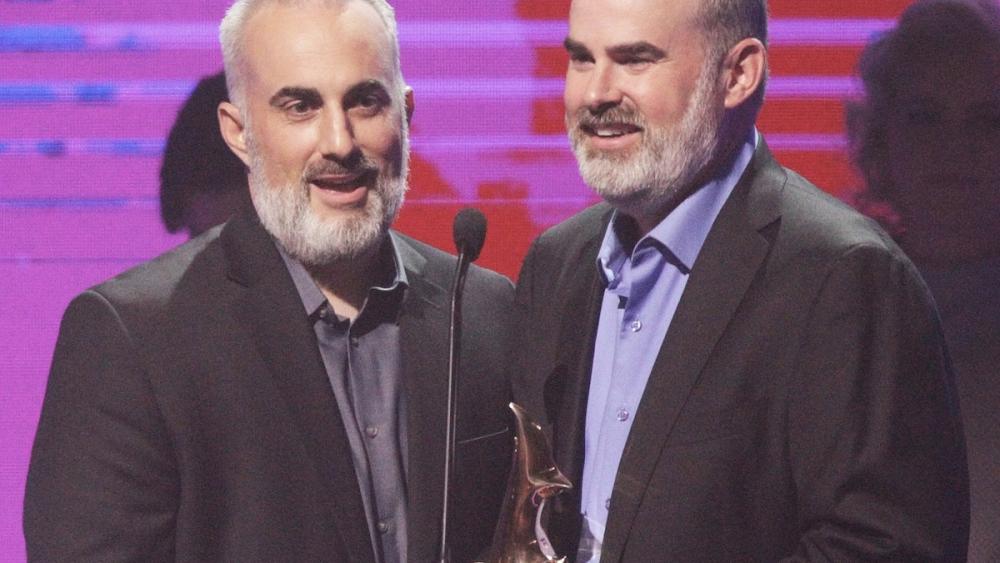 Brothers Alex and Stephen Kendrick, who have created iconic Christian films like “Facing the Giants,” “Courageous,” “Fireproof,” “War Room,” and “Overcomer,” are gearing up for a unique, new project they believe is a “divine appointment” for the times in which we’re living.

The film comes as society boisterously debates the life issue and as the U.S. Supreme Court is poised to potentially overturn Roe v. Wade, the 1973 case that codified nationalized abortion. The Kendricks, who partnered with actor Kirk Cameron to create the powerful adoption story, know the timing isn’t a coincidence.

“We know it was a divine appointment because the Lord brought us this in 2019,” Stephen Kendrick told CBN’s Faithwire. “Kirk Cameron said he was moved so emotionally he was weeping in his kitchen.”

Watch Kendrick discuss the power and importance of life — and his new film:

Kendrick said the pandemic delayed production, pushing the release to a time when life issues are now dominating the headlines. He believes the movie offers a message for such a time as this.

“We have a church that has supported a pro-life message for decades since 1973, and we’ve had people praying against Roe v Wade,” he continued. “If you look in Scripture, it is valuing all of life from the womb to the grave and realizing we’re all made in the image of God and that, when you begin to value people the way God values them, it changes everything.”

Kendrick said “Lifemark” offers a “beautiful adoption story” and a powerful pro-life message along the way. He’s hoping the movie inspires Christians to think even deeper about protecting all life.

“The church has an amazing opportunity in our generation to not only support women in crisis pregnancies, but we need to practice what James says — that pure religion is to also: take care of the widows and the orphans,” he said. “I think the church has an amazing opportunity to be the hands and feet of Jesus and our generation by reaching out and supporting adoption.”

“Lifemark” is a unique film for a plethora of reasons. In addition to its powerful adoption storyline, it’s also the first time the Kendrick brothers have conveyed a real-life story on the big screen.

“All of our other movies have been like a hodgepodge of biblical truths and amazing stories we’ve kind of put together into a fictional character,” Kendrick said. “We watched the original documentary [about this adoption story] and fell in love with it. Interviewing the real people and having them show up on set while we’re filming was pretty surreal.”

Kendrick said the experience was different from the character creation that unfolds when one is writing a movie from scratch. Rather than being compelled to creatively conjure up individuals and backstories, making “Lifemark” meant interviewing real-life people and translating their authentic stories.

“God’s made everybody unique,” Kendrick said. “Everybody’s journey is so fresh and different that, when you dive in, there’s always treasure there.”

The Kendricks want audiences to be entertained by a powerful family-friendly movie — but they also hope to spark conversations about the “value of life” and the power of persevering through faith.

“One courageous decision made in faith can completely change your life and everybody else’s life around you if you will trust God, even when you’re in a crisis and in a panic,” Kendrick said. “That’s demonstrated in this movie, but we would love to impact the culture.”

Find out more about “Lifemark.”